3 ways to put trigger-time failure in its place 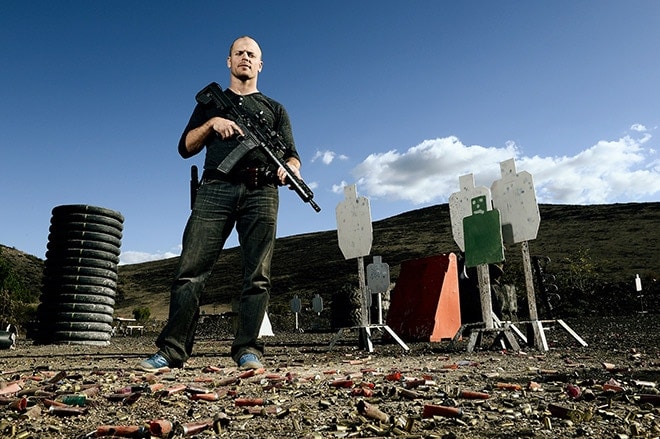 In the first half of this series, I disclosed my concern for the future of the U.S. as a “nation of riflemen” as well as the industry itself. Neither the legend nor the business will thrive when so many of the younger set seem to avoid new experiences or sustained effort, thanks to fear of failure. The instructor in me doesn’t like to leave the scene of a problem without offering solutions, so I’ve pulled from a few sources outside of the firearms realm to create this list.

1. Identify the reason for failure avoidance, and act.

Thoroughly modern personal development and business guru Tim Ferris surprisingly cites a 1959 book as one of his mainstay motivators. The Magic of Thinking Big by D.J. Schwartz holds some clues to overcoming fears of all kinds. In short, readers are advised to identify what the fear is that’s holding them back, and take action to directly mediate it.

A common form of the fear malady, as indicated by my own observation and from the input of respondents to an informal Facebook survey on this topic, is fear of what people will think. That goes both ways — fear of failing to meet a certain marksmanship standard and the perceived scoffing by witnesses, or, less often, fear of over-achieving and somehow embarrassing those who aren’t as skillful.

Schwartz calls social anxiety “fear of people” and advises keeping in mind that other people aren’t somehow superior, but just folks like yourself, with their own strengths and weaknesses. In other words, stop focusing on what others think and focus on task and technique. It’s both freeing and relaxing. If you’re in the over-achievement anxiety category, challenge yourself to do something where failure is a likely option. Shoot at a longer distance or smaller target than normal, try an unfamiliar gun, set up some malfunction drills.

Sometimes the reason for failure is simply equipment-related. If the holster you’re using takes twice as long to draw from as it should, if the gun is the wrong size or too complicated, stop fighting. Sell, give, or throw away what’s not working and get something that does. It might be just that simple.

On the other hand, failure can be a source of shame. Think about the last hunting story you read online. Did anyone talk about missing a shot and walking back to the truck disappointed? Did they go into detail about the spike buck they bagged? No. Thanks in part to social media, we expect to read only about perfect shots and magnificent trophies. But reality is much different; any real hunter knows this. In these times, we don’t talk much about non-spectacular experiences. Many new shooters and hunters thus think the winner’s medal or Boone & Crockett bull is the standard of success.

How does one deal with real, inevitable failure? Professional educator Jeanna said in my Facebook survey, people tend to blame factors outside themselves for failures. K-9 trainer Meagan Karnes, in her blog post on failure, offers a remedy for this in the form of advice from former SEAL Larry Yatch. According to Yatch, small failures should be promptly noted and viewed as cause for celebration, as they are identifiers of things one can change to make success more likely. Failure, in Yatch’s framework, is thus a form of self-empowerment. Taking blame out of the equation, and asking “what can I do about this?” puts the steering wheel firmly in your hands.

Power and community are found in the try. Step up to the firing line and give it your best. Buy the license, go on the hunt, and trudge through the snow. Master the 100-yard rifle shot and then stretch it further. In doing so, you earn a ticket that cannot be bought, into the community of shooters, hunters, or riflemen who will understand your failure stories as well as celebrate your successes. They know the patina on the trophy tarnishes and the head mount gathers dust. Combined with the previous principles, wise persistence will earn the superior accomplishment, satisfaction. It’s about the journey, with all its inherent failures. The destination is for TV and social media — shallow in comparison.

It is not the critic who counts; not the man who points out how the strong man stumbles, or where the doer of deeds could have done them better. The credit belongs to the man who is actually in the arena, whose face is marred by dust and sweat and blood; who strives valiantly; who errs, who comes short again and again, because there is no effort without error and shortcoming; but who does actually strive to do the deeds; who knows great enthusiasms, the great devotions; who spends himself in a worthy cause; who at the best knows in the end the triumph of high achievement, and who at the worst, if he fails, at least fails while daring greatly, so that his place shall never be with those cold and timid souls who neither know victory nor defeat.