The market is flooded with small bore upland shotguns in 28-gauge, from sleek semi-automatics to high-end doubles.  But one of the most under appreciated is also the hardest working and perhaps most reliable, lowest maintenance—the pump action.  Having spent countless hours chasing quail, woodcock, and even farm pheasant in addition to sporting clays, here are the top three 28-gauge slide actions on the market today. 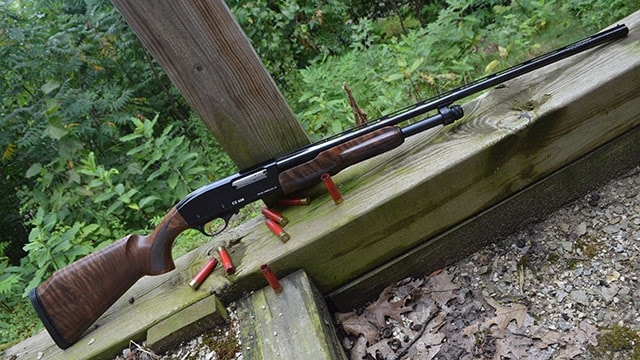 The CZ 628 is a workhorse of a gun with a price that can’t be beat. (Photo: Kristin Alberts)

Our top choice is also the newest release of the three.  The CZ 620 and 628 duo of shotguns began shipping in mid-2017.  The CZ 628 is the ideal compromise between the Ithaca and the Browning.  You get higher dollar features like select-grade wood, barrel porting, and a true small frame along with a price that trumps all others.  Select grade Turkish Walnut on the 628 rivals upgraded wood of most other companies.

The big win is the weight.  At only 5.4 pounds, the 628 is by far the lightest of the three, and also the lightest 28 we could find on the market.   Porting on the barrel may not be necessary given the gauge’s already light recoil, but it sure doesn’t hurt to stay right on target and eliminate barrel rise. Another big plus?  The 628 ships with a full complement of five-flush mount choke tubes, meaning you’re covered for all types of hunting or clays games.  A 28-inch barrel is the only option, but is our favorite as it works so well both in the field and on the sporting clays course.  The 628 shoulders well, though its 14-1/2-inch LOP is the longest of the bunch.  Smaller frame shooters will love the gun’s weight and features, but may do well to have the stock cut down.

The biggest knock is the CZ is that it’s not an American made gun, though the company has a strong customer service headquarters in Kansas City, Kansas with quick-turnaround and easy communication. The only other point of contention is the aluminum receiver, which at once lends the scattergun its light weight, yet is not as traditionally durable as steel.  Still, after many hundreds of rounds, our 628 shows no signs of wear.  MSRP cannot be beat at $429.  Yes, you read that correctly.  A sweet, feature-laden 28-gauge out the door around four bills at most local gun shops.  My greatest hope is at this price, with the looks and reliability of the 628, we introduce a whole new generation of shooters to the 28. Check out our full review of the 628. 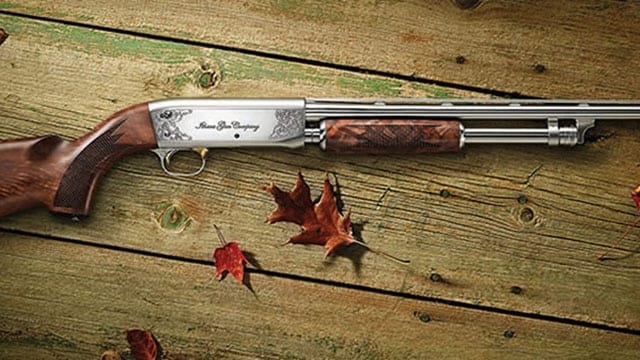 The Ithica Featherweight has classic styling and lives up to its name. (Photo: Ithica)

The rebirth of the Model 37 line of shotguns is made complete with offerings in 28-gauge.  With classic styling reminiscent of old days afield with the original Model 37’s in 12 and 20, the Featherlight 28 lives up to its name.  Weighing in just a hair over six pounds, this nostalgic iteration is built on a true small frame, making it slim, wieldy, and pleasure to carry afield.  Of our three top choices, the Ithaca wears the shortest  at 14 inches even.  The company offers three barrel lengths for the small bore — 24-, 26- and 28 inch — so there’s an option for all shooters and styles of upland hunting or target shooting.  Stocks are classy black walnut with a semi-pistol grip butt finished off with a Pachmayr Decelerator pad.

Receiver engraving is standard, with most wearing a classic game scene reminiscent of the original 37’s, though other engraving options are also available.  All Model 37’s ship with a trio of Briley-made choke tubes. Perhaps most interesting is the CNC machining process behind the M37, which manifests in a solder-less rib atop the barrel.

Unlike the CZ, another big plus is that the Ithaca is leftie-friendly.  Hulls feed and eject from beneath.  The standard 4-5 pound trigger pull is icing on the cake. We spent time not only with a 28, but also the 12 and 20, and these guns are lookers as well as shooters.   The only strikes against these newer Ithacas?  First, there is only a one-year warranty for the original purchaser.  Because these guns are so well made, they justify a better guarantee.

Bonus points, though, for the Sandusky, Ohio company that does things in-house with 100 percent American-made parts.  That comes at a price, however, with the base model selling close to $1,000 with costs rising from there.  The company is customer-friendly, and encourages orders directly through the website.  They’ll gladly upgrade your stocks to various A-/AA- grades of wood, or fit the gun specifically for you in their custom shop.  The hard-chromed edition of the M37 in 28-gauge is our fave for looks, but that comes at a custom-price as well.  But if you’re a slide-action fanatic, have a nostalgic sentiment for the old 37’s, you’ll love taking birds or breaking clays with this new-and-improved Ithaca. 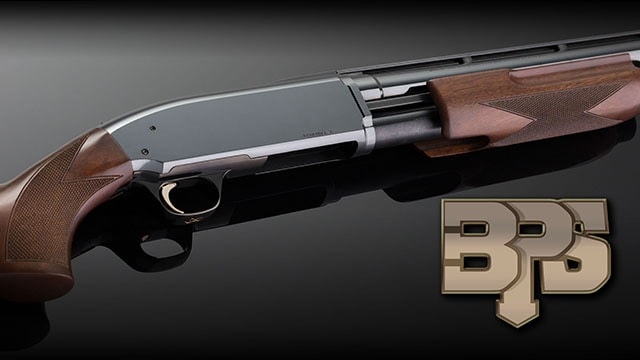 Browning has put together a reliable and user friendly shotgun in the BPS. (Photo: Browning)

Perhaps the most recognized of the pumps on this list, the Browning BPS has long duked it out for top billing in its class of upland guns with the old Remington Wingmasters.  Times have changed, but Browning still finds itself here among the best pumps.

The BPS is not as eye-catching as its two counterparts on this list, but what it lacks in looks, it makes up for in practicality.  Satin finish walnut stocks mean it’s a gun you’re not afraid to take afield and really use.  The steel receiver and barrel wear a polished blue finish.  Unfortunately, Browning has not upgraded their small bore BPS shotguns to Invector Plus choking yet, so this gun accepts standard Invector chokes, and ships with three.

The biggest downfall for the BPS is its weight.  At just an ounce shy of seven pounds, it’s by far the heaviest of the group.  Unlike the others here, the BPS is not built on a dedicated 28-gauge frame, but is rather barreled on a larger 20-gauge receiver.  The reason many shooters gravitate to the gauge is for the slimmer, lighter gun, which you do not get with the BPS.  What you do get, though, is a readily accessible, user-friendly pump.

Like the Ithaca, the Browning is truly ambidextrous, as it features bottom eject.  In addition, dual steel action bars mean the gun is well-balanced for either shooter, if you’re really into a balanced build. A 14-1/4-inch LOP is a nice compromise to fit most shooters.  Fit and finish on the BPS is not as great as we’re accustomed to seeing on other Browning shotguns, but keep in mind this is not a safe queen.

The Browning BPS Hunter can be had with either a 26- or 28-inch barrel with an MSRP of $729.  Real world prices are much closer to $600, while decent enough used guns can be found as low as $400.   If you fancy an upgrade, check out the BPS Medallion, which is available in 28-gauge with 28-inch barrels for roughly $100 more than the base model.

Though there are a number of other 28-gauge pumps on the market both domestic and international, these three represent our top choices after shooting 1,000+ rounds of 28-gauge over the last few years.  You can’t go wrong with any of them.  Affordable and feature packed?  American-made and high quality? Mid-range workhorse? Yes, yes, and yes to the CZ Field Select 628, Ithaca 37 Featherlight, and Browning BPS.  The reliability of a pump is simple; the joy of a lightweight smallbore on upland birds indescribable.  With the resurgence of the baby-bores over the last few years, it seems the 28 is not only here to stay, but it’s almost a must-have in the shooter’s collection.  The question is not which of these three is the best, but which is the best for you.