What I’m talking about today aren’t the best or the fanciest handguns, they are cheap. And what can be done with cheap guns? Just about anything. Carry, plink, practice, throw, paperweight—the uses are endless!

Seriously though, cheap guns are ideal for learning and teaching. You can take them apart, fiddle with insides, and see how it works. And .380 is a decent round especially with small guns. Recoil isn’t too painful and it’s manageable. For general shooting it’s an overall fun round. Here are five .380 concealed carry size guns that are cheap and available. 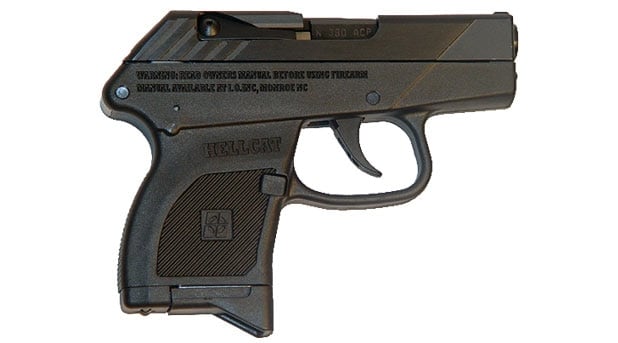 Hellcat 380 made by IO, Inc., a North Carolina company, has been on the market for a few years now. For the quality of craftsmanship, the price of the Hellcat .380 is very decent. Its slide is milled from solid steel and the frame is machined from aircraft aluminum. It has a snag free design and weighs less than 10 ounces.

The only complaints about the Hellcat are that it only likes premium ammo, meaning it may jam when shooting the cheap stuff. Also, there have been some complaints about how similar it looks to something like the Kel Tec P-3AT. However, not to rag on Kel Tec, it is made from better materials than the Kel Tec.

Otherwise the Hellcat looks and feels good. It’s easy to hold as is any pocket pistol, trigger is smooth and it’s been said to print tight groups from 10 yards.

The Hellcat 380 is offered with either a matte black or stainless steel slide, and a black, od green or tan frame. Asking price is $225, but realistically you’re looking at $180 to $210. 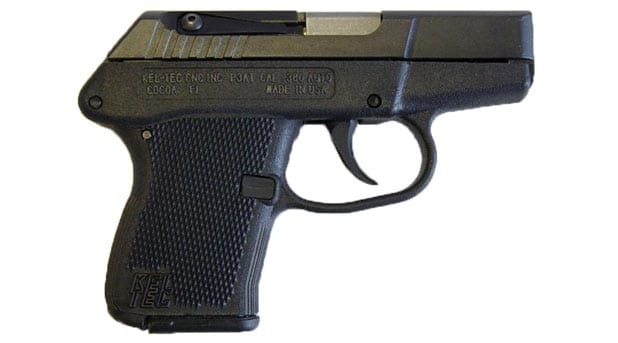 P-3AT FOR SALE
Speaking of the P3AT… it’s no secret that the Kel Tec P3AT is a good inexpensive gun. It’s proven to be reliable, durable and comfortable—well, as comfortable as can be. Kel Tec touts that it’s the lightest .380 pistol available.

Kel Tec guns are sold at inexpensive rates because they use cheaper materials—meaning numerous components and two-piece plastic frames—but they make it up with innovative engineering. The Kel Tec P3AT has a reputation for reliability.

It has a lightweight polymer frame—it weighs around eight ounces—that comes in black, tan or od green. The grip is rather short, meaning capable of a two-finger hold, but it still fits pretty well in the hands. It has a height of 3.5 inches and overall length of 5.2 inches. And you can feed it any type of ammo.

A common criticism is the stiff double-action only trigger. It has around a five-pound pull. But where the P3AT loses points, it gains them right back with price. As low as $210. 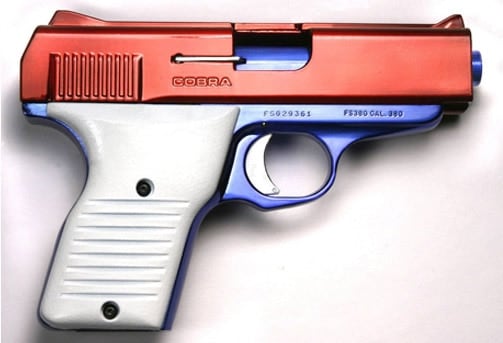 The Cobra 380 is the epitome of cheap: unnecessarily heavy for its size, complex design, archaic controls and it comes in six gaudy colors. I never said anything about these being the best pistols, I said cheap and available.

It has a rather robust slide so its balance is out of whack. The magazine release is inconveniently placed at the heel of the grip handle instead of on the side, and the take down pin is behind the rear sight.

The Cobra 380 has a 2.8-inch barrel, an overall length of 5.4 inches and weighs 22 ounces. It features fixed sights, a single-action only trigger and holds five rounds.

Shooting the Cobra 380 isn’t bad. It is similar to that of a Hi Point, meaning it’ll work, but it’s not something you’d pass on to your kids. Besides shooting it, it’ll be interesting to take a part and see how it works. And because of all the extra weight, recoil is mild. 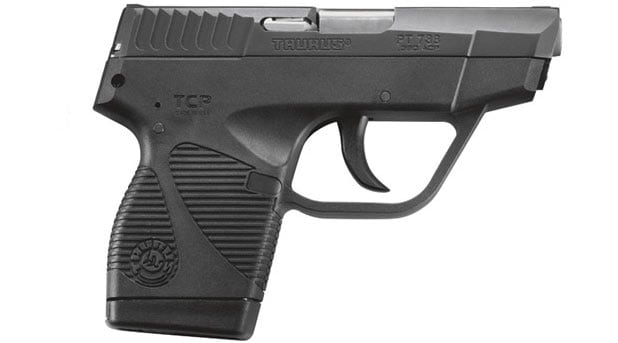 The Taurus 738 TCP is another ugly pistol, but functional. The TCP, which stands for Taurus Compact Pistol, is very lightweight and has a snag-free design. It has fixed sights, but they’re rather nubby. What makes the TCP stand out over other pockets is that the slide locks back on the last round.

Like the Kel Tec, the TCP has a polymer frame with checkered grips and the frame is available in a variety of colors like pink, black, tan, brown… making it a pretty popular giveaway or promotional gun. 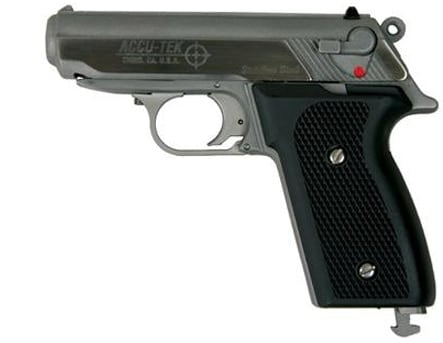 The Accu Tek AT-380 isn’t the best pistol. In fact it won’t even come close to second. But it’s cheap and that’s what we’re talking about today.

Though many have reported that components on the AT-380 tend to wear hard over time, there are just as many folks who will vouch for them and their reliability.

Both the frame and slide are of stainless steel construction putting its weight at about 24 ounces. It is hammer fired with a single-action trigger. It’s 6.2 inches in length and 4.2 inches in height. Like the Cobra, it has a European-style magazine release, meaning on the heel of the grip.

The Accu Tek TA-380 is another that would be interesting to take apart and waste ammo with. Cheaper guns tend to have a more complicated design. Yours easily for $200.

That’s my list and I hope you enjoyed it. There are just as many people who rag on cheap guns who love cheap guns (and those that rag secretly love them).

What are some of your favorite cheap guns and why?