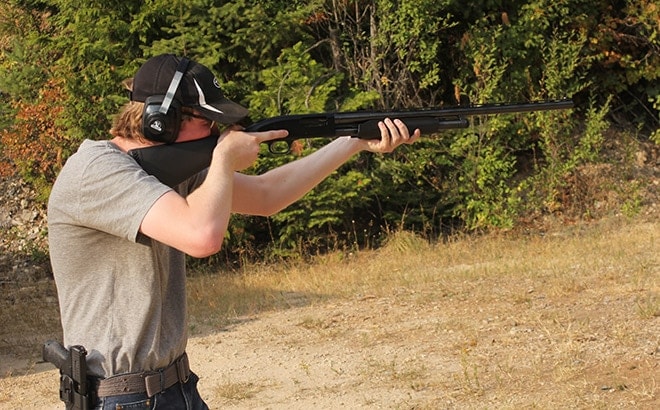 If you could only own one gun, what would it be?  Not one handgun or one long gun, but just one gun, period.

Enter the Mossberg 500 Field and Security Combo. As the name suggests, this shotgun is intended to give you fieldwork and home defense capabilities right out of the box. What you get is a genuine Mossberg 500 with a 28-inch vented rib and an 18.5 inch barrel. No modifications or accessories are necessary (that is if you don’t want them).  It all comes at a more than agreeable price of less than $350 from most retailers.

The Mossberg 500 Field Combo is available in 12-gauge or 20-gauge with a 5+1 capacity.  Personally, I prefer the 12, but for women or smaller statured shooters a 20 gauge still offers a lot of power and a lot less recoil.

That being said, I am convinced that the Field and Security Combo is the most versatile out of the box shotgun you can buy.  Here are seven reasons why I believe that: 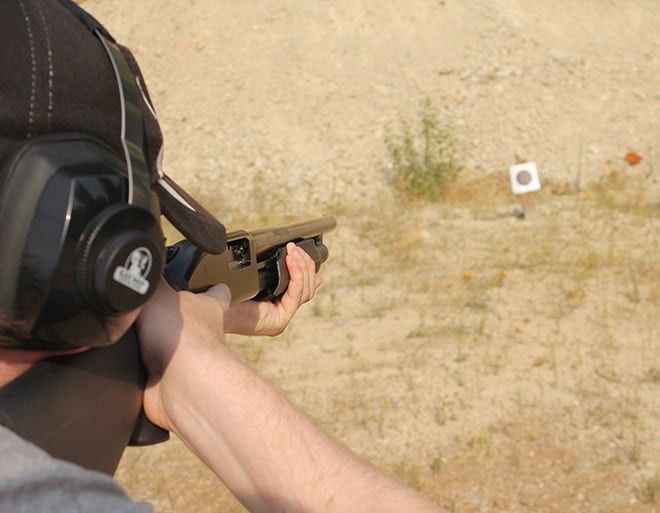 Like any quality shotgun, the Mossberg 500 puts lead where you point it. Adjustable chokes help refine this pattern. (Photo: Nicholas Oetken)

Having a choked barrel is a must for any target or hunting shotgun.  A choke refers to the tapered constriction on the bore end of the muzzle, which is used to improve the range and accuracy on long barreled shotguns.  You might think that because they’re providing two barrels out of the box, Mossberg would have provided the 28-inch barrel without a choke to lower costs.  They didn’t.  The long barrel is fully choked and ready for serious field work. 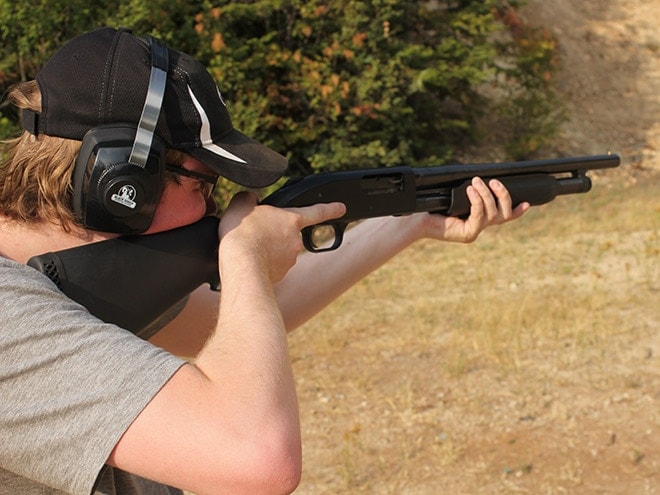 Swapping barrels is as easy as half stroking the action and turning a screw. (Photo: Nicholas Oetken)

Swapping between the barrels on the Field Combo, and any Mossberg 500 with a 5+1 capacity for that matter, is extremely simple and takes no time at all.  Just confirm the gun is empty, bring the pump back halfway, and then unscrew the barrel at the end of the magazine tube.  The barrel will come right off and you can swap them before reversing the process.  Once you get the hang of it, you can change the barrels in just twenty seconds or less. 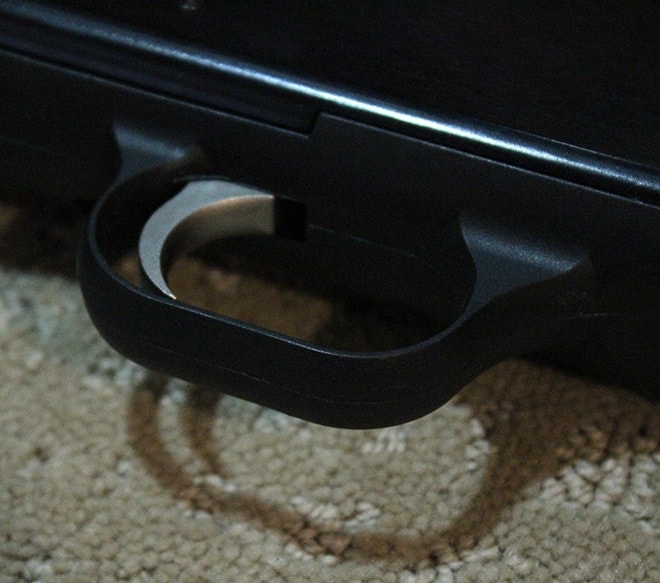 It’s just as easy to operate the Mossberg 500 with your left hand as it is with your right, as the fully ambidextrous safety is placed on the rear of the receiver.  The pump release button is also located on the left side behind the trigger guard.  These are completely natural controls for both right and left handed shooters in contrast to other shotguns that place controls typically on the front side of the trigger guard, with different models having to be produced to accommodate left handed people. 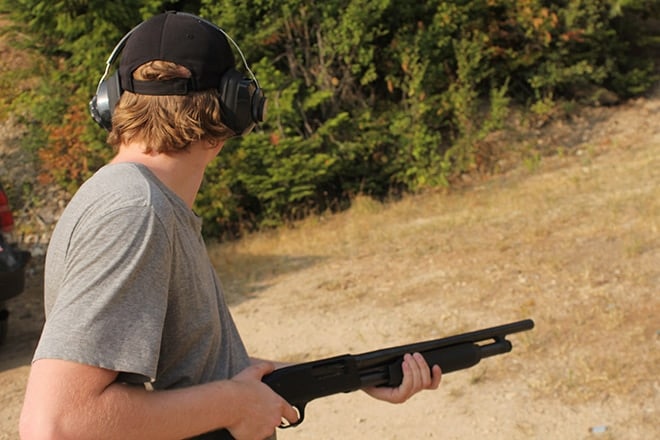 Latch on the Security barrel and you’ve got one of the best guns for home defense you could ask.  Short barreled 12 or 20 gauge shotguns are excellent for home defense because they can be easily maneuvered in close quarters and offer excellent stopping power. 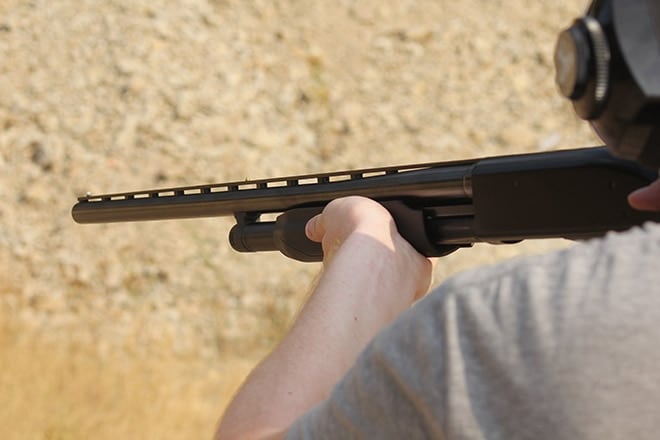 Screw on the 28-inch vented rib barrel and you’re set to take on turkeys, pheasant, clay pigeons, or whatever else you’re after.  The Field Combo makes for a great hunting and clay shooting shotgun, and with a little tweaking to smooth out the pump action, could work very well for competition. 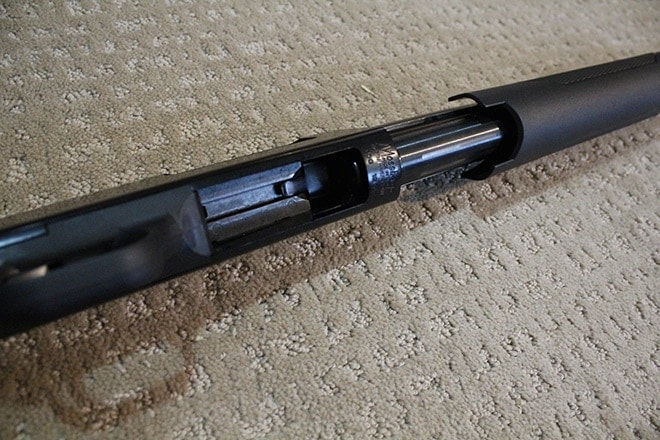 In some areas, it’s illegal to hunt with a shotgun with more than three shots.  Mossberg is aware of this, and makes it convenient for the user by shipping the Field Combo with a wooden stopper that fits nicely in the tube and only permits three shells to be loaded at a time.  The stopper can also be very easily removed by simply unscrewing the end of the mag tube so that the full 5+1 capacity can be loaded for home defense.  No one’s saying these kinds of hunting laws are a good thing, but at least you won’t have to be worried about breaking the law with the Field Combo.

For a meager three hundred dollars, you’re getting a lot of proven track record.  Ten million 500s have rolled off the assembly lines in Connecticut and Texas in the last half a century that Mossberg.  The 500 series has been used by multiple militaries and law enforcement agencies across the globe, and has also been put through nearly any type of conditions imaginable by hunters.  It was also supposedly the only shotgun to pass the military’s Mil-Spec 3443 torture test in the late 1980s.  In my opinion, that’s yet another reason why the 500 Field Combo is the most versatile shotgun you can own.