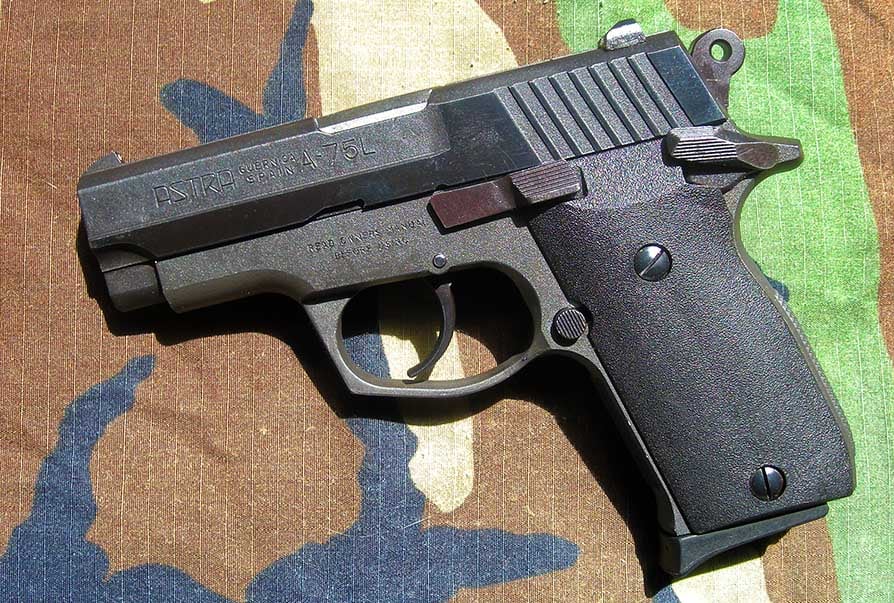 The A-75L looks like the cash-strapped cousin of a P229 mixed with a smith and wesson 5906 (Photo: Francis Borek)

The used pistol case at your local gun store often holds many hidden treasures, especially if that store has a large clientele. Often these treasures will be from gun makers who have long since folded into the pages of history. Other times these pistols will be guns that were just a little too different for their era. Sometimes a newer model has been introduced, and the older model is just not as sleek enough. The pistol reviewed here today is one of those hidden gems; the Astra A-75L. 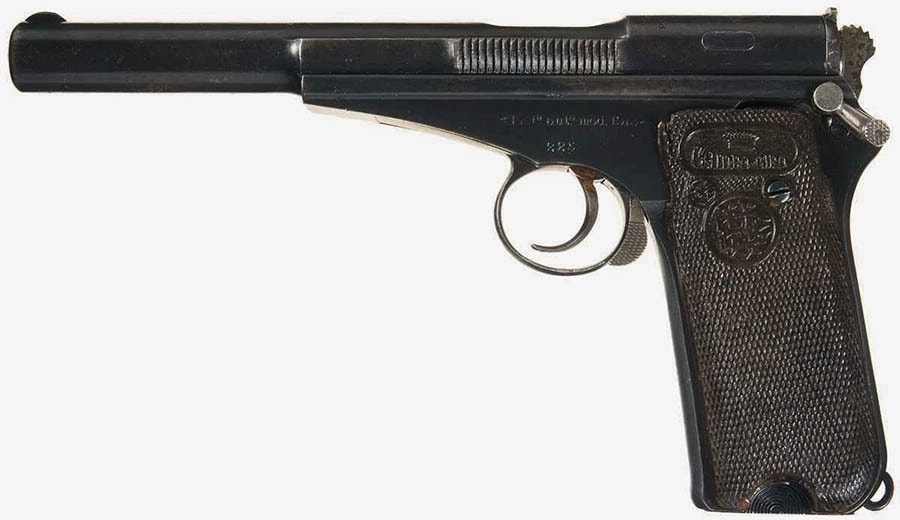 While some here at Guns.com haven’t had the best of experiences with Astra pistols, prior to this review, I had no experience with Astras. I had heard both good and bad reports of pistols from Guernica, Spain. Some shooters held the old Astra “water-pistols” in high regard, while others decried their products as cheap junk. Indeed many shooters will decry any Spanish pistol as cheap junk.

Since I had good experiences with a pistol from Astra’s primary rival, STAR Firearms, I decided to venture deeper into the world of Spanish handguns. Astra Unceta y Cia began in 1911 as Unceta y Esperanza in the city of Eibar. In it’s heyday, Eibar was the armory of Spain’s military forces. Sword smiths produced coveted and ornately engraved blades where later, several gun and ammunition manufacturers both large and small such as STAR Firearms and Llama would later call home.  Originally limited to producing small mechanical components for multiple industries, Astra dedicated its manufacturing might to produce its own handguns in 1911.

Not long after, a large order for the Model 1914 Campo-Giro pistol would provide the impetus for Astra to move to Guernica. During World War I, Astra became an international arms maker when they became one of several companies contracted to produce the 32 caliber Ruby pistol for the French Army. Though it wasn’t until the conclusion of the first World War, that Astra hit their glory years, producing the fabled Astra 400; the water-pistol, and a C-96-inspired design called the Astra 900 which saw brisk sales to China. 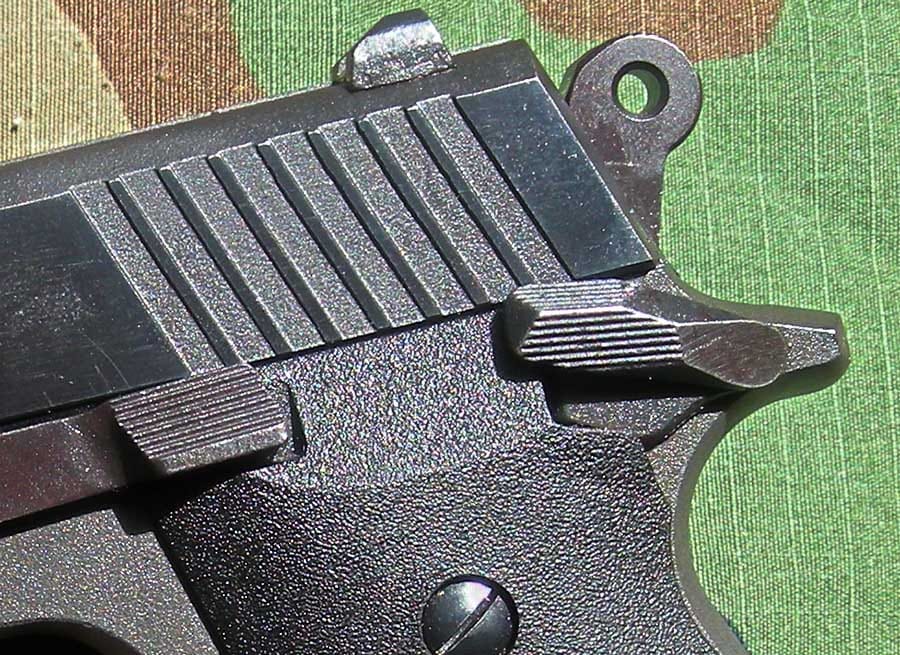 During the Spanish Civil War, company-owner Unceta supported Francisco Franco’s Nationalist faction. Unfortunately for him, most of his factory workers supported the Republican faction, leading to Unceta’s departure from the company. Returning to the factory only after Guernica fell into Nationalist hands in 1937. Spain’s addition to the Axis forces of World War II, heralded a contract with Nazi Germany for an order of Astra 600 pistols, a compact variant of the Astra 400 in 9mm Luger. Most of these pistols were to be issued to pilots of Germany’s air force, the Luftwaffe, many of whom were stationed in occupied France. The Allied liberation of France cut this order short leaving a large order of Astra 600 pistols waiting at the Spanish-French border.

Since the Germans couldn’t accept them, they sat in storage until the 1950’s when Francisco Franco negotiated the sale of these pistols to the West German government. In effect, Astra sold the Germans the pistols that they had already purchased. Post-war, Astra continued to produce their water-pistols, newer double action designs, and even a compact .25ACP and .22LR pistol for Colt, imported as the Colt Cub. 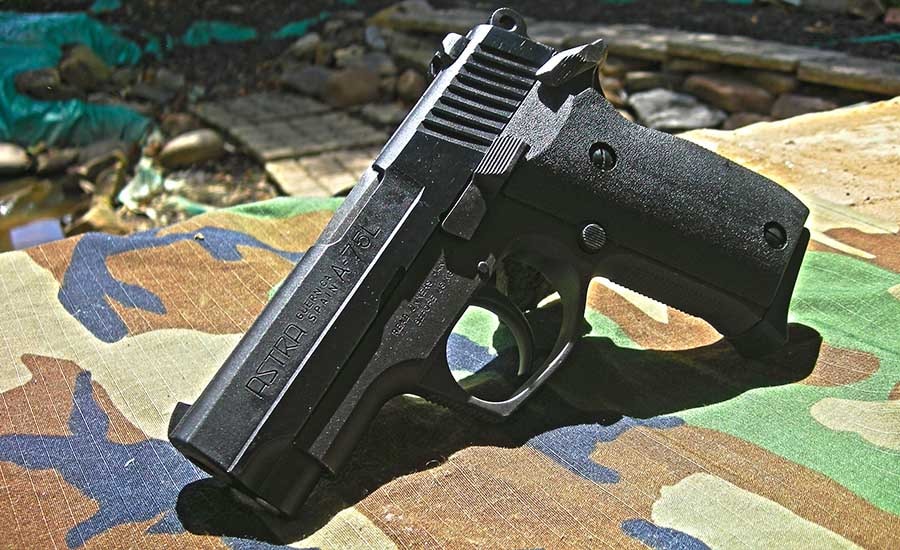 The A-75L in all its glory (Photo: Francis Borek)

A friend of my dad, who is a long time shooter and hunter, carries an Astra A-75 in .45 ACP daily, swearing by it. Like its big brother, the Astra A-75L possesses qualities that lend itself well to daily carry. While not the smallest of handguns, it is deceptively lightweight thanks to its alloy frame, designated by the “L” portion of its name. The A-75L is around the size of a commander-sized 1911 or a CZ-75 compact, resembling an older SIG-Sauer pistol.

The Astra’s frame features a grey phosphate finish, while the slide has both matte and polish blued portions. The grips are a textured black plastic; just abrasive enough to prevent accidental drops without being overly abrasive. Deep checkering adorns the front grip strap, the rear grip strap and forward edge of the trigger guard. Unlike the fine checkering found on more expensive pistols, the Astra’s checkering rough, basic and uneven. However it does its job well and isn’t painful to hold, despite its appearance. 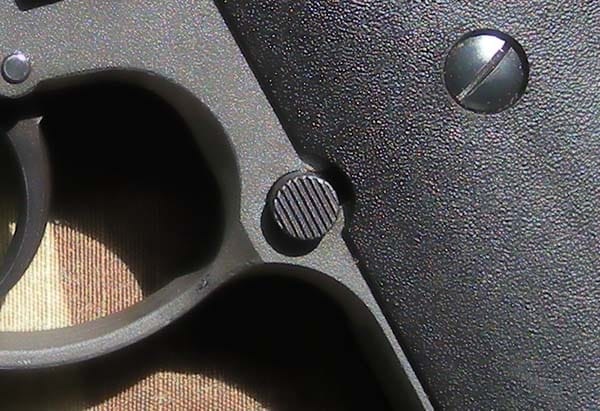 The grips are somewhat plane and the checkering is nothing to write home about,but it works. (Photo: Francis Borek)

The sights are a three-dot affair, easy to see through but low to the slide to prevent snagging. This example came with both a seven and eight-round magazine. Oddly, the seven-round magazine had an extended floor plate to give larger hands a better grip. Unlike most discontinued pistols, A-75L magazines are available for good prices on various auction sites, and EAA Corp currently has a large inventory of parts.

Disassembly is the same as many other Browning style handgun. If you own a Hi-Power, M1911, CZ-75, or SIG, then you can take apart the A-75L without a guide. The A-75L is a carry piece not a range toy; shaving weight for ease of carry results in this little pistol having a snappy recoil and muzzle flip.

Thankfully the recoil impulse isn’t as severe as direct blowback guns like the CZ-82 or the Walther PPK and feels similar to shooting a SIG P6. Also like the SIG, the A-75L features a de-cocker in lieu of a safety. While some will see this as a deal breaker, others prefer the de-cocker. Unlike the SIG series of pistols, the de-cocker is located farther back on the frame and consists of a simple, small lever resembling the thumb safety of an M1911.

De-cocked to double-action mode, the trigger pull is long, heavy but smooth. Whereas in single action the trigger is mushy, breaking around five pounds. While certainly no match-grade pistol, the Astra A-75L is more than capable of center-mass Reliability is excellent, but always remember to test your preferred brand of self-defense ammunition before carrying the pistol. 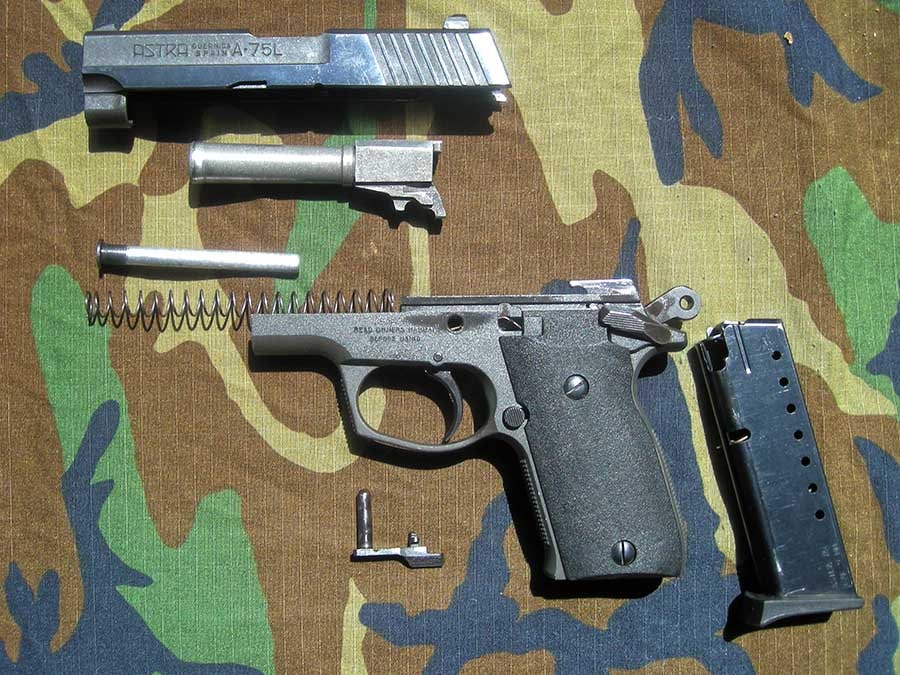 The Astra breaks down like a Browning Hi Power pistol (Photo: Francis Borek)

I bought the Astra A75L used for $249, which is a great price for a handgun of this quality. Sadly, the A-75L family can be hard to find since not many were imported into the US by EAA Corp. Those who have an A-75 tend to keep them, as they are very nice pistols, and are light enough for comfortable carry. While they are not as flashy or sexy as more modern and newer pistols, the A-75L can still get the job done for a fraction of the price.