The use of optics and accessories has extended most rifles beyond their original expectations, making them effective in ways never imagined by their designers; most, unfortunately, doesn’t include the AK.  Two companies hope to change that with a neat topcover Picatinny rails.

There are lots of adequate side-mount rail options open to the AK platform, of course.  And it’s a growing part of the AK aftermarket.  But there’s nothing quite as versatile as a flattop rail.  The Polish Beryl AK was one of the first to tackle this, with a somewhat bulky, and in the U.S., expensive solution.  But the idea was sound. 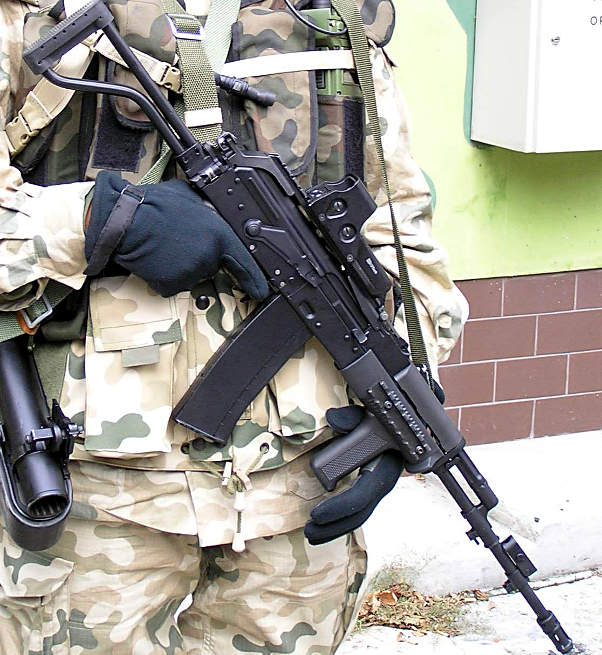 A few companies have made Beryl-style top cover rails that either use expensive fittings, or cheap screws that drill into the buttstock; neither of these are too popular, for obvious reasons.  There are, however, two interesting contenders that have risen to the top. 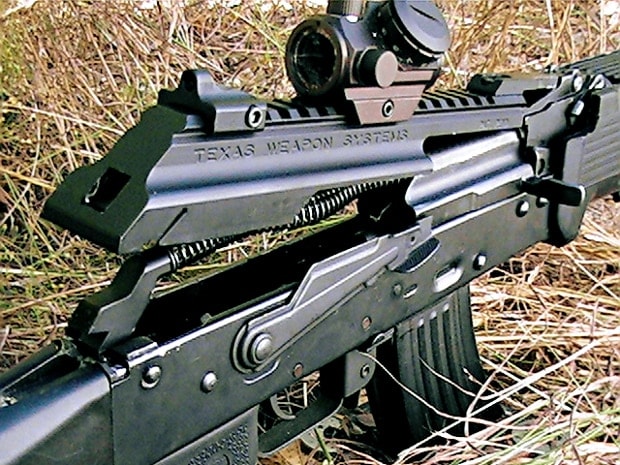 Texas Weapon Systems has an interesting job with their Dog Leg Rail, second generation.  Like the Beryl rail, it uses the rear sight block as one of two mounting points, although for ease of installation it replaces the rear sight leaf.  The rail rides along the top of a custom dust cover into a mounting bracket that bolts into the rear sight mount.  Additionally, the dust cover has two inwards-facing tabs to automatically self-center and hold zero. 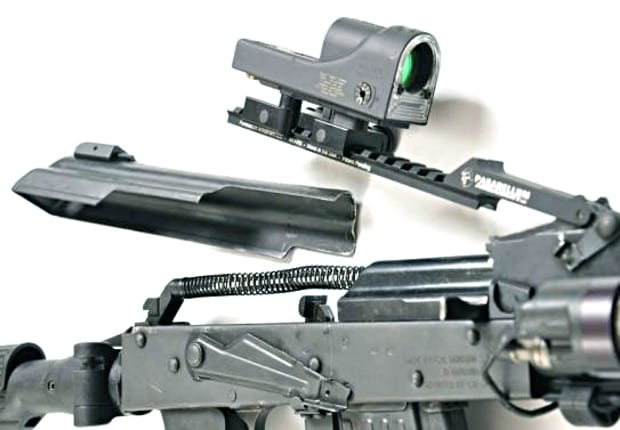 Both have their advantages, and really, either’s going to put smiles on faces.  The Dog Leg Rail has an optional rear peep sight that greatly extends the rifle’s sight radius, where the AKARS rail rides a little lower and has a traditional sight built into it.  The Dog Leg Rail is more adjustable, and available for a wider set of AK-platform rifles, including the .308 Saiga, Romanian PSL, and Yugoslavian variants, but the AKARS is less expensive.

Saying that one is better than the other is difficult to say the least.  They have their strengths and will each draw their appropriate share of the market.  One thing’s for certain, if you’re looking to install a low-mount optic or scope onto your AK without resorting to using a side mount system, or don’t have a side-mount rail on your particular AK, then you owe it to yourself to check out both the Texas Weapon Systems Dog Leg Rail and the Parabellum Armament AKARS.

A gun is only as good as the person pulling the trigger.  That being said, optics help.