American Tactical Imports (ATI) is now importing Ottoman Guns shotguns, starting with a semi-automatic tactical 12-gauge shotgun. Called the Sultan P1, this 12-gauge is based on Benelli designs but at a fraction of the price.

Although some have stated that the Sultan P1 is an M1 clone, it is gas-operated and uses dual action bars to cycle, like the M4. And while the patent on inertia-operated action used on shotguns like the M1 has lapsed, gas-piston systems like these have proven to be reliable and, important for these purposes, inexpensive to manufacture.

The pistol grip and short 18.5-inch barrel make it tactical enough for most purposes, and it has a five-shot capacity, 4+1. It would not be a stretch to guess that it accepts Benelli magazine extensions. The Sultan has a simple blade sight up front, synthetic furniture, and basically zero features to bring up the bottom line. The shotgun lacks a rib but the top of the barrel is textured to cut glare.

Overall it is 39 inches long, has a 14.25-inch length of pull, and a crisp trigger that breaks between 3.5 and 4 pounds. The controls are conventional, with the crossbolt safety and bolt release exactly where you expect them. The shotgun does lock open on an empty magazine.

The features it does have aren’t rough. The forend is textured for better traction and the pistol grip is overmolded with rubber and has finger grooves. The bolt handle is also extended for rapid charging. The alloy receiver is grooved for optics. 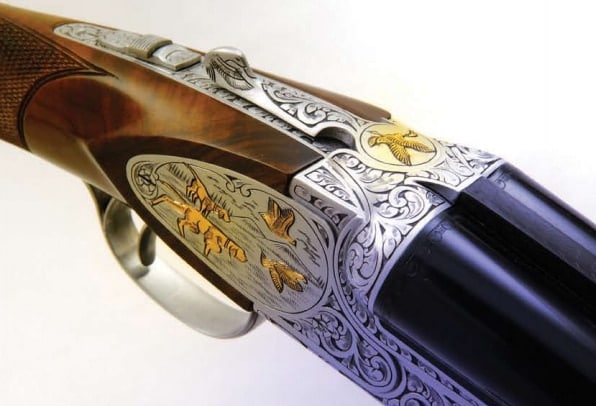 It weighs 6.5 pounds unloaded, which means that with heavier loads it will kick, but the shotgun does have a thick rubber buttpad to help you out with that. The Sultan is chambered for shells up to 3 inches long and has a cylinder bore. As an inexpensive home-defense shotgun, truck gun or shotgun for messing around with, that’s probably not an issue.

Which brings us around to the price: we’ve seen them sell for $250. Some people have found them for even less. The MSRP is just $308.

As the name implies, this is a Turkish-made shotgun, and Turkish manufacturing is starting to become well-known around the world, especially when it comes to shotguns. Ottoman Guns uses modern CNC machining to make their shotguns, and the truth is, with the Sultan, they’re kinda slumming it.

But for a solid shotgun like this for well under three bills? We’ll take it. For those who can’t have the full tactical package, ATI is also importing Sultans with standard straight stocks. Something for everybody.