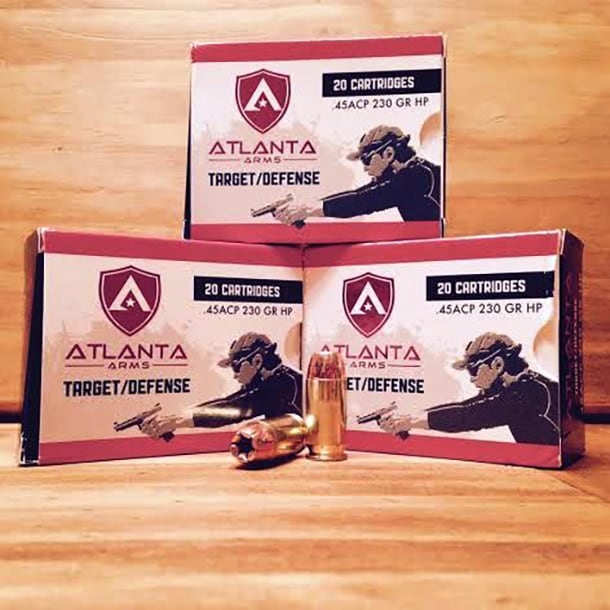 In a time when ammunition shortages, real or imagined, are the norm, it’s comforting to see emerging companies jump into the fray to meet consumer demand.  When a small company’s product meets or exceeds the standard set by a well-established manufacturer, virtually all shooters benefit, as the bar is raised for ammo performance.

Such is the case with at least one round manufactured by Atlanta Arms, the .45 ACP 230 grain JHP, as tested in March 2015.

This casual range test was done using two well-broken in, unmodified copies of a Kimber Classic Custom 1911 and Glock 30S. Shooting was done on a 3” diameter circle from five and seven yards, using a two-handed grip and an unsupported, standing position.  The comparison ammo was Speer Gold Dot 230 grain jacketed hollow point. 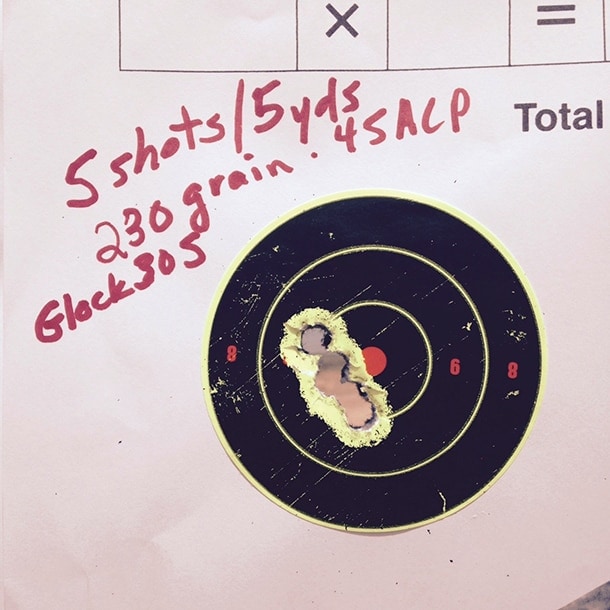 Winds were absent for the five-yard test and 10-15mph for the seven yard test.

As the accompanying photos show, Atlanta Arms’ load slightly out-performed Speer in the five-yard test, at least with the Glock.  The five-rounds-on-target comparison was compromised when the tester fired seven rounds of Speer with the Kimber.  However, there is no doubt that the Atlanta Arms .45 JHP performed at least as well, if not better, than the Speer product.

At seven yards (the distance within which 95% of deadly force encounters occur), the Speer load offered a slightly tighter group, save for one shooter-error “flyer.” Differences were negligible between the two rounds. 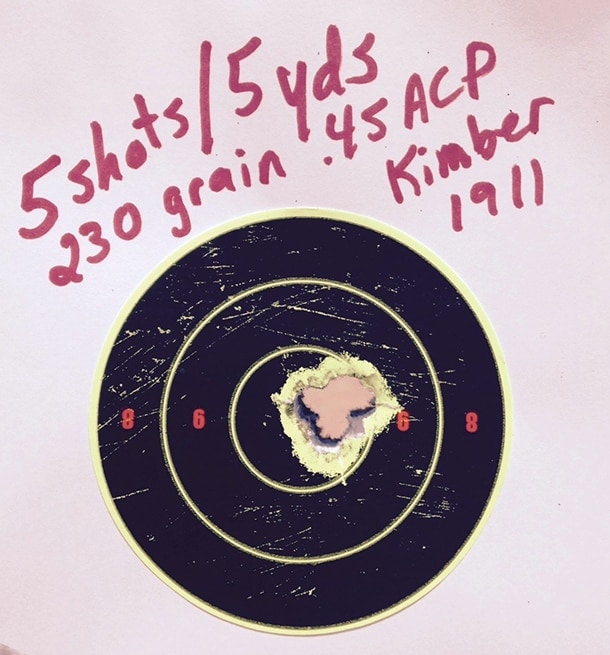 Our test is clearly low-tech and non-scientific. But the same is true of most deadly force encounters. Both of these rounds are worthy of consideration for self-defense, with Speer having a long history of use by law enforcement professionals. Atlanta Arms appears to be gaining popularity among professionals in the shooting sports.

The big difference in these closely matched products is price.  As of this writing, Atlanta Arms’ product is $14.99 per 20-round box. Buyers should check their website, for dealer locations.  Factory-direct sales are offered only to people without a dealer within 50 miles or who have military or law enforcement credentials. Speer is $26-29, and out of stock at some online retailers. Prices quoted here do not include shipping.

It appears that the .45 JHP load made by Atlanta Arms is a great value, capable of delivering good defensive performance in at least 1911 and striker-fired platforms.

A welcome addition to the ammunition market. 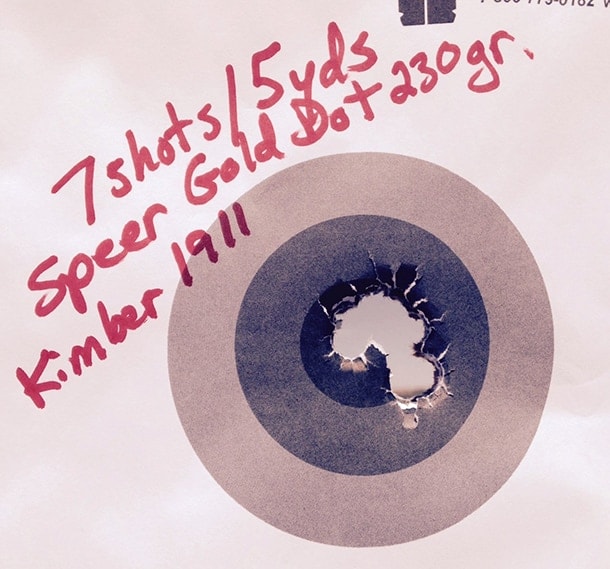 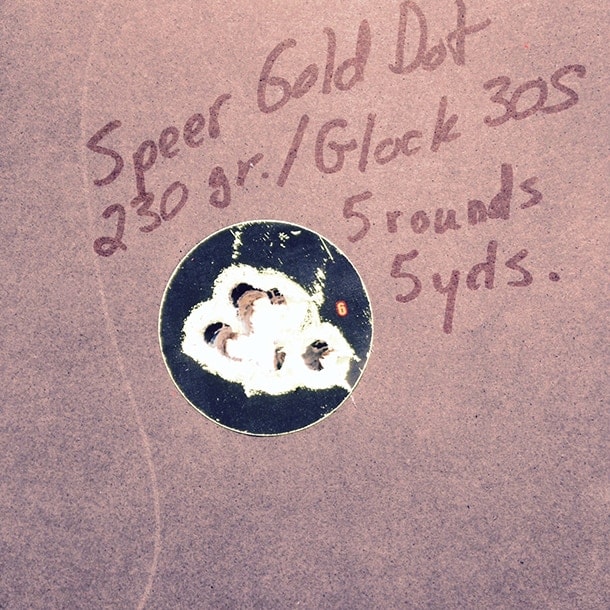 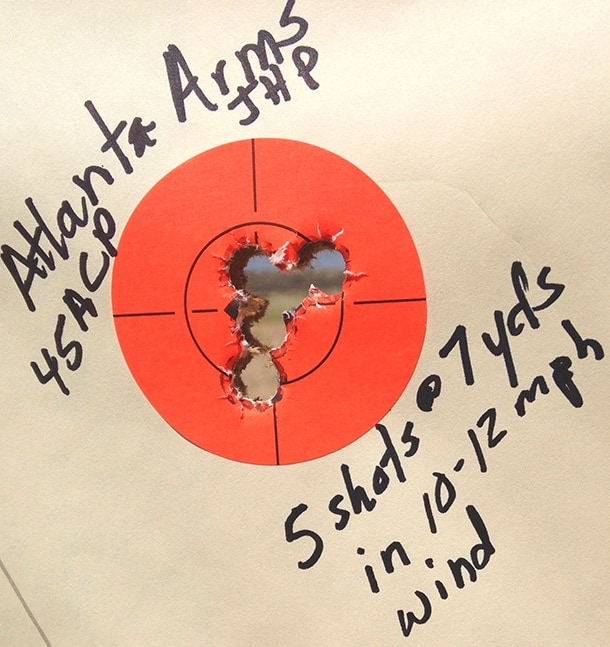 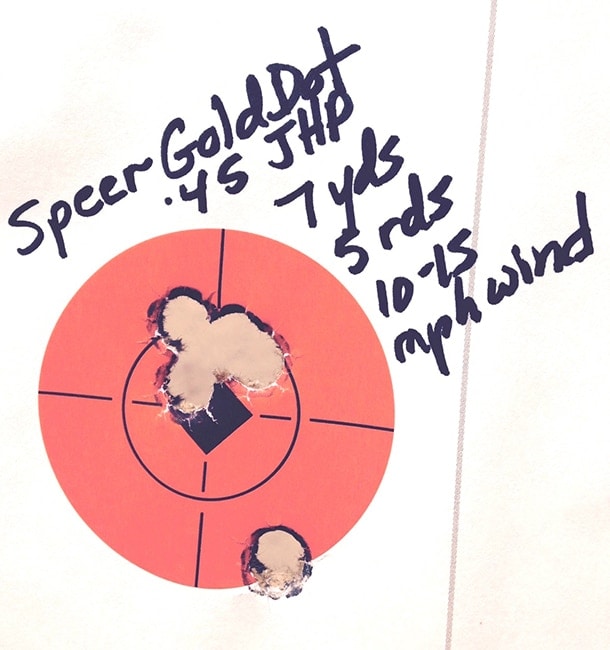