When last we visited AR500 Armor, we tested their Advanced Shooter’s Cut Chest Plate.  The class III rated armor withstood multiple hits from all of the common pistol rounds, 7.62×39, .223 and .308.  After multiple rifle rounds in the same spot, we managed to get a bit of deflection in the steel (less than 1/8 inch).  To say that it stood up to our tests would be an understatement.  We pushed the plates well beyond what anyone could expect one plate to withstand and it withstood. 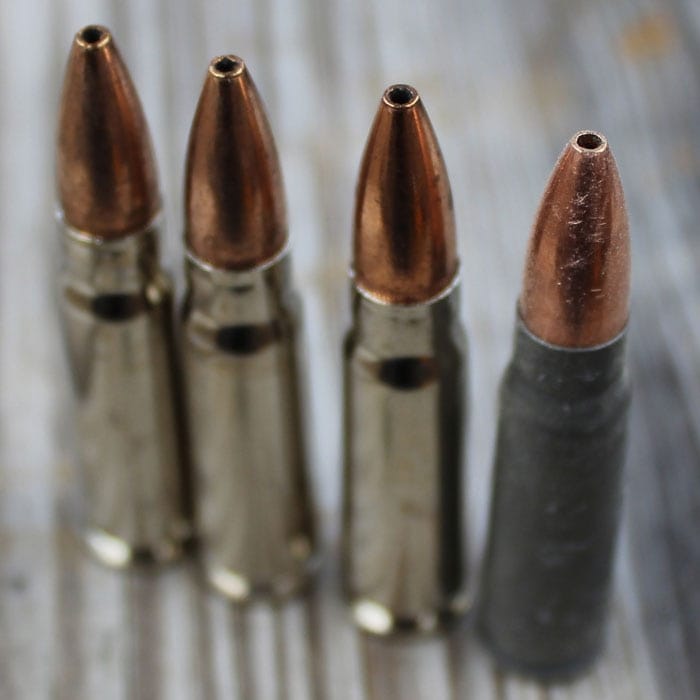 We stopped the tests to do photographs of the plates.  When the review ran, some wanted to see just how much the plate could take.  It is a logical question.  Just how much punishment can it take?  It would be nice to know.  And now we do.

For those born before 1970, the question is similar to the Tootsie Pop conundrum.  How many licks does it take to get to the Tootsie Roll center of a Tootsie Pop?  The world may never know.  Lick. Lick.  Lick.  Chomp.

Even after multiple hits in the same spot, the plate retained its integrity.  We shot off the Paxon cover.  We put the plate against immobile backstops.  We tried, but it never failed.  But it isn’t impossible. 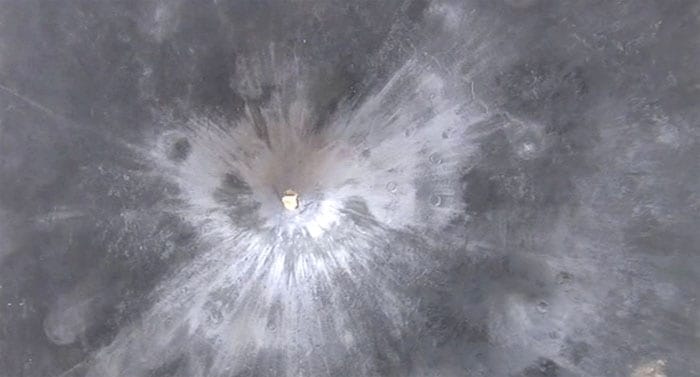 The .50 BMG broke through, but barely.  The rings on the plate are from .308 HP rounds striking full on. (Photo by David Higginbotham)

The only round we could get through was a Hornady 750 grain A-Max .50 BMG.  It punched through.  Or part of it punched through.  The hole it made was about 1/4-inches in diameter.  If you look at the splat surrounding the hole, you can see where most of the round went. 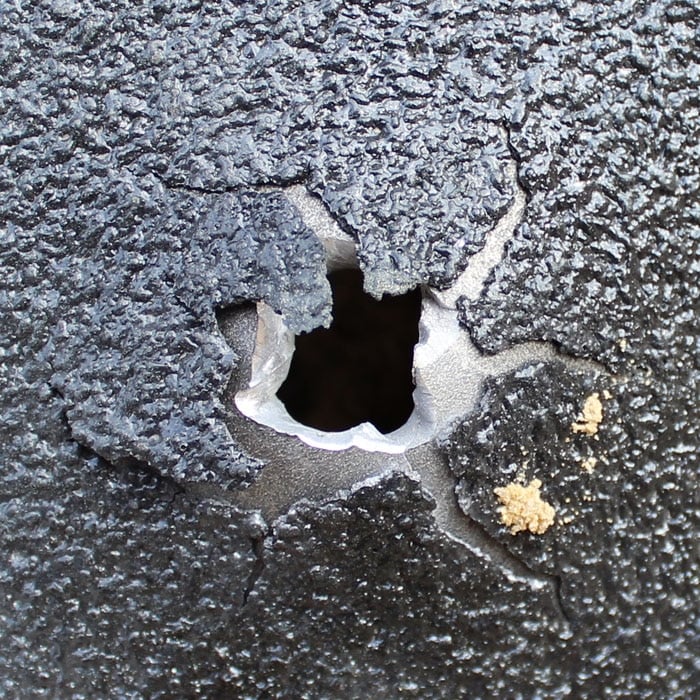 Subsequent rounds chipped away at the hole. (Photo by David Higginbotham)

We weren’t sure it was going to punch through.  We made the shot from 100 yards with a Serbu BFG-50A.  When Jacob pulled the trigger, he ducked his head good, just in case.  I was behind a barricade.  While there was little chance that the round would ricochet, we were moderately concerned about fragmentation of the big hunk of lead.

Would it have punched through an unshot plate?  This Paxon cover would have provided little resistance.  But the actual hole in the plate had jagged edges.  The steel wasn’t simply punched.  It was broken.  The new plates have a different temper than a plate that has been shot more than 100 times.  It isn’t beyond the realm of  possibility that a new plate would have bent instead of breaking.

I wouldn’t hesitate to wear AR500 armor.  Their class III armor far exceeded my expectations.  I give it my highest recommendation, unequivocally. 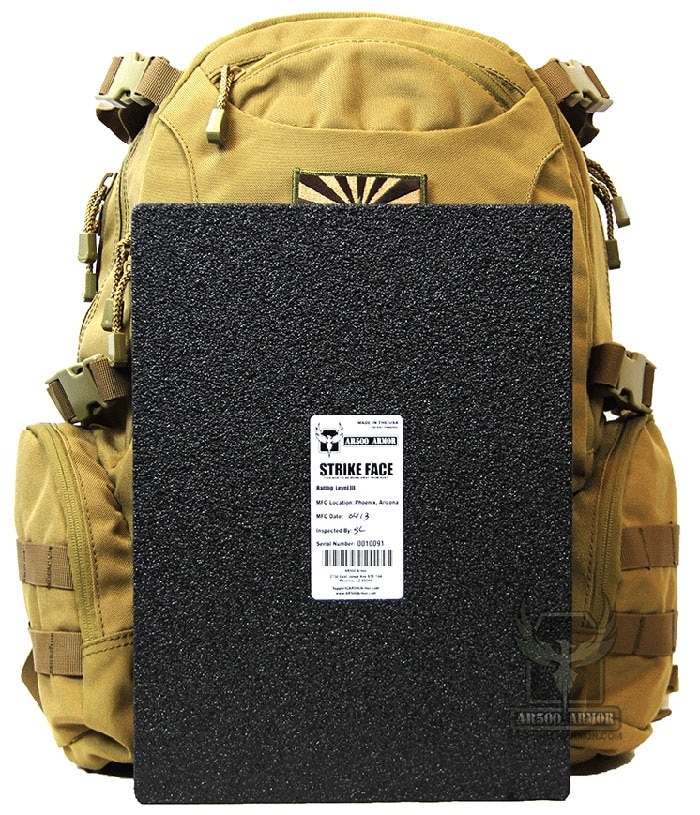 The backpack plate can be a shield or extra armor. (Photo credit AR500 Armor)

While their bread and butter is steel, AR500 is working on even more high-tech options.  Their latest development is much, much lighter.  Carbon nanotubes.  A 10-by-12 inch plate made from carbon nanotubes weighs only 1 pound and is class IIIA (which defeats pistol calibers up to .44 Magnum).  How much for a one pound plate? $140.

They also make steel plates for backpacks.  The advantage of the backpack plates is easy enough to understand.  Class III protection in a mobile and completely inconspicuous package.  If subterfuge is what you need, this is the way to go.  If you want an extra layer of protection, and one the you can position wherever it is immediately needed for extra cover, the backpack plate is the way to go.   The plates are 9 1/2-by-13 inches, not as bulky as the chest plates (as the Paxon coating layer is thinner) and sell for $65.

We know what it takes now: 750 grains of copper and lead flying at 2,700 fps.  Even then, it may take some special circumstances.    Regardless, you can have the utmost confidence in these plates.  And their prices are great, too.