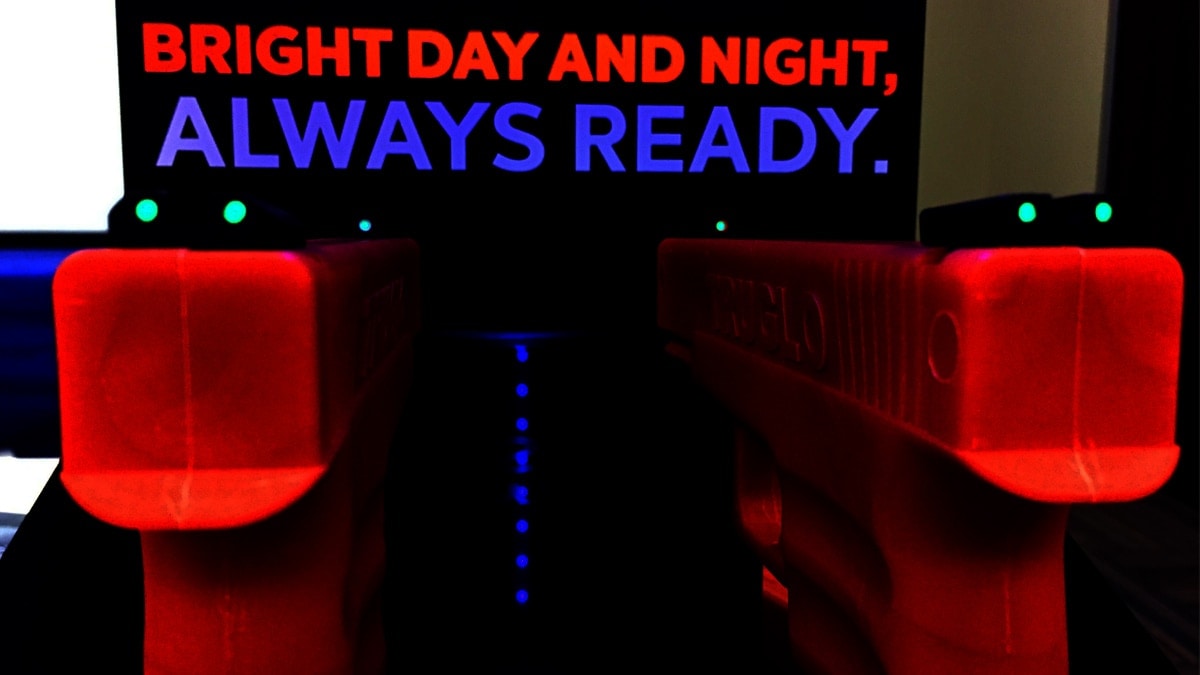 In a recent concealed carry class, I extolled the virtues of night sights, those glorious radioactive accessories, as a worthy consideration for concealment pistols. A young man in the class nudged his wife, then raised his hand. “Are they capable of causing DNA damage, especially if you wear them—around there?” he said, gesturing to his appendix zone.

It’s an important question. Can tritium sights inflict damage on reproductive health? I turned to Truglo representative Pliny Gale to help answer the question, and asked for scientific backing to his response. It was provided in minutes.

The short answer, provided by the Health Physics Society, is no—tritium as used in night sights and other products has no power to change DNA. Poisoning from this weak form of ionizing radiation is only possible if large amounts of it are taken in by inhalation or ingestion. Skin is a barrier sufficient to prevent exposure. On their own, tritium molecules can travel just 6mm in air before losing their radioactive charge.

There is some risk of exposure if night sights or other devices containing tritium are damaged. This should serve as motivation to carry tritium sight-bearing arms in a proper holster or case.

Tritium easily bonds with and travels in water. It exists in the environment as both a naturally occurring and human-made substance and is usually present and undetectable in the human body as part of its watery composition.

In addition to being present in the natural world thanks to, get this, cosmic rays that reach the earth, most tritium is a by-product of the nuclear industry, both energy- and weapons-oriented. With current technologies, it’s unavoidably emitted into the air and flowing in the earth’s waterways as a result of nuclear fisson. Water and air surrounding nuclear power and weapons, in the US at least, is closely monitored to keep it to levels deemed inconsequential. Dilution in water is a highly efficient way of neutralizing tritium, as it’s simply composed of three hydrogen atoms, chemically speaking H-3, and blends easily into familiar H20. Thanks to the movement of water and air around the planet, it’s present in virtually all bodies of water. Industrial uses of the substance are many; in addition to gun sights, self-illuminating exit signs, clock faces, and keychains contain tritium—but that’s not all that makes them glow.

There’s no glow inherent to tritium.  Tritium basically takes phosphorus on a long-term date to see its favorite sexy film star. Combined with phosphorus, tritium stimulates phosphorus molecules until they’re glowing with excitement, for a while.

Tritium is a glorious but relatively short-lived substance. Its half-life, 12.5 years, is just slightly longer than my first set of Truglo sights to go dark. This also means that all the tritium released into the atmosphere and waterways from above-ground nuclear testing in the US, which was finally banned in 1963, has long been inert.

If tritium is so harmless, why the California Prop. 65 toxin warning on tritium night sight packaging? The Prop 65 list includes chemicals associated with birth defects and/or cancer. This would seem to contradict the rather comforting message promulgated by the Health Physics Society. A bit of online study revealed that virtually all products with components like plastic, aluminum, metallurgic coatings, and paint, have this warning in order to stay California-compliant. The warning thus applies to products like bicycles, televisions, and countless others. The warning label is law, without regard to the fact that massive, extraordinary exposure to most of these components would be necessary before ill effects developed.

As the young couple planning for both babies and concealed handguns now knows, tritium night sights are safe—just don’t go licking them or mashing them up and sprinkling them on your breakfast cereal.