Attack or Defend: When is offense the best defense? 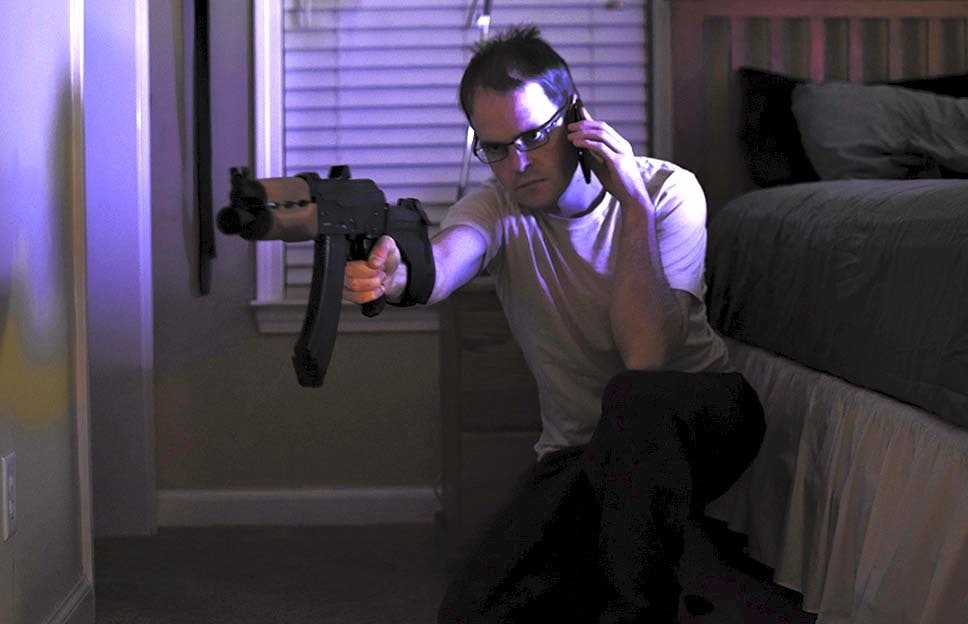 Call the cops and wait, gun in hand, is usually the best decision. (Photo by Jim Grant)

According to the Centers for Disease Control and Prevention, violent crime in the United States is at a 20-year low. On the other hand, some argue that home invasions have taken an unnerving upward trend in these last few years. While certainly frightening, armed homeowners residing in states that have adopted the ‘Castle Doctrine’ have the legal right to use lethal force to defend themselves and others within their home.

The moral, ethical and personal use of the Castle Doctrine is completely dependent on the individual. Once you make the decision to defend yourself — or if the decision is made for you — how do you proceed?

The best option is to arm yourself, call the police and sit tight for help to arrive, but sometimes that isn’t possible. If you’re like the majority of Americans you have family residing with you and more likely than not, in a different room. If your child is asleep in another room do you sit tight and wait for the boys in blue or do you venture out against an unknown number of assailants armed with God-knows-what lying in wait for you?

I wish there was an easy, definitive answer to this question, but each scenario warrants a different action. You’ll be risking your own life and, plausibly, the lives of your loved ones. Try to take these facts into consideration now, before the night when you’ll have only seconds to react. The last thing you want to be thinking about before engaging in a fight for your life are the moral quandaries of lethal force and self preservation. If you hesitate, it may negate your greatest advantage over your would-be attackers: the element of surprise.

Oftentimes invaders expect their victims to go gently into that good night, unarmed, unprepared and hapless. The intruders chose to invade your living space, but, you have the potential to choose the when, where and how, which are all important. The classic combat philosophy of the necessity of a 2 to 1 or 3 to 1 attacker to defender ratio comes to mind. Meaning, it takes two or three attackers to oust an entrenched defender because the defender decides the time and location of the battle.

Admittedly, you’re not an entrenched soldier neck-deep in a foxhole with bunkers on both flanks and overlapping fields of automatic fire, but you still have control over the when, where and how. That tricked-out semi-automatic shotgun might not fare well on a solo mission advancing on five spread-out defenders, but if you’re waiting in cover with a bead on the bedroom door, it would take a lot of very brave/determined/drugged attackers to get to you without suffering incredible casualties. It’s the kind of losses that someone not expecting a fight will most likely flee from.

What is the deciding factor for whether you should defend or attack? Frankly, the weighted value of what is gained by losing the defensive advantage.

If your brother in the next room is a five-tour special-forces combat vet who sleeps with a Benelli M4 loaded with 00 buck, you should probably sit tight. However, if you have a small child who will likely investigate the loud commotion of a home invasion,  perhaps thinking that Santa came early, you must determine if you’re willing to intervene at the expense of both your lives.

Whichever action you decide to take, preparation is key. Having a rehearsed plan of action allows you and your family to react without thinking. Also, code words can be extremely helpful. The airborne troops in WWII called out ‘Thunder’ and awaited the reply of ‘Flash’ to know the other person was a friend. If your family decides to adopt a call and reply, share it with no one. Burglars tend to know their break-in victims.

This might be getting too movie-tastic, but it never hurts to prepare. If the intruders ask you to make a call or answer a phone call, use a code word to indicate something is wrong without alerting the aggressors. For example, refer to someone by a nickname you never call them or ask them to pick up the kids from daycare if your children have never gone to one. This can be an inconspicuous way of telling your significant other to call the police now, you’re being held hostage. How often will people ever need a coded language? Hopefully never. Though it’s better to have and not need than the other way around.

Only you can make the decision to attack or defend, if your home comes under attack, but preparing ahead of time could save the lives of you and your loved ones. Above all else, if you have nothing to gain by leaving the safety of your bedroom, don’t. No TV, signed World Series baseball or family heirloom is worth dying for.