Ah, Sarsilmaz.  The name just rolls off the tongue.  Especially if you’re Turkish.

A lot of the bargain guns we find are Soviet, what with the Cold War coming to an end and all, Russia and its satellites gotta make a buck.  Gently-used, surplussed military hardware finds new homes all over the world at low, low prices.

But not all bargains come to us with a hammer and sickle painted green, and Russia’s not the only authority when it comes to making tough-as-nails small arms on the cheap.  Turkey’s unique environment has allowed for a blooming gun industry, with solid, modern manufacturing making great guns for less. 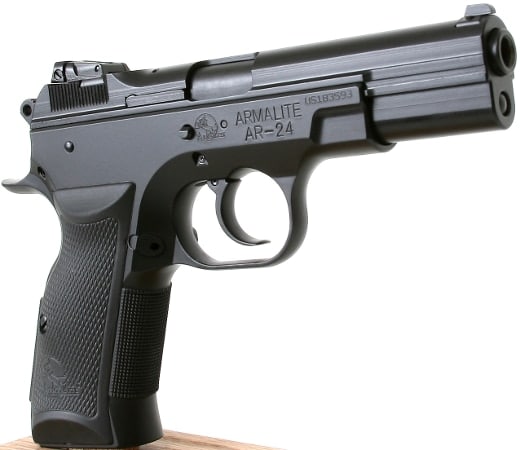 Just ask Armalite.  Their highly-regarded (if relatively unknown) AR-24 pistols are made in Turkey, by Sarsilmaz.  Nee the Kilinc 2000, these pistols are incredibly tough, accurate, and reliable, and are on the short list of NATO-certified sidearms.

But we’re not talking about handguns, we’re talking about shotguns.  Enter the SARSA.  An acronym of Sarsilmaz and Semi-Automatic, these lightweight 12-gauge automatic shotguns are imported to the US by EAA/USSG, and sell for an amazing price.

Starting at $300, you can get a 5+1 shotgun with a chrome-lined 26-inch or 28-inch barrel, Turkish walnut stock, machined bolt and carrier, that is gas-operated, (and has an adjustable piston for light and heavy loads) and weighs just 6.1lbs.  A lot of that comes from the machined aluminum receiver, and so they also balance well and point easily.  They accept cartridges up to three inches long, and well, watch for all the features:

And as stated, they also make some pretty nice, even tactical pump shotguns.  If that’s your thing, then even more good news: SARPA (SAR Pump Action) shotties start at just over $200.

Sarsilmaz is a military armory whose products are in service all around the world, and have been tested in combat; they export their small arms to over 60 different countries, and even though these shotguns are for sport and self-defense, are as dependable as any other top-shelf auto shotguns; they just cost much, much less.