When people talk about wanting a 1911 but are on a budget the name American Tactical Imports (ATI) gets spat out so fast you’d swear they said Rock Island Armory (RIA).  Well, actually, that’s because that is what they said.  Most people just up and suggest RIA because it’s a company and a brand that people have really come to trust in the handgun world. 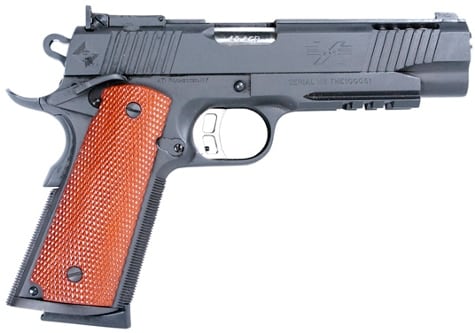 But there are a handful of other companies that offer fine 1911s in the same price range, and ATI is one of them.  Their FX45 (Firepower Xtreme) series of 1911s is starting to cause ripples in the pool of bargains and that’s a really good thing.

FX45 1911s are made to surprisingly tight tolerances.  That’s a nice way of saying they’re so tight you will have to break them in.  It’s not uncommon for them to fail to feed or eject once or twice in the first couple hundred rounds.  Of course, in the 1911 world that’s part of the ritual of owning a finely-crafted example of John Browning’s pattern, and FX45s fit that bill. 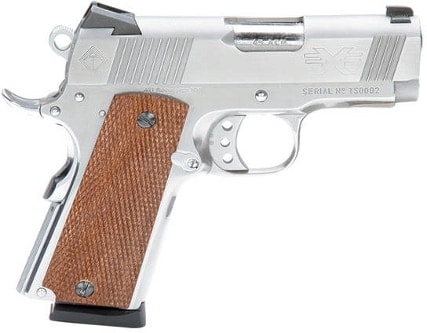 The first thing most people notice is the quality of the fit and finish of FX45 handguns, especially for such inexpensive firearms.  ATI carries several models of these 1911s, from their very traditional M1911-style GI-patterned 1911s, to their modernized Titan 1911s, in compact and full-size, with Novak-style sights, to their competition-ready Thunderbolts, with adjustable sights, triggers, and optional ported bull barrels.

GI-style FX45 1911s often run around $400, give or take $25, and some of their improved models start at around $450.  For what you get that’s just flat-out impressive.  About the only complaint people have is that the trigger is a little heavier than they’d like it to be, often in the 5.5-6.6 pound range. 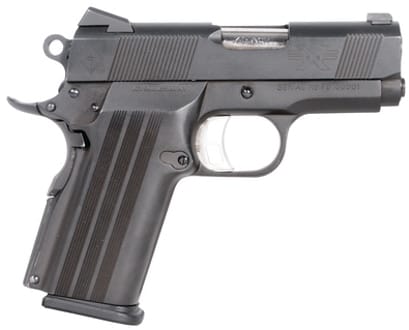 ATI keeps prices low the same way RIA does, and that’s by buying overseas.  Like RIA 1911s, the FX45s are manufactured in the Philippines, although not by Armscor but by leading manufacturer Shooter Arms Manufacturing.  A growing family-operated company, Shooter Arms is a completely modern manufacturer, building guns with computer-controlled CNC milling machines and lathes.  They’re also the largest gun vendor in the entire country, supplying not just people but also government and military sectors, as far away as Italy and Switzerland.

Shooter Arms actually makes quite a few interesting 1911s that we wish ATI would also import, but we’re not upset with what they offer currently.  If you’re looking a 1911 on a budget or even a very solid platform to build a race gun on, you owe it to yourself to handle an FX45.  They’re inexpensive pistols, yes, but that doesn’t mean they aren’t made to standards that would put a smile on Browning’s face.