The Czech Republic has a long history of weapons manufacturing.  Not just small arms, and not just handguns.  But for all their innovative, successful, and battle-proven designs, the CZ 75B is their iconic crown jewel.

Designed in 1975 by Josef and František Koucký, the CZ 75 broke sharply from other designs by armories operating under the Warsaw Pact; they decided that the blowback 9×18 Makarov pistols that were in service in every other Soviet nation would not be something the Czechs would arm themselves with.  They made a pretty good call. 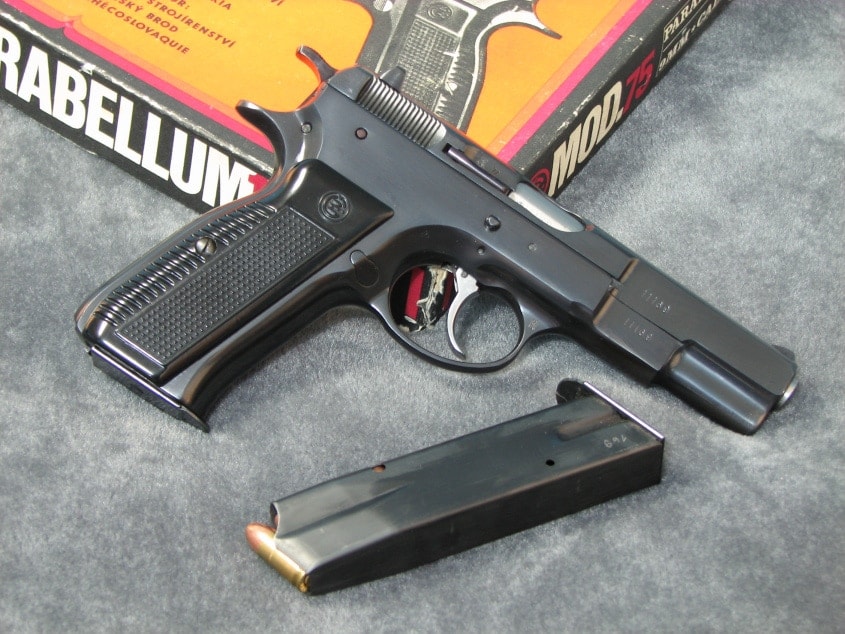 The CZ 75 is a short recoil operated, locked breech pistol that uses a lugged barrel and slide, similar to John Browning’s designs.  And while they’re DA/SA pistols, they use a cocked-and-locked safety, like 1911s, and they can be carried with the hammer fully down, or half-cocked.  The B in 75B is for firing pin Block, so you don’t have to worry about having the hammer back.

CZ 75Bs are all-steel guns.  Everything that isn’t finish or grip is metal.  They can be fired lots and abused lots and they will still run smoothly.  They have very tight lock-up and no rattle, no doubt because of CZs by-hand assembly process and very high standards.

The 75B has a magical grip, very few people ever find themselves wanting.  And the specs aren’t half bad, either.  It has a 4.7-inch barrel, tips the scale at just under 40 ounces, and comes with flush-fitting 16-round magazines in 9mm.  Also available are 19-round magazines that extend about a 3/8ths of an inch below the grip, but thanks to a spacer, also sit flush.

People only have a couple of complaints: one, that the finish isn’t the sexiest.  The black polycoat is designed with durability in mind, and rustproof properties; it is literally a coating of polymer over the metal.  They do make ’em in stainless for a little more.  Two, that the triggers are heavy and sometimes gritty.  The factory mainspring is 20 pounds.  Change it to 16, dry fire the hell out of it, and you’re golden.  Three, even shooting 9mm, they somehow rack up crazy ammo costs.  It’s almost as if shooting them was too easy. 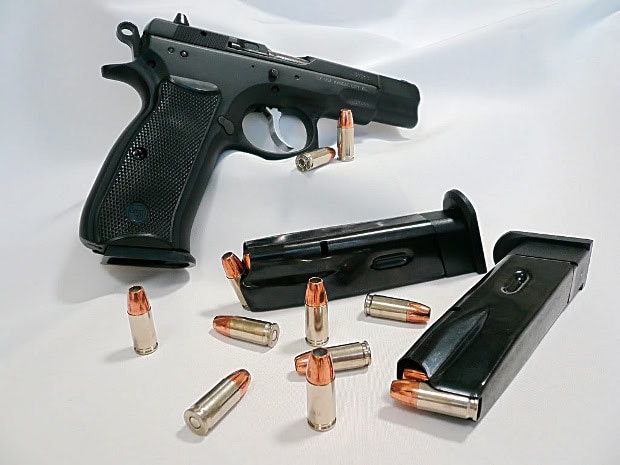 They have a small but dedicated aftermarket, one that’s largely competition-oriented.  Extended mags, exotic sights, and custom grips are very easy to find.  Holsters, less so, but all the big companies offer good CZ accessories.  CZ also sells all of the parts needed to gunsmith them directly to customers; you don’t have to have connections to get a hold of trigger pins or mainspring plugs.  And if the full-size isn’t your thing, CZ makes handguns in almost every style and material you could ask for.

A CZ 75B, black polycoat finish, stock everything, costs about $475.  You can at times find them for as low as $400, and used for quite a bit less.  As far as that compares to other guns we’ve highlighted in our Bargain Hunting pieces go, it’s a touch more expensive than say, a Kel-Tec.  So what makes it a bargain?

CZ pistols belong to a different class of firearm.  The 75B alone has sold over 1 million times over.  They belong up there with German-proofed SIGs, Browning Hi Powers, and other high-end service pistols, except they’re priced right in there with, well, pretty much every other $400-500 handgun.

Who says the dollar isn’t strong?