The nation of pocket nines is crowded.  It’s full of fine citizens from Kahr to Diamondback, SIG to Ruger, Walther to Boberg.

But all of those names come with a price, making them somewhat out-of-reach for people who just need a small gun they can depend on.  Kel-Tec PF-9 is a great affordable option here.

The Kel-Tec PF-9 is the mousegun that’s so good that Ruger decided to make it.  Of course, Ruger called the pistol the LC9, added a manual safety, a magazine safety, a loaded chamber indicator, a couple ounces’ mass, and they charge an extra benjamin for it, so it’s not really the same gun at all.

Kel-Tec is an innovative all-American company that strives to make affordable guns for people who need a solid product but can’t afford a more mainstream firearm. 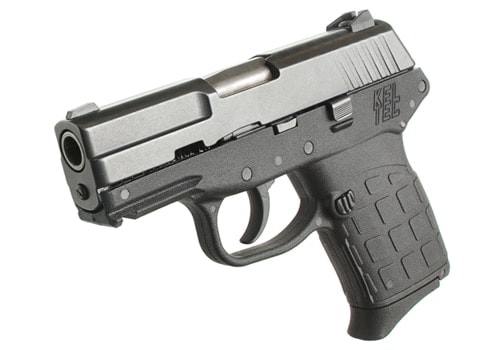 A slender, (.88in) lightweight, (12.7oz empty, 18.3oz loaded, 7+1) small (5.85in long, 4.3in tall) 9mm handgun, it’s intended for people who need a gun for very deep concealment in a solid caliber.  Its three-inch (3.1in) barrel is plenty adequate for 9mm, even if you know it’s gonna be loud.  With a profile the same size and weight as ultralight snubbies with three more rounds in play, it’s hard to beat, especially for about $250.

PF-9s are available in a variety of finishes, the blued slide, black frame model being the cheapest.  Kel-Tec offers them in a few other colors, as well as with parkerized and satin hard chrome finishes for the slide.  All said and done, you shouldn’t drop more than $300 for one, even with the high-end finishes.  The magazines are available with flat floorplates or pinky extensions for more grip purchase. 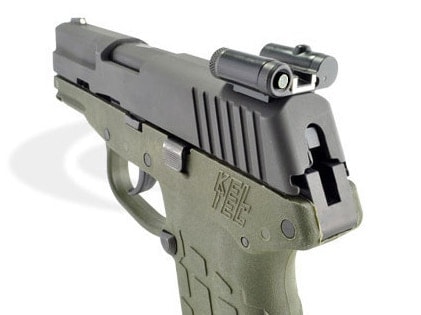 Although the gun comes with 3-dot sights and no one (yet, still) makes night sights for it, the gun has a hefty laser-based aftermarket going for it.  Crimson Trace makes a PF-9-specific LaserGuard for it, and thanks to its Picatinny rail, you can add any number of small lasers to it, like a Stingray sub-compact laser, or a Laserlyte RML.  Laserlyte also makes a rear sight laser for the PF-9 that leaves a lot more holster options open.  And since the gun costs so little to begin with, adding one of these options isn’t out of the question, price-wise.

Early adopters of the PF-9 saw a few issues that Kel-Tec has aggresively taken care of.  Not only are the problems gone, but so are the guns.  Kel-Tec issued one of the most comprehensive replacement programs the gun world has ever seen and has replaced every single troubled firearm, on their dime.  The PF-9s you see in stores now are just as reliable, if not more, than some of the offerings out there that cost double.  But that also says something about Kel-Tec and their desire to really deliver quality products, even if they are inexpensive and rough around the edges. 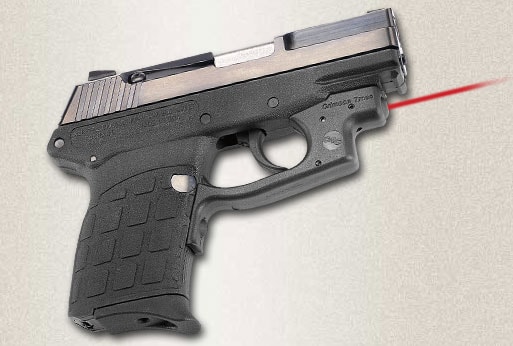 If the PF-9 has any drawback, it’s just how small it really is.  People who have large or beefy hands could very well run into problems handling the PF-9.  That being said, if that’s your problem, then you can probably conceal a larger handgun (like the P-11, which is priced similarly to the PF-9).

The PF-9s size is one of its strengths for most people; the fact that it’s so affordable, has a good trigger, and positive record are all just icing on the cake.

All of Kel-Tec’s guns deliver with low prices; the PF-9 simply happens to stand out more on account of the cost of its closes competitors.  It’s just a bargain for what you get.