We reviewed a tactical AR scope from Konus a few months back and were very pleased with how well it worked.  The Konus Sight Pro isn’t going to blow you away with its abilities.  It will do a surprising amount for an optic in this price range, and that’s what makes it worth talking about.  For just over $100, you can pick up an optic that will make rimfire and small caliber rifle shooting fast and fun. 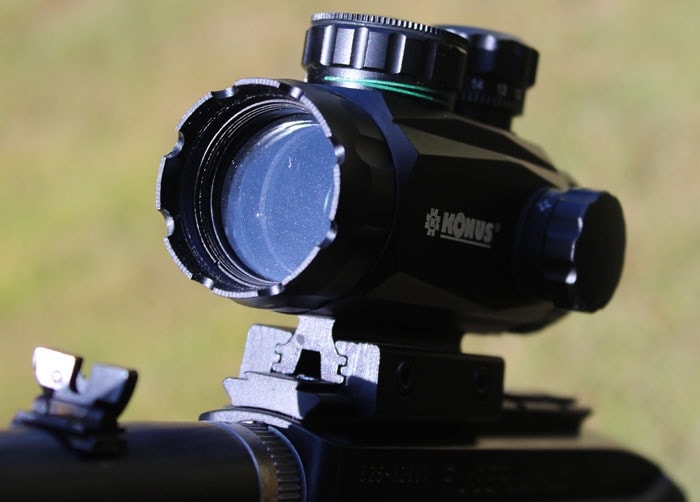 The reticle on the Sight Pro is 1 1/2 inches wide.  The whole optic comes in just under 5 inches.  It weighs in at 13 ounces.  The displays are available in red and green, and in four different reticle patterns.  The finest, a simple dot, covers 4 MOA.  Unlike most of the other optics on the market today, the Konus hails from Italy. 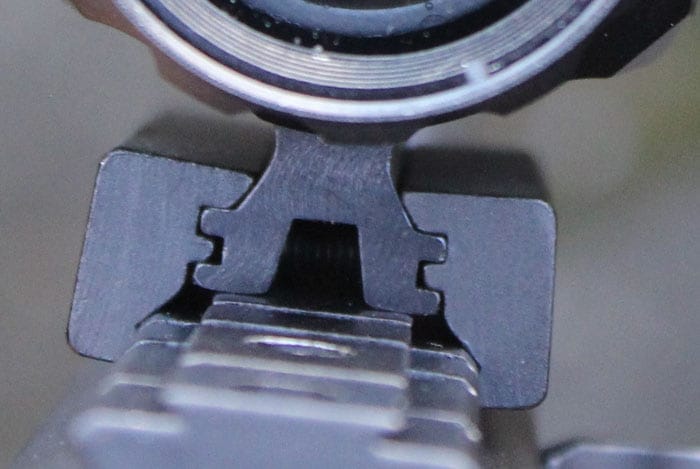 The base is interesting.  It can attach to either a Picatinny rail or a 3/8 inch rail.  While I appreciate the dual attachment option, the larger of the two doesn’t hold as well as I would like.  When I really wrench it down tight, it feels like it might bend a bit.  This is no big deal if you’re shooting something light.  I put it on a Ruger 10/22 this week with absolutely no problems whatsoever.  Larger calibers?  I’m not as confident.

The reticles are fantastic.  The 4 MOA is ideal for shooting steel.  The width of the scope itself allows for a healthy unmagnified field of view, which makes it even faster.  The red projections are visible in low light and on dark target back grounds.  The green is much better for daylight shooting.  And they can be dialed up or down in intensity.  The most intense projections blur out for me.  The resulting spot would be fine for use with a shotgun, but not much else. 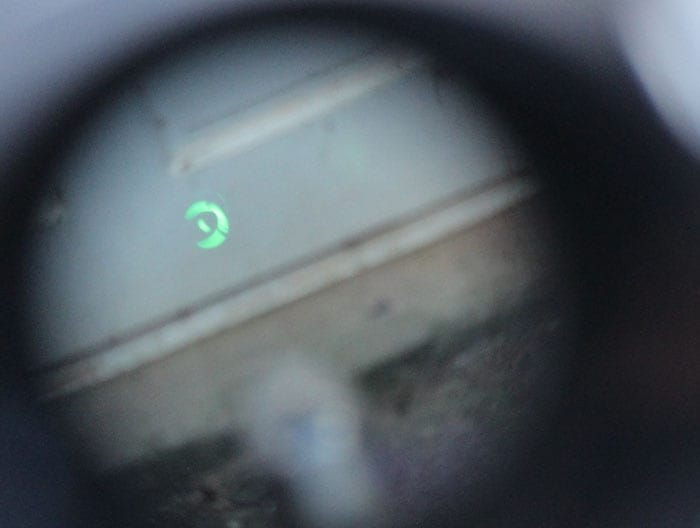 One of the most interesting quirks of the display is that it disappears if you shift your line of sight to the left.  You really have to be spot on and directly behind the reticle to get the projection clearly.  From the right side, the image is still visible, but it begins to distort a bit.

With the Konus on the Ruger 10/22, I had no problems.  Not one.  It ran perfectly.  While the 4 MOA dot isn’t as accurate as the rifle’s iron sights, it is much faster.  It is a big optic.  The dial sticks out from the sides and top so much that it feels a bit obtrusive.  On a larger gun, the size doesn’t feel so overwhelming.  But then we have to talk about recoil. 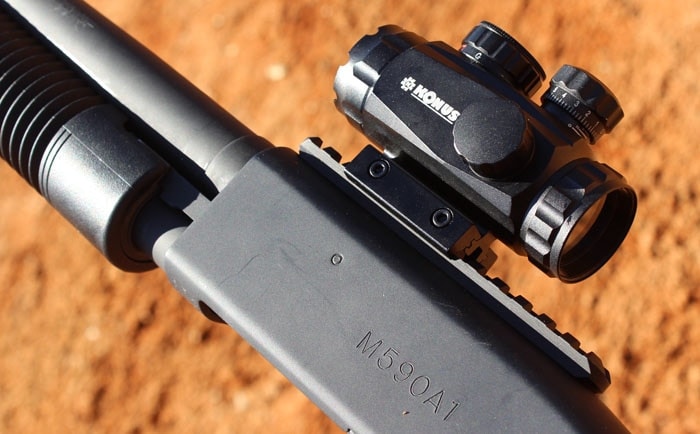 We put the Sight Pro on a Mossberg 590A1 and it wasn’t a happy match.  It would work great if you only needed one shot.  That first one is perfect.  But the brutal recoil of the 12 gauge didn’t sit well with the Sight Pro.  The display shifted so much that it was noticeably off center. 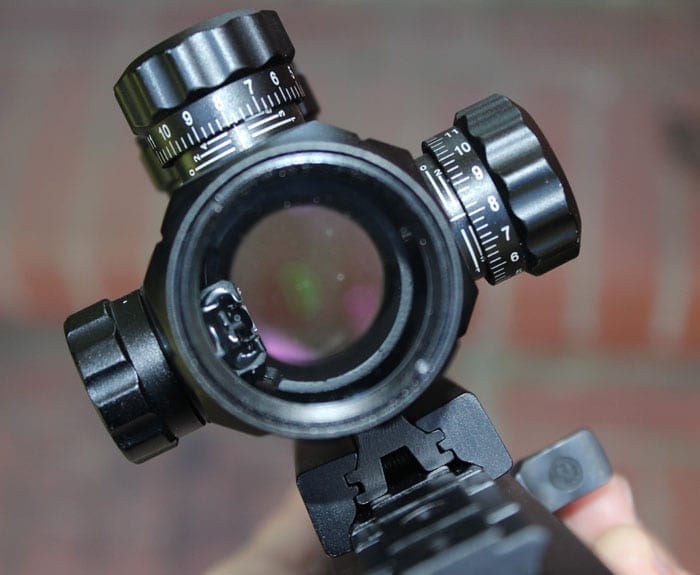 I tried it on a .410, and it held up as well as it did on the .22 LR, but there’s a sweet spot in there somewhere where the force of the recoil exceeds the limitations of the optic.

For a hundred bucks…

That last little bit sounded like I’m not really happy with the Konus.  That’s not the case.  For what it is, this thing is great.  I’ve yet to shoot a $100 red dot that compared to those from Aimpoint or Leupold or Trijicon.  I don’t know that it’s even possible. 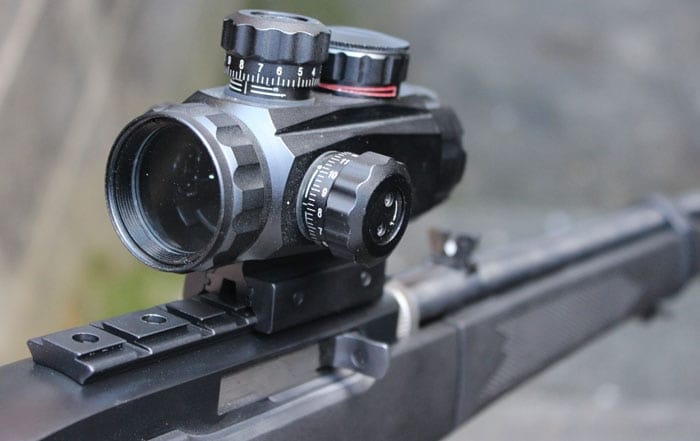 The Konus is a great sporting scope.  It would be a good choice for a .22 LR and an infestation of squirrels.  It is perfect for plinking.  And it isn’t going to set you back that much, either.  This would be an ideal optic for kids to learn on.  It is easy enough to use that it is gratifying, and it will teach a healthy respect for the abilities of higher priced optics.