Before I get into the review, I want to acknowledge the fact that these shotguns are not the type of firearms you typically see reviewed in the pages of publications like ours.  We are too snobbish.  In terms of break action shotgun prices, the Rossis are the bottom of the line.  In Rossi’s own line of shotguns, the Pombas (dove in Portuguese) are at the bottom.  That’s what makes the Pomba such a great place to start.

The Rossi Pombas in .410 and 12 gauge. (Photo by David Higginbotham)

The Rossi Pomba line is just about the most affordable shotgun on the market.  Around these parts, the no-nonsense scatter-guns are marketed as “full-sized field grade shotguns.”  The description is right on.  If you can get over their rather rough exteriors, these guns are solid tools. 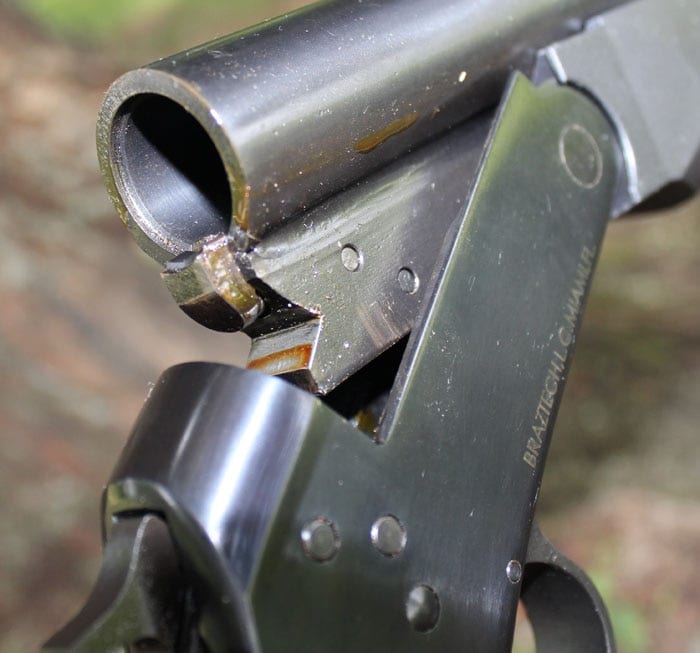 The gun will require oil.  (Photo by David Higginbotham)

We have two of the full-sized models in for review.  The .410 and the 12 gauge, but there are other chamberings and stock designs available.  Both are identical in their basic appointments.  The polymer stocks and forends are durable and sufficiently textured.  The design is ergonomic.  There’s just enough grip on the stock for a solid hand hold, and the forend’s concave curve allows for the hand to find a well balanced grip quickly.

The barrels on the Rossis are a bit like pipes.  They extend from the chambers with no taper.  The breech end is heavy (though not as heavy as the thick chambers on most American made break actions).  There is a distinct join several inches up where the straight line of the barrel begins. 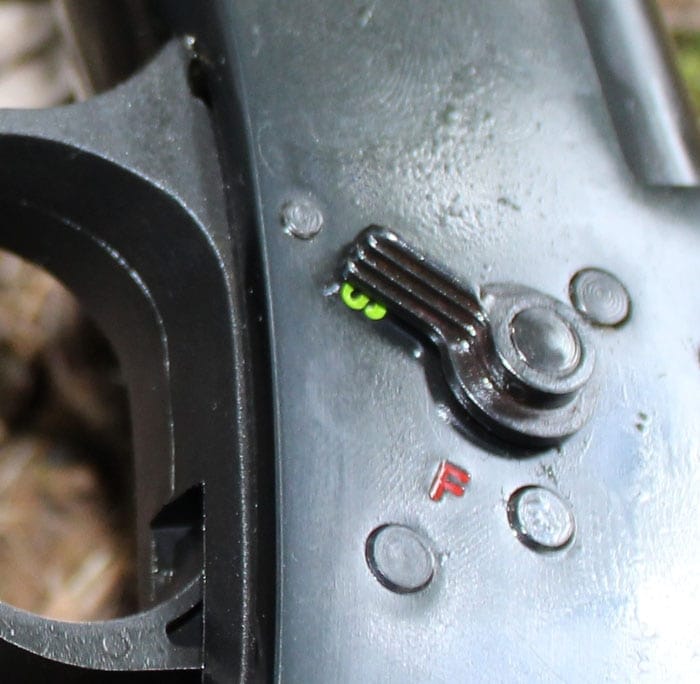 The safety is easy to access. (Photo by David Higginbotham)

Rossi has provided a recoil pad on the end of the stock.  That’s a good thing.  With very little mass, the Pomba kicks.  The gun is chambered for 3-inch shells.  The gun weighs only 5 1/4 pounds.  The barrel is 28 inches long and comes with a modified choke.

There are few accoutrements apart from the sling mounts.  Most of what comprises the gun is purely functional.  The lever that breaks the action is right beside the hammer.  Both are easily accessible.

The safety is on the left-side of the receiver and is meant to be worked with your thumb.  It does take a bit of practice to get there.  This isn’t a standard feature on most of the old break action shotguns, so there’s that as a benefit.  But it isn’t as easy to access at the safeties mounted in trigger guards, either.

When you pull the trigger, the gun goes boom.  Or pomba.  Before I knew the word meant dove, I thought it was onomatopoeia for the sound of the shotgun.  Still, the Pomba loads easily and extracts cleanly.  Nothing fancy.  No complaints. 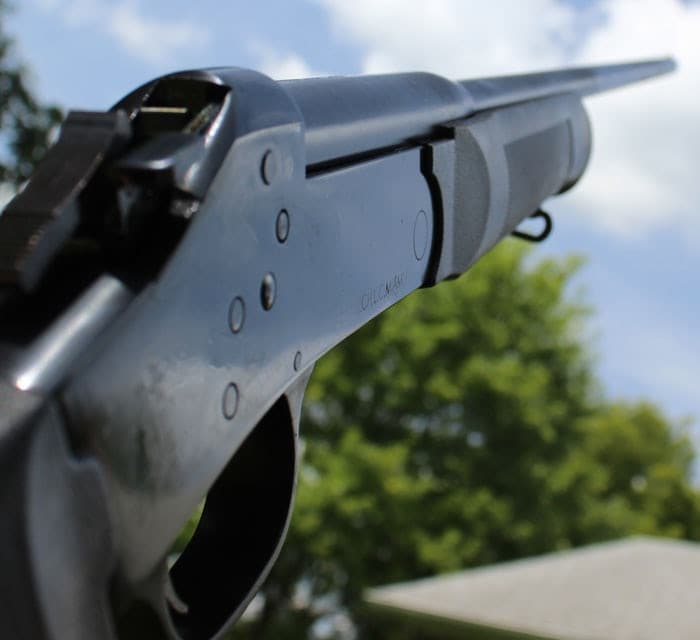 Fit is solid, if not flush. (Photo by David Higginbotham)

The full-sized .410 is a great gun.  My family roots are decidedly rural.  My grandmother, who lived alone in the wilderness of western Alabama for more than 30 years, kept a .410 by her front and back doors, which I don’t ever remember being locked.  She was just that sort of woman.  The .410 was perfect for her small frame, and sufficient for the varmints and feral dogs that she sometimes sent packing.  And it was perfect for me as a boy.

Rossi makes versions of the Pomba in .410 and 20 gauge that are youth sized.  And if you’re shooting with kids, that isn’t a bad idea.  The Pomba is a great way to teach shooting skills, but also a great way to teach gun care and cleaning.  The steel on these dudes is blued, but they’re going to rust.  No doubt about it.  No complaints. 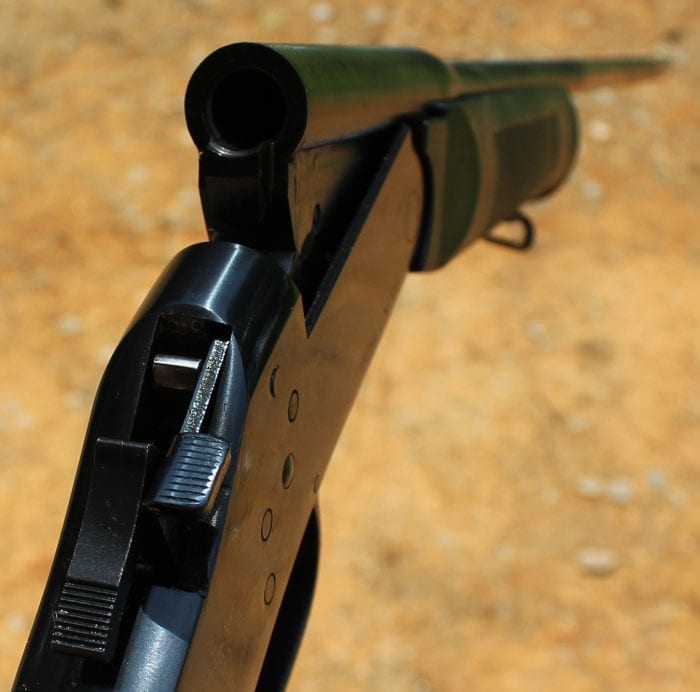 The .410 is incredibly light. (Photo by David Higginbotham)

The .410 with the 28- inch barrel feels something like a fencing sword.  It only weighs 4 pounds.  It would make a perfect first shotgun for a teenager.  It would also make a great camping gun.  The Pomba just begs to be used and abused.

Any honest comparison that I could do between these shotguns and some of the others on the market would make Rossi’s gun look like junk.  I understand that, but I think that’s the point.  You can pick one up new for less than $150.  Some seasonal sales will drop that price closer to the century mark.

But you won’t be afraid to use it.  There’s no excuse not to take it with you.  This is an aesthetic that defines all of Rossi’s guns, and it is what makes them so insanely popular.