Late in the summer, the weather in the south had dried up to the point that the red clay had dried and cracked like desert landscapes I used to see in National Geographic.  It was brutally dry.  While the tobacco farmers in this neck of the woods were wanting water, the rest of us where happy to enjoy the lingering summer sun.  It was great shooting weather.

And then it started to rain.  We didn’t see a single ray of sun for more than a week.  I’d set up a range day with a friend, and we’d made special arrangements to shoot a Serbu BFG 50A, a gun that requires a lot more planning than  most.  We had the ammo lined up, the gun was inbound, and we had a safe place to shoot it.  We were going to shoot it, even if we did have to ignore the coastal flood warnings. 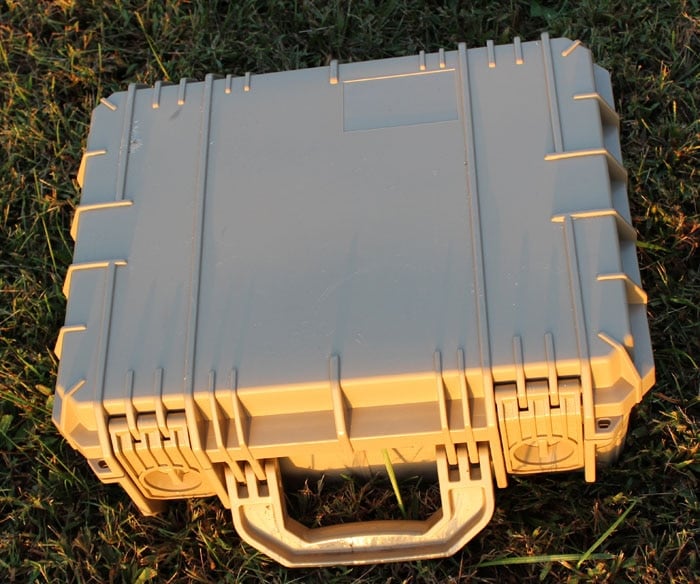 After hemming and hawing for several hours, we caught what we thought was a break in the weather.  A week of rains had turned the dirt road out to the range into a wet slurry of sandy clay that tested the limits of my Subaru’s all-wheel drive.  But as we started to unload, the downpour receded to a near constant mist.

Everything was wet.  Everything except what I’d thought to bring in dry boxes.  I had three with me.  One, a surplus ammo can, held 100 rounds of .50.  Another, a Nanuk case I’ve outfitted with custom foam from MyCaseBuilder.com, held all of my cameras.  The third had been an afterthought when I was packing up, but it became the most useful case of the day.  It is a modest case, for sure, but it held its own.

I’ve reviewed Seahorse before, and liked what I’d seen.  Their Hurricane Pistol Case is an ideal way to keep one gun organized and dry.  But the SE630 is a bit larger.  With the right foam inside, the SE630 could be a very effective way to keep handguns dry.  I’ve been looking at it for six months or so, and had almost decided it would make a good travel case for optics and scopes.  But I just hadn’t gone to the trouble of getting foam cut.

While it is ideally sized for optics, I don’t often have that exact need.  I’m not inclined to travel with multiple scopes, unless I’m headed to the local range (in which case, they travel in their boxes). 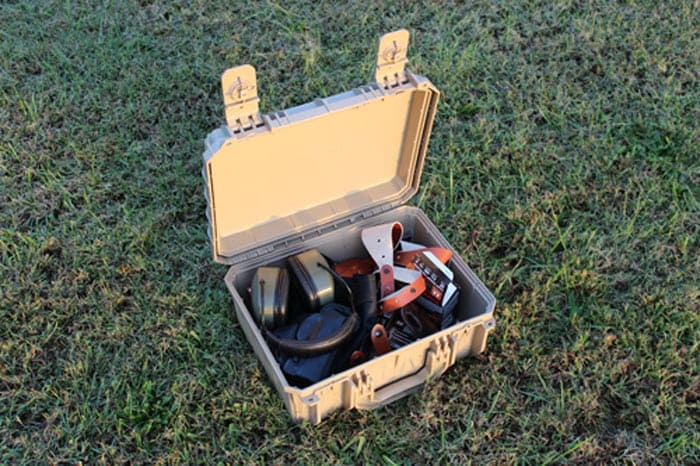 The inside of the SE630 is 16.02 inches by 11.60 inches, and 6.22 inches high.  Outside dimensions are a bit longer in every direction: 17.54 inches by 14.24 by 7.50 inches high.  I mention it only because many folks are using boxes like this on boats and trucks, storing them in other containers where space is already tight.

Empty, the case comes in at 6.9 pounds.  Foam adds just over a pound.  For a relatively light weight case, the SE630 has robust hinges.  The latches on the front actually twist to lock, which keep the case from opening accidentally.  The seal around the outside of the edge has a well protected gasket.  It has padlock holes, of course, and waterproof panel inserts can be easily installed inside the case with an extra kit with no need for modification. 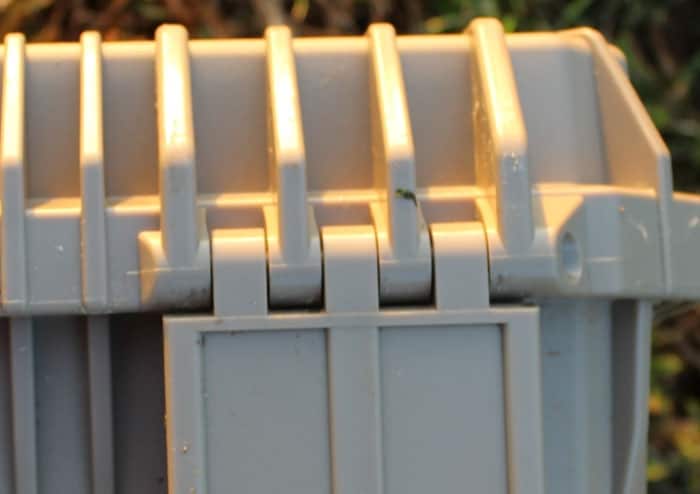 Empty, the SE630 is selling for under $50.  Foam adds another $20, usually.   It is available in tactical black, or who-needs-a-waterproof-case-in-the-desert-tan.  But I guess it is water proof and dust proof.  And I’ve lived in the desert long enough to know that it rains there, too. 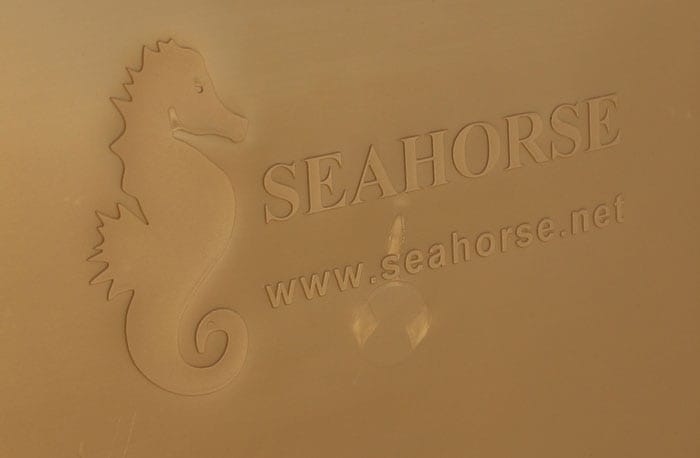 This branding is on the inside of the lid. A nice change.

One of my favorite aspects of the Seahorse is the very subtle branding.  The company has chosen to leave the exterior unadorned.  This is clearly intentional, and an oddity in the dry-box industry.  Yet as much as I take pride in writing a review of a well priced product that performs above my expectations, I still don’t want to pay to advertise for companies.  That rubs me the wrong way.  Always has.  I even cut the tags off my jeans.  Just the way I am, and the lack of seahorses on the exterior of this case speaks to me.

The Seahorse cased saved my bacon when the rain returned this past weekend.  This box ended up being stuffed with ammo, holsters, pistols, and a camera or two.  Between shots for the reviews, I’d drop the camera back in the Seahorse, rather than risk opening up my camera case and exposing everything to the weather.  And the overlapping lid meant I didn’t even have to crank down the locks to keep things dry.  It is a rugged handy box, for sure, and well worth the price.