There are a few times when we can write up a SIG and stick it in the bargain bin, such as the P250 and SP2022, but the majority of their firearms are pure premium, and generally cost 50% or more than other service pistols and rifles.  One gun we’re putting on the short list is the SIG P225, and it’s sister model, the German Police P6.

The P225 is a direct descendant of the SIG P220, the iconic Swiss designed, originally German-made service pistol.  Uncommon to many European handguns the P220 was a full-size single-stack .45 ACP.  An original design, the P220 was designed to be used in DA/SA, with the first trigger pull being a full double-action stroke and every one after that a tight single-action pull.  The P220 was made with a decocker, not a manual safety. 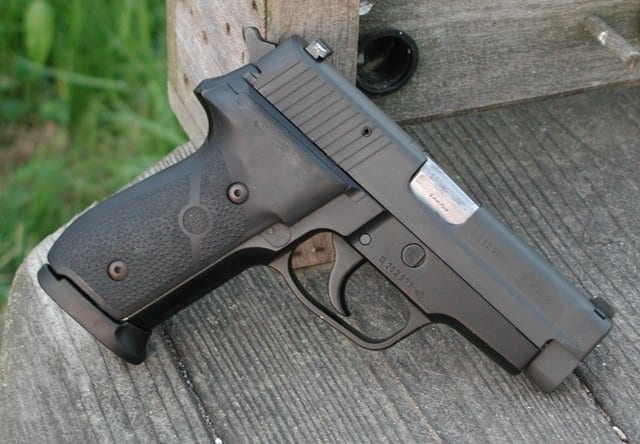 It was put into service starting in 1975 in Switzerland to replace the much more expensive SIG P210.  Soon it would see adoption in many other countries including the US and even the Swiss Guard at the Vatican.  But an even less expensive, more compact option was sought out in Germany.  The SIG P225 was designed to meet the German Police requirements put forth during the ’70s.

Like the P220 the P225 is a single-stack pistol with an alloy frame and steel upper, but it’s got a shorter slide and barrel, 3.9 versus 4.4 inches, and it’s chambered in the more economical 9mm.  The main design change is the slide.  Unlike the milled slide of the P220, the P225 uses a stamped steel slide that is lighter weight and much less expensive to produce. In Germany the SIG P225 was adopted as the P6, with a heaver mainspring giving it a slightly heavier double-action trigger and fixed combat sights.  In the US where the P225 saw wide adoption by law enforcement as well it was outfitted with night sights.  If you get one with night sights they probably need replacing if you want a healthy tritium glow.

The P225 and P6 have largely been discontinued as the demand for single-stack 9mm pistols for duty is practically nonexistent today, and they’re often sold off as departments replace them with more suitable handguns.  Which is great news for the gun enthusiast and the concealed-carrier. 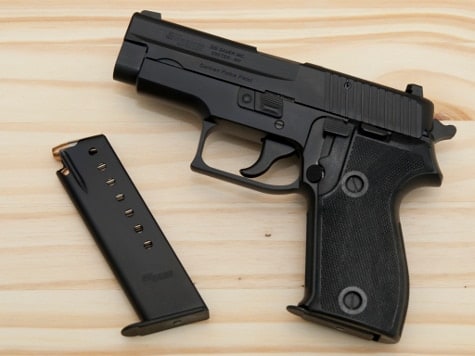 Unlike most SIGs the P225 has a very comfortable grip for people with hands of all sizes and there is a healthy aftermarket for them as well.  Sights, grip panels, holsters, magazines and every other P225/P6 accessory you could ask for is available for these guns, and best of all, they’re priced perfectly.

You can find a P225 or P6 usually for around $450, give or take $50 depending on the lot and the condition.  The P225 may have been replaced by the P229 and P239, but there’s something about the original that neither model can really approach.  Its class and history alone make the P225 worth wanting, but the simple truth is that it’s also just a bargain.