Many bargain firearms are duty weapons.  Police and military sidearms and long guns that have been produced in such great numbers that the costs of manufacturing them are next to nothing.  SIG doesn’t usually work that way, being a premium small arms company; the SP2022 is a major exception.

These polymer pistols are issued in the hundreds of thousands all around the world, with some of the larger contracts going to the DEA and French national police, and many other smaller contracts, including the U.S. Army Tank-automotive and Armaments Command. 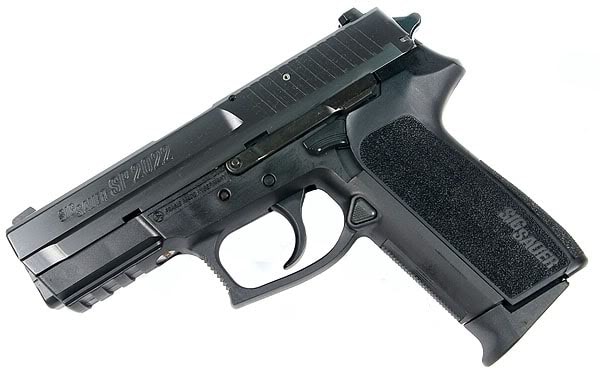 As such, they have already have a serious track record including extensive torture testing and are considered one of the most durable, dependable service pistols being made.  And you can get them for as little as $400.

The SP2022 is a compact, 3.8-inch-barreled double-stack service pistol in 9x19mm (15+1) and .40 S&W (12+1).  It’s a DA/SA handgun with a decocker, as well as a trigger disconnector safety, firing pin lock, and hammer block, to insure that the gun will only fire when your finger is pulling the trigger.

It’s a modern pistol, so it does have a Picatinny rail, and it also has interchangeable backstraps.  Currently, they come with a standard and a small backstrap, but large grips are available online for a trivial price.  They use standard SIG sights so there’s a big aftermarket there, and can be purchased with SIGLITE night sights for about $50 extra.

Internally, they’re pretty different from P-series SIGs, but in this case that’s a good thing.  From a manufacturing perspective, they’re somewhat modular, and the hammer group is a completely different drop-in unit, which in addition to making detail stripping a lot easier than with most pistols, gives these guns a particularly nice trigger.

The pull is 10-pound DA, 4.4-pound SA, and is one of the smoothest and most consistent triggers SIG offers.  It’s second only to their competition guns that are hand-assembled in Europe.  Really, it’s something else.  And it’s not just the trigger that’s nice, the grip shape and texture make it a gun you just won’t want to put down. 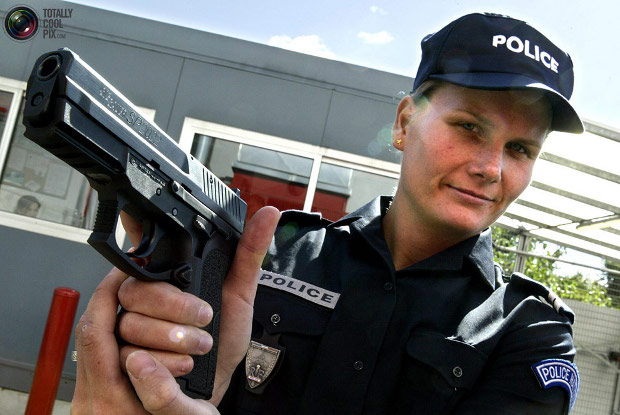 The SP2022 is SIGs biggest sleeper.  It’s priced lower than what most of their metal-framed guns cost used, and can be treated like a punching bag and still run perfectly.  If you’ve always wanted a SIG but have been put off by high prices, you need to check out the SP2022.