Most everyone reading this knows that someone somewhere said that an SKS is a good value, and that they were right and a trusted voice.  Well they were right, and the SKS platform does offer considerable value to anyone looking to fire off cheap surplus ammo or stalk deer in rough terrain; the it’s a great all-around gun, and if you want a rifle but aren’t sure what kind of rifle you want, you almost certainly can’t go wrong with a Self-loading Simonov Carbine.

That being said, make sure you’re getting the SKS you want.  The rifle’s been made for so long by so many different armories that getting a good one takes a little knowledge.

The “best” two versions are the Russian and the Yugoslavian rifles.  People can argue back and forth which of those two is better; we think it’s a matter of preference.  The Russian rifles from Tula and Izhmash have more slender stocks, are lighter overall, and have chrome-lined bores.  The Yugos are heavier and have a gas-piston cutoff valve, with the intention of launching grenades, and no chrome bore.  The Yugos sometimes have an edge in accuracy, and if properly cleaned, can take more abuse.

“More abuse” is relative, as even the cheapest SKS can take it over and over again; it’s just that the Yugos can be launched to the front line by cannon, picked up, loaded, and be good to go.  Both have top-notch manufacturing, will clean milling the likes of which no other manufactures come close to.

Chinese SKSs are very common, even though they were banned.  They’ll probably never become collector’s items as they’re neither hard to find nor higher quality than the Russian or Yugoslavian Simonov carbines—but they are cheap and plentiful.  They’re also available in all kinds of varying configurations, with different barrel lengths, folding stocks, wood, synthetic… That being said, North Korean and Vietnamese SKSs are rare and valuable, as are East German rifles.  If you see one selling as just another SKS, well, it could be worth your while.

The prices on SKSs has been going up slowly while other firearms have been holding steady or dropping; this could be people stocking up on good, inexpensive rifles before something happens to them all, or, it could be that people have finally come around to recognizing the all-purpose value of the Simonov carbine.  With all the action going on in the aftermarket, we suspect it’s the latter.

While not as strong as say, the AK, the SKS does have a stout American aftermarket.  You can get new stocks and synthetic stocks, peep sights and fiber-optic sights, high-capacity magazines (some tooling required), or you can stock up on lots of ammo and leave the gun as it is; embrace the stripper clip. 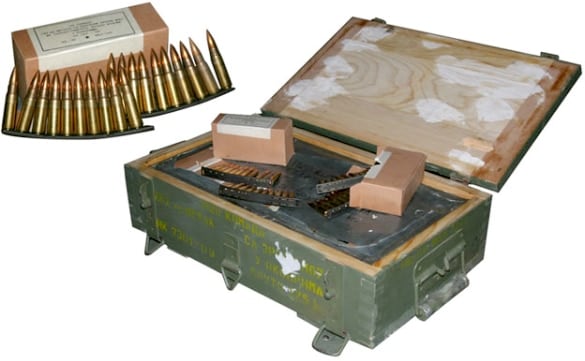 One thing we have to stress: if you decide you want to mount an optic on there, don’t get a cheap dust-cover with a Picatinny mount.  Get a solid scope mount that reefs down on the receiver, not just the take-down pin.  Or get a forward-mount gas-tube rail, those are bananas.  They also make it a lot easier to load from the top.  Bet Simonov never though he’d designed the budget Scout Rifle, but he did and did a great job of it.

And even though prices on SKSs are going up, you can find used ones from $200 onwards, and never-issued surplussed rifles for under $500, and carbines priced everywhere in-between.  While the SKS will never be a sharpshooter, a high-power battle rifle, a race gun, or a machine gun, it will hold its own just about any environment and reliably go bang, putting a hole through anything you want inside a couple hundred yards. 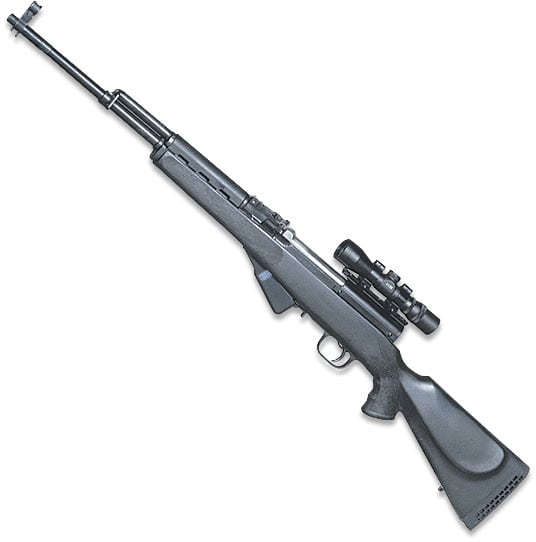