Bargain Hunting: The Smith & Wesson Sigma, and How to Fix the Trigger (VIDEO)

The Smith & Wesson Sigma series has a bad, bad reputation.  It may be a $300 handgun, but in many shooters’ eyes, it’s a $300 waste of money.  That doesn’t have to be so; there’s a home gunsmithing trick that can fix things right as rain.

To understand why the Sigma’s trigger sucks, and that is a technical term right there, you have to take a look at the gun’s history.  It is a polymer-framed double-action striker-fired handgun designed in 1993 and brought to market in 1994, and it had one and only one purpose: to compete against Glock. 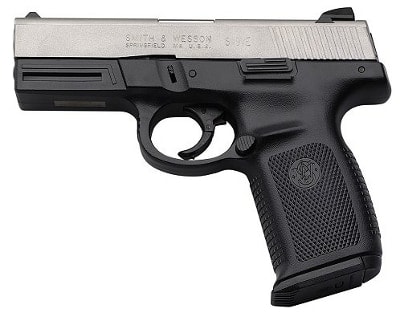 In fact, it was so similar to Glock’s pistols that Glock sued Smith & Wesson for patent infringement; Smith & Wesson settled out of court and altered their design.

To their credit, the trigger, while sucky by today’s standards, was designed to be heavy, between 8-12 pounds heavy, because that’s what a lot of police departments were asking for (and some still do to this day, like the NYPD).  It’s a safety feature, naturally. 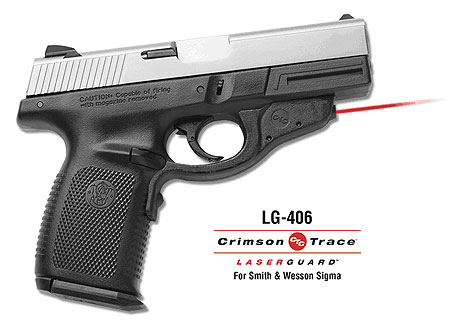 The Sigma does have fine qualities, this is true.  Besides being super-cheap, it’s not an unreliable pistol, and it’s on the higher-capacity end of the handgun spectrum, 16+1 in 9mm, and 14+1 in .40 S&W.  It’s lightweight enough to carry all day at 25 ounces, and thin enough to conceal at 1.3 inches wide.  It also has a bustling aftermarket with many holster and sight options, even lights, rails, and lasers.

One thing about the Sigma is that you can pop out the springs that add to the triggers’ poundage with just a screwdriver.

How to Fix the Sigma Trigger

The end result is a trigger that will break between 3.5-4 pounds.  Sure, it will have some take-up, but hey, not bad for nothin’.  This will, naturally, void your warranty a little bit.  But it’s easy to undo and makes the Sigma a much more interesting shooter.  If you’re concerned about missing springs but still want a lighter trigger, Wolff manufactures striker springs “for competition use” that will lower your pull somewhat as well.

That being said, while neither one of these methods is prone to making the Sigma less reliable, it’s safe to say that this is the sort of thing that you do with your Sigma: the range toy, not Sigma: your nightstand piece.

Even without modifying the trigger in any way the Sigma gets the job done.  It’s a dependable, and most importantly, affordable handgun, not that the Sigma is going to win any prizes for looks.  In a perfect world everyone would have the money for all the guns of their dreams, but when you only have $300 and want both a gun and possibly some ammo, the Sigma is a fine choice.