As much as we like the old M1895 Mosin-Nagant revolver, the Tzar’s sidearm got clocked in the small arms race more than a century ago.  It was replaced with the (by Soviet standards, anyway) short-lived Tokarev TT.  The TT-30 and -33 have been in service elsewhere ever since, and with good reason.

Like any firearm made in Russia, designed during the Soviet era, it’s simple, a little rudimentary, and can be thrown into a jet engine and come out cleaner on the other side.  It entered into service in 1930 (and was updated in 1933) and would eventually get replaced by the Makarov PM in the early ’50s, but the Soviet had so many M1895s, it didn’t fully replace them even by the time it ceased production. 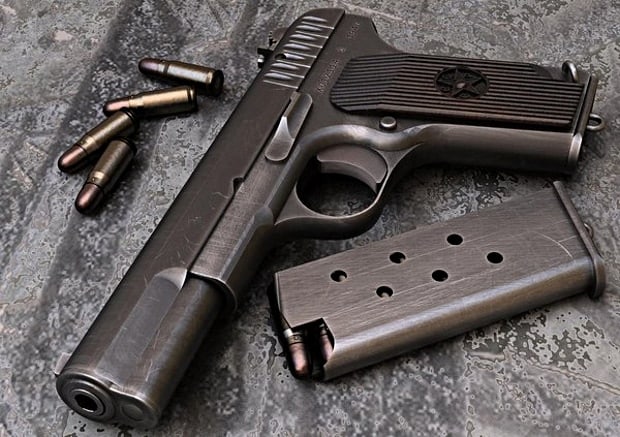 The Tokarev pistol is about a quarter 1903 and a quarter 1911 on it’s dad’s side, and the rest is all Mother Russia; it’s designer, Feydor Tokarev, drew heavily from Browning’s designs, but the final product varies so much that no one can say that the TT is a copy of any of FN or Colt’s handguns, let alone a clone.

It, like many guns of its time, is has a 7.62mm bore, and is chambered for the 7.62x25mm Tokarev cartridge.  Originally purposed for submachine guns, this little cartridge gets a whole lot bigger in a handgun.  From a TT barrel, it’s not unheard of for an 85-grain projectile to leave the muzzle at well over 1,600 feet per second (550+ ft-lbs), and it is well-known for its exceptional ability to penetrate even modern ballistic armor. 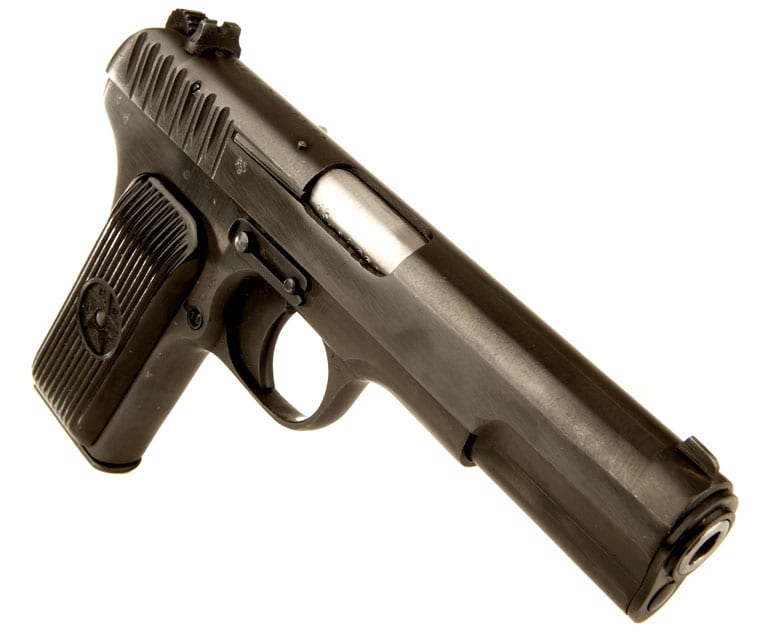 It’s fair to say that there will be recoil and there will be noise.  That doesn’t stop it from being a fun shooter at all, and even though ammo prices have been rising, you can find bulk surplus cans priced cheap on the centerfire handgun ammo scale.  That being said, unless you’re handloading, hollowpoints and other defensive ammo is hard to find.  But if you are a handloader, then your options are almost endless; the TT will eat anything you feed it so long as you keep it in fresh springs.

Even as fewer and fewer of these get imported every year, and even though the price of guns has been steadily going up, you can get a Tokarev TT, or a variant of it, for $250 or less.  Holsters, parts, and magazines are also easy to find; all things necessary for this to be a great bargain.