The Vz. 58 is often overlooked, which is sort of a good thing, it keeps prices down.  A lot of people just say, huh, lookie that dumb AK clone.  It is not. The Vz. 58, or Samopal vzor 1958 (vzor is Czech for model) is its own gun.  If you were to draw a line between it and its single greatest influence and closest relative, that rifle would be the German StG 44.  Its development began in 1956 under the codename “broom” and all have been made at the top-notch CZ-UB facility in Brno.

There are other differences that are not cosmetic; the Vz. 58 doesn’t have the dust-cover safety, it uses a thumb safety that’s just above the pistol grip, and it features a bolt-hold-open for after the last round is fired.  Although it uses banana magazines that rock-and-lock, the 58 can also be loaded from the top with stripper clips in a pinch. 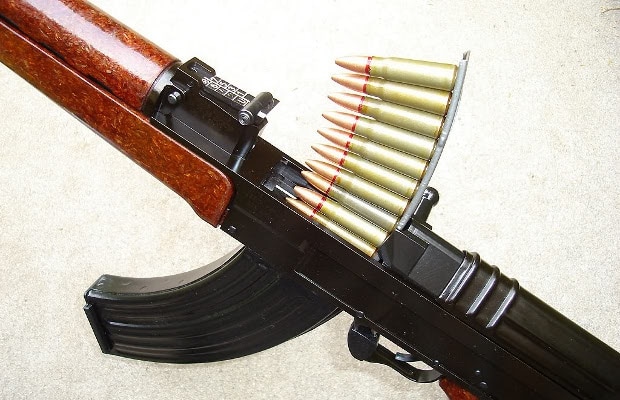 All said and done, it’s a pound lighter than a stamped AK, and that includes the fact that the Vz. 58’s receiver is milled; the magazines are also lighter, as they’re made from high-grade aluminum, not steel.  It’s an extremely well-balaced rifle, and it’s been adopted by many militaries not limited to the Czech Republic.  And it’s still in service by the Czechs, even as it’s currently getting phased out for this evil black rifle: 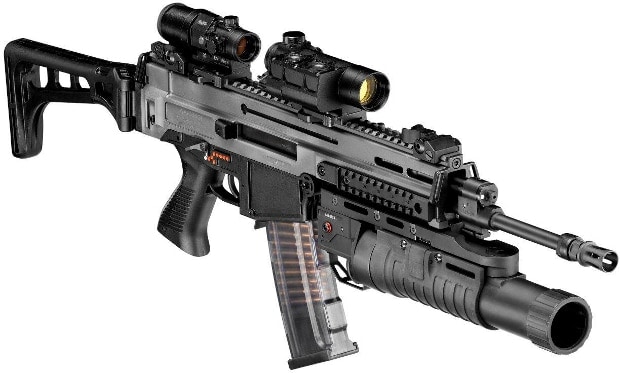 It’s tough, it’s reliable, and oh snap, it’s a nine hundred dollar rifle.  Except. Except when you buy it from Century.

Look, we all know Century had their troubled years, and their Vz. 58, the VZ 2008, came out right in the thick of them.  But all Century did was bring them up to 922r code, making them compliant with U.S. gun laws, they did not assemble them or build them from parts.  They swapped out enough furniture and replaced the barrel to make it good to go with surplus magazines.  They can often be found for $500, usually closer to $400 or even less.

They don’t have the same level of finish as the Czechpoint-imported Vzs, but they’re made by the exact same people in the Czech Republic, which means they have the same fit.  Basically, you’re getting them for half price.  And Century has a great warranty.  Bargain.  They even have ’em with the cool side-folders. 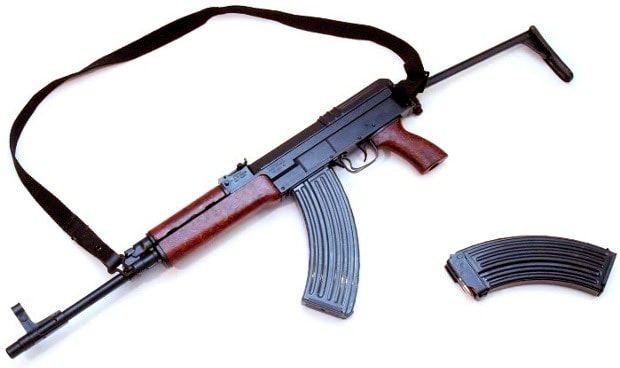 One thing, though.  Please, ditch those stupid AK slant brakes Century insists on screwing on there.  As stated, AKs have a different recoil profile than Vzs.  It probably doesn’t matter a wit with a semi-automatic rifle, but it’s… it’s just not right. 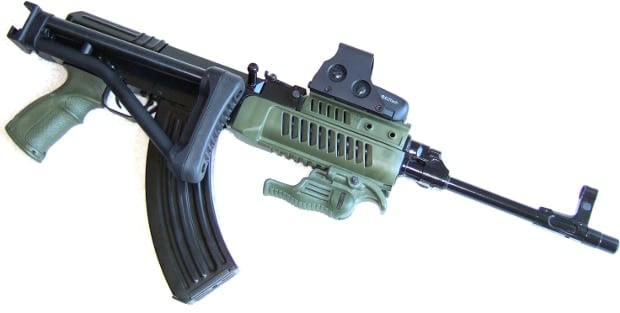 Anyway, one final thing about the Vzs: they don’t have a huge amount of aftermarket support.  But they do have it, with big names like Mako and Troy making furniture and accessories for them, if you want to really trick one out.  In any case, it’s a battle rifle; stock up on magazines and ammo, those are its real accessories.