Beat the heat with the Taurus Protector Poly

Living in the Florida heat can sometimes make it tough to carry a concealed firearm with adequate firepower since shorts and t-shirts are the normal attire for approximately 10 months out of the year. For many years, lightweight revolvers have been used to fill this particular need, and have done so quite well. They are easily concealable, pocket-sized (for most people’s pockets) and are chambered in various calibers including the adequate .38 special and the very potent .357 Magnum. As a Floridian, a concealed weapon permit holder and firearms instructor, I have often encouraged people toward considering a revolver for personal protection. In the age where the semiautomatic pistol is king, the revolver still has its place in the concealed carry arsenal. 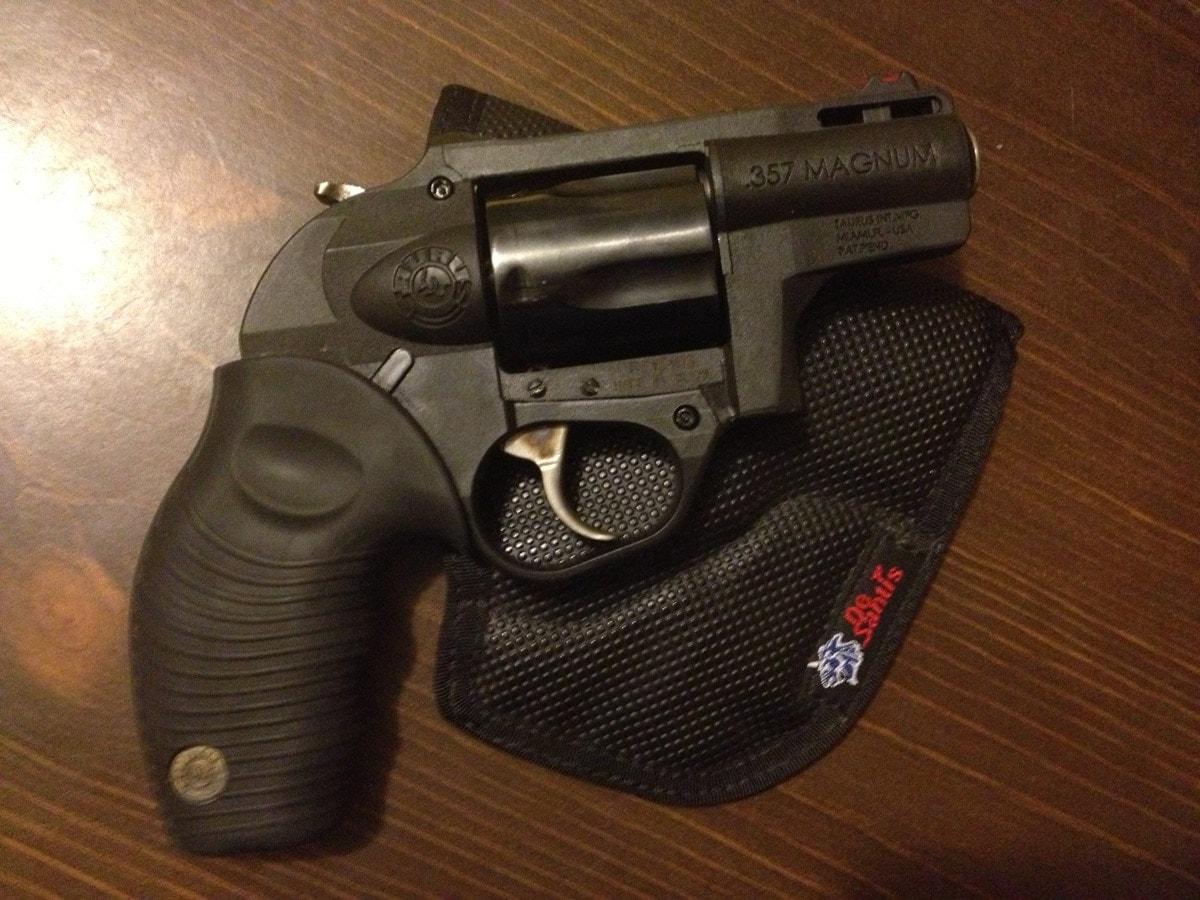 The Taurus Protector Poly has a polymer frame and can shoot either .38 or .357 rounds. (Photo credit: Keith Foskey)

Taurus, among other companies, makes a newer style of lightweight revolver that adequately fits the bill for what I want. The company calls it the Taurus Protector Poly and at first glance it resembles the Ruger LCR, since both have a polymer frame. Having owned both, I can say that while they do look similar (and admittedly it seems the Ruger inspired the Taurus), the Taurus should not be considered just a “clone” of the Ruger. There are some innovations that I think make the Taurus unique when compared with the LCR.

The Taurus Poly vs the Ruger LCR

The first major difference between the Poly and the LCR is that the Poly comes in a double/single action configuration while the LCR is a DAO. The Poly has a slightly exposed hammer spur, which enables single action shooting, increasing the ability to make a precision shot.

Now, for some the hammer could be seen as a negative. It could be argued that the exposed hammer spur might snag on the pocket when drawn. I have yet to experience this problem, but it is possible. It could also be argued that single action shooting is unnecessary with a defensive revolver, as most defensive situations would call for quick double-action shooting. I would simply respond by saying that I agree that most situations would call for double-action shooting, but the ability to shoot single action gives an option that would not be available on a DAO revolver. It is were necessary to shoot at a greater distance, or with a hostage involved, the single action option might make all the difference in the world.

Another difference between the Poly and the LCR is the grip. The Poly comes with two grips from the factory. One is similar in size to the LCR, which is a short grip designed to be more concealable. The other is a full-sized grip that allows a full two-hand grip when shooting. This grip makes shooting the magnum loads much easier as it provides more purchase area. My 14-year-old daughter had no trouble managing the stout recoil with the aid of this grip. 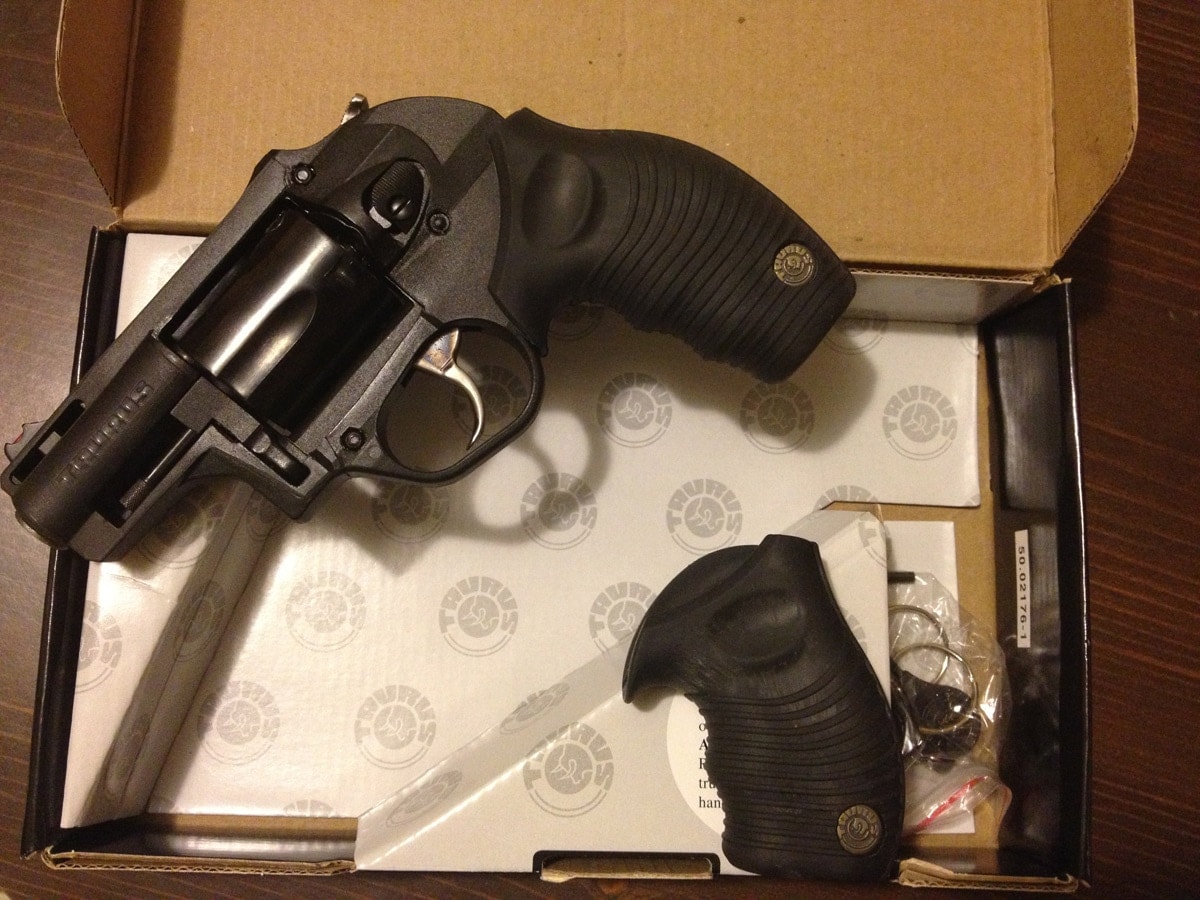 The third noticeable difference between the Poly and the LCR is the front sight. The base model of the LCR comes with a simple black bladed front sight post. It is adequate, but not great for precision shooting — especially in low-light conditions. The Poly, however, comes with a very bright fiber optic front sight that makes quick target acquisition a snap. There is some question about how sturdy the front sight will be overtime and daily wear, e.g. drawing and re-drawing from a holster. I have not had the gun long enough to comment on that except to say that it seems as sturdy as any other fiber optic sight that I have seen. 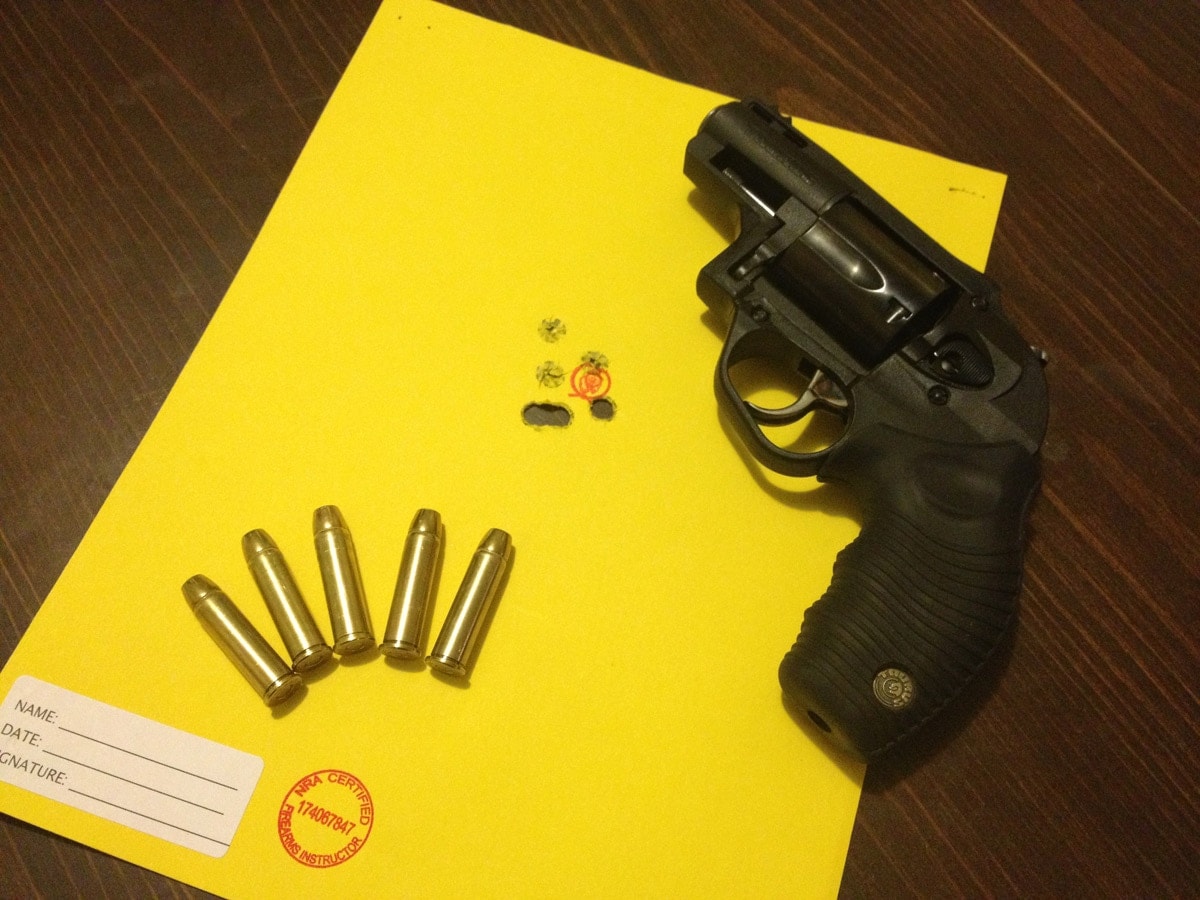 The only problem I have experienced so far with the Poly is that my particular gun does not like Hornady Critical Defense in .357 Magnum. It shot the rounds fine with reasonable accuracy, however the casings would not eject from the cylinder without having to be forced out by tapping the ejection rod with my pocketknife handle. It seemed that the Hornady casings expanded slightly near the rim, so they’d stick inside the cylinder. This was not a problem with any other .357 rounds I tried.

I shot Magtech, Federal and Fusion rounds through it with no problems on the ejection. However, the Hornady consistently got hung up in the cylinder. It is possibly I had a bad batch from Hornady, but I am not certain. I would recommend that anyone who is carrying this gun for personal protection test your defensive rounds to see if they have any ejection issues.

Overall, I recommend the Taurus Protector Poly because it’s a very concealable, easy-to-use firearm that packs adequate power for use in a defensive situation. It also comes in at a very reasonable price point of around $350. Whether you are looking for a very concealable primary gun or even just a solid backup gun, the Taurus Protector Poly is certainly a firearm worth considering.