Most of the time gun companies loan us guns so we can write our reviews. This is not always as fun as it might seem. When I get a new gun in, I break it down, clean it up good, and hurry through the process of learning the mechanics.

When I shoot, I’m focused on performance of the gun when combined with various types of ammunition. When I’m off the range, I’m asking questions of engineers, duty officers, hunters, and others.

When I’ve reached my conclusions, which are often little more than well-informed first impressions, I break the gun down, clean it up, and ship it back to the factory. It happens surprisingly fast and requires way too much paperwork.

This is exactly what I expected to happen with the Beretta Nano. After I reviewed the new 9mm dynamo, did some comparative testing, and then called up Beretta to arrange for the return.

But they said I should keep it for a while.

Odd. This has never happened before. 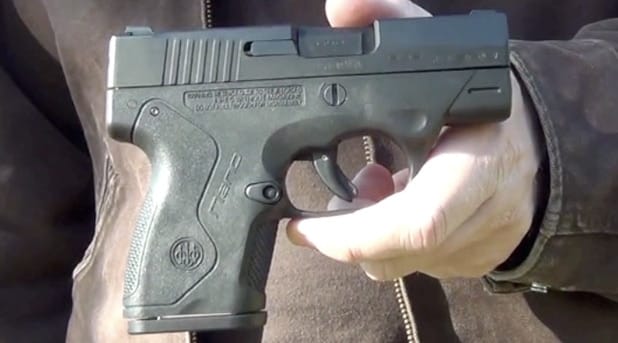 The answer: shoot it some more.

I called up a friend who had wanted to shoot the Nano. He’d read my review and liked what he’d seen. He showed up with a couple of bags of Georgia Arms 147 grain 9mm FMJ.

And we ate through it. It was easy. We ran the Nano all out for over an hour. One of us loaded magazines while the other shot. We worked from varying positions, various stances. We shot at multiple targets.

We didn’t give the gun much time to cool down, but we didn’t have any misfires.

At the end, I don’t have anything bad to say.

I thought I would miss the extra finger hold on the magazine. Nope. I thought I would feel serious hand-shock from the 9mm recoil in such a small frame. None. I didn’t think the square front end of the gun was very aesthetically pleasing. I still don’t, but who cares? This isn’t a gun to look at. That isn’t what it’s for.

The Nano is a tool to be concealed. It is designed for everyday carry, but more it is designed to work when you need it. And I have every confidence that the Nano would do just that. 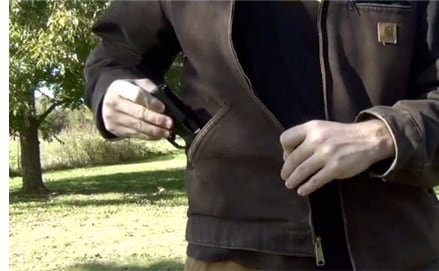 There’s been a lot of talk on Guns.com lately about holsters. I don’t have any leather for the Nano, but the weather has taken a turn and it is just cold enough for my Carhartt shotgun coat.

The coat has insulated front pockets that are the perfect size for the Nano. The gun disappears even better in the inside vest pocket.

Thanks Beretta. I’ve put this gun through its paces and I have to say that I’ve never shot a pocket 9mm that I like better. And if you’ve picked up on my tastes, you’ll know it is odd for me to wax poetic about anything with plastic parts – much less anything that is DAO.

But after more than a month of living with the Nano, I trust it completely, and I trust me with it.

I hope the good folks at Beretta don’t want it back any time soon.