Beretta calls their replicas the Stampede and currently offer four different models, though others have been offered in the past and are still available used. This review is specifically about the version with an 18-inch barrel and a shoulder stock, but generally applies to the several other models I have shot over the years, too.

The Buntline Carbine is likely a bit of historical myth created by one Stuart Lake, a biographer of Wyatt Earp in the 1930s. However, the idea of long-barreled revolvers with a detachable shoulder stock was known in the historical West. Still, Colt did produce guns of this description in the 1950s, and they have proven to be popular with some shooters.

The Stampede Buntline in .45 Colt (sometimes called “Long Colt”) does make good use of the ballistics of this cartridge, which can be loaded to power levels comparable to the .44 Magnum cartridge. Generally, the .45 Colt and the .357 Magnum cartridges for which the different Stampede models are chambered for make very good use of longer barrel lengths. 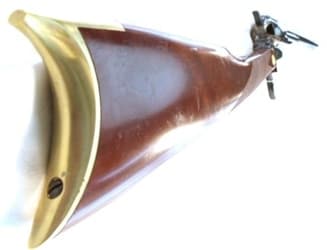 The Buntline has an overall length of about 30 inches and weighs about four pounds. This puts it on the lighter side of most carbines, but there is enough mass there to tame the recoil. The curved brass buttplate on the solid wood stock also helps to manage perceived recoil. Most of the Stampede line of revolvers weigh a bit over half what the Buntline does, depending on barrel length, of course.

The increased sight radius, as well as the stability of two-hand use, contributes to make the Buntline much like any other Pistol Caliber Carbine. Which is to say, it is more accurate for most novice shooters to use out to typical ranges of 50 yards.

But in the hands of an experienced shooter, accuracy past 100 yards is quite possible, though the fixed front sight and minimal rear sight does limit just how easy it is to achieve exceptional accuracy.

All models I have tried or seen are very well made, with the excellent fit and finish you would expect from Beretta.

Operation is standard for Single Action revolvers: the cylinder holds six rounds, is loaded/unloaded through a “gate” on the right side of the gun, and the hammer must be manually pulled back to cock the gun.

The trigger on all the ones I’ve shot has been smooth and fairly light. The wood grips are usually quite nice, and the wood on the Buntline was exceptional.

The guns seem to hold up well with use, and good used ones can be frequently found starting at about $400. The more unusual Buntline Carbine usually goes for more in the $750- to $800- range.

You can find decent quality SAA clones from other manufacturers for less. And you can find Beretta Stampede guns that have been misused and abused. But as a general rule, if you find a Stampede with no obvious signs of abuse, chances are that it is still in very good condition and will give you years of good service.

If you get a chance, pick it on up just to get the feel. This is particularly true of the Buntline configuration – which has a different (and enjoyably so) handling feel than any lever gun or pump carbine I’ve tried.