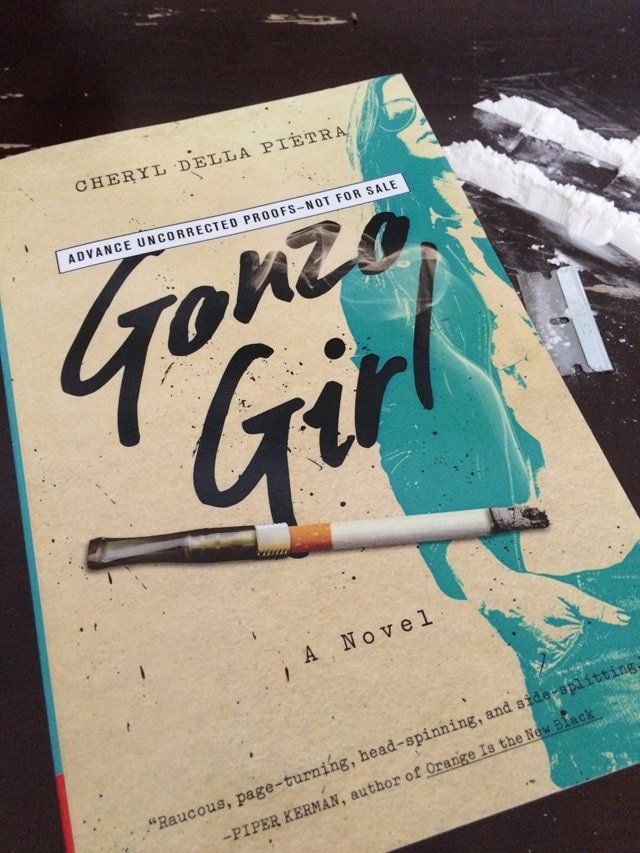 An advanced copy of Gonzo Girl and two lines of the world’s finest wheat-based nose candy for a great evening. (Photo: Kevin Kane)

Gonzo Girl tells the story of a young blue-collar raised and Ivy-League educated girl working as an assistant to the writer Walker Reade, the extremely thin fictionalization of the late, great Hunter S. Thompson.

From glancing at Cheryl Della Pietra’s bio, she obviously borrows from the months she spent as Thompson’s assistant herself out at his well-known Colorado ranch. The narrator has been charged with getting a book out of Reade by whatever means necessary as she battles against the riotous forces of voluminous drug and alcohol use made famous by Thompson as well as his predisposition for firearms and the visits by celebrities all while maintaining her sanity and safety.

While it can be a touch overbearing at first to read a book that would seemingly never exist without the basis for the character that it is so intentionally riding on and fictionalizing, Pietra keeps the novel tight, lively, and oftentimes exciting — once you get past trying to figure out what real life actors and artists are also being fictionalized as the novel rumbles to a start. But once the engine really comes to life, the hilarity of the situations and characters really carry the book forward.

Some of that force rides on the Thompson persona itself — the trademark cigarette holders, Tilley hat, and aviator sunglasses, not to mention piles of cocaine — but much of it stems from the reality of this 22-year-old girl throwing herself into the intense combination of drugs, guns, and fame while coming to terms with who and what this great writer has become. 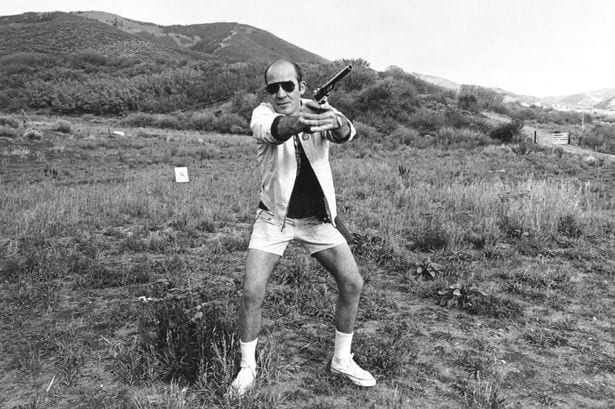 The late, great writer and gun enthusiast Hunter S. Thompson was the inspiration for Gonzo Girl.

Pietra manages to achieve something at times that seems incredibly difficult — a great humanization of Thompson through some admixture of real care and empathy. These are the best parts of the novel, and the most poignant arc of the book itself.

Gonzo Girl takes you through what it would be like to spend months with Thompson — the parties, the shootings, but also the work of writing — of twisting a legacy of words page by page, night after night out of this intense, moody, and infamous man.

In the end, the book, just like much of the (mis)adventures that take place within the pages, entertain, maybe not always perfectly — sometimes messily — but successfully nonetheless.

Gonzo Girl by Cheryl Della Pietra is published by Simon & Schuster. The hard copy retails for $24.99 and ebook for $12.99 on Amazon.com.