Book Review: Into the Black 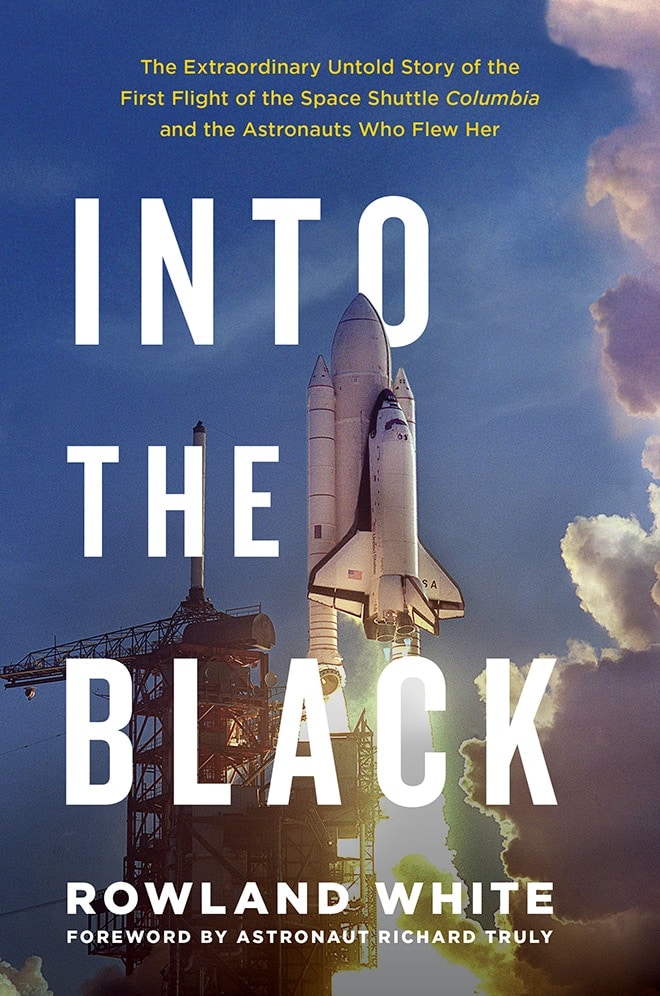 Into the Black: The Extraordinary Untold Story of the First Flight of the Space Shuttle Columbia and the Men Who Flew Her is available now for $29.99.

Set against the space race that pushed innovation and engineering to the brink, Rowland White’s Into the Black: The Extraordinary Untold Story of the First Flight of the Space Shuttle Columbia and the Men Who Flew Her offers an intimate insider’s look into how the first Columbia mission made it to space.

Launched in the early 1980s, the Columbia mission is still considered an engineering marvel. Previous to Columbia, astronauts plummeted through the atmosphere upon reentry with the hopes of landing safely in the ocean for later retrieval by support teams. NASA however had visions of something better—a future where shuttles, manned by pilots, were capable of safely landing on terra firma. Fueled by a persistent belief that this crazy idea could work, scientists and engineers set out to accomplish the impossible.

The pace of Into the Black starts off at a slower than perhaps expected as White delves into the lead-up to the first Columbia mission. The road to space is paved in missteps, failures, money woes and even death and White spares no detail. While it truly makes a reader appreciate the determination of the men and women behind NASA, the details can sometimes feel a little overwhelming. I’ll admit that the first third of the book felt a little slow to me, but once I hit the lead up to ignition, it turned into a tense, page-turner.

The culmination of years of research and work arrive in the ignition of the Columbia in April 1981. The launch, seemingly, goes smoothly and astronauts John Young and Bob Crippen soon find themselves in orbit above Earth. All is not well, though.

Crippen and Young discover that the shuttle suffered damage upon launch. Some of the heat shields meant to protect them from burning up upon reentry are missing and the remaining shuttle damage is unknown. In a moment of crisis, NASA must team up with the brightest the U.S. has to offer to get their astronauts home.

Woven into a compelling tale that reads more like a science-fiction novel, Into the Black is a tense tale of NASA’s shuttle program and the men and women who fought against the odds to see it succeed.

Available from Touchstone, Into the Black is on shelves now for $29.99 hardback.