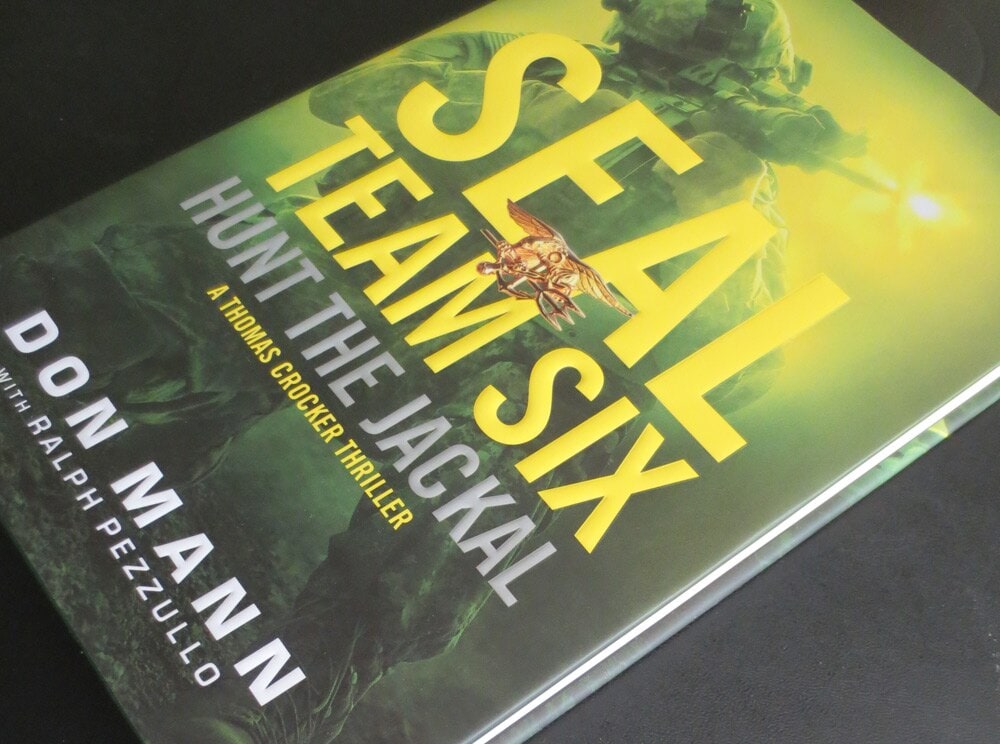 When former Navy SEAL Don Mann retired he knew he wanted to tell stories that give honest insight into the world of covert military operations. But like any agent of the government, he’s bound by law to keep secrets secret, so he could not tell his story, at least not the aspects he thought interesting. So he turned to fiction, using it as a conduit to tell his stories of adventure, combat and personal struggles of the elite team of sailors.

Mann and his co-author, Ralph Pezzullo, pen the “SEAL Team Six” series, which document the adventures of the fictional character Thomas Crocker, an enlisted man who commands the famous — or infamous, depending whose side you’re on — SEAL Team Six.

The newest Crocker thriller is “Hunt The Jackal,” a story about a rescue mission for a U.S. senator’s wife and daughter who are kidnapped by the feared Mexican drug cartel Los Zetas. The Jackal is an aging, high-ranking officer behind the dreaded act. Crocker and his team fight every step of the way to save the two women, from misinformation, government bureaucracy, a corrupt police force, and threats to their family, but never each other.

“SEAL Team Six” aims to exemplify how professional, competitive and driven the men of SEAL Team Six are. The team faces impossible odds and circumstances where normal men might otherwise falter. However, he also reveals the very real human side of the seemingly heartless villains. Mann explores the reasons why one turns to a life of infamy, but never forgives the atrocities they commit.

The Jackal is a prideful and patriotic man, loyal to the end for those who show loyalty to him — values anyone can admire — but if they betray him, the response is torture, death and then humiliation. Although fiction, the vivid scenes and images are just as gruesome and barbaric as the massacres Mexican cartels often promote.

While the plot sounds cliche, how Mann brings the reader from point A to point B is anything but. Firefights and rescue attempts punctuate the story. Like a commentator during a boxing match, Mann takes the perspective of the SEALs and details how they take on what seems like impossible situations, i.e. enter a situation with little to no information, strategize when outmanned and outgunned, and not just survive, but come out on top.

Also, the writer shows off some artistic chops in the exposition, by offering commentary on the inner-workings of government affairs. While waiting to launch the next mission in the operation and facing a deadline, the SEALs wait anxiously as officials wade through bureaucratic steps due to interagency collaboration, and authorization from a superior on the other side of the continent.

The story is a plausible hypothetical, grounded in reality, and gives real insight into the hurdles, practices and experiences of the elite band of warriors.