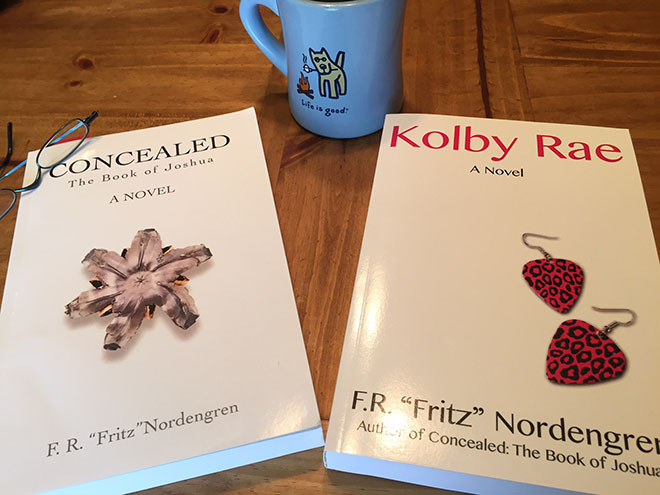 F.R. “Fritz” Nordengren has contributed possibly the only two entries in the genre of concealed carry fiction.  These two related, but stand-alone novels are very different from one another, though both are good reads.

Concealed: the book of Joshua is the story of Professor Joshua Stone, an uptight intellectual who struggles to relate to the opposite sex. His love for his dog, basketball, and his in-class antics keep this character appealing and believable. 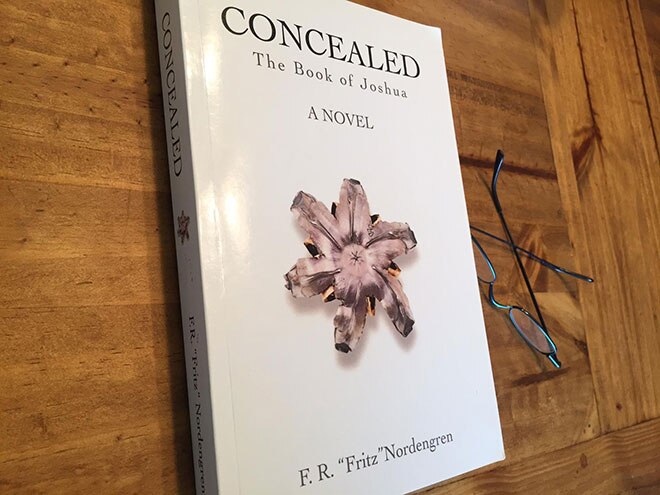 Stone and his dog become victims of a vicious, on-campus attack in which both are left for dead.  On the long road to recovery, the professor takes the step of obtaining a pistol and concealment license. Eager to learn, he finds himself volunteering as the crash test dummy in the rural PD’s tactical training.  These are, of course, scandalous activities for an academic, and he thus takes on a sort of secret life in the name of keeping himself safer in the public one. It’s a tightrope existence, as his academic career careens down what had been a predictable path, along with his interest in a lovely female colleague.

While the action parts are gripping, the descriptions of Stone’s methodical life require equally methodical reading.  Those sections are sufficiently dispersed to keep the reader awake.

The professor’s recovery process leads him, with his cranium of teeming neurons, into an obsession with solving the crime that left him with permanent physical reminders. He finds his way to the perp, alright—and explosive action ensues.

Concealed concludes with a rather unexpected ending that manages to be both satisfying and a tad disturbing.

In a recent conversation, Nordengren described this 2013 book as one that fit in a certain era of American history that’s already past.  I’m not sure I agree.  The book still evokes exploration of the challenges faced by those who desire to take some responsibility for their own safety in a culture that mostly views security as someone else’s job.

This 398-page novel is currently only $2.99 on Amazon Kindle, a bit more in paperback.

Kolby Rae is Nordengren’s second novel, published in 2014. It couldn’t be more different than Concealed in its pace, presentation, and overall feel.  Where Concealed went to dark, brooding corners of humanity, Kolby Rae, as the name might imply, is bouncy as a cheerleader’s ponytail. 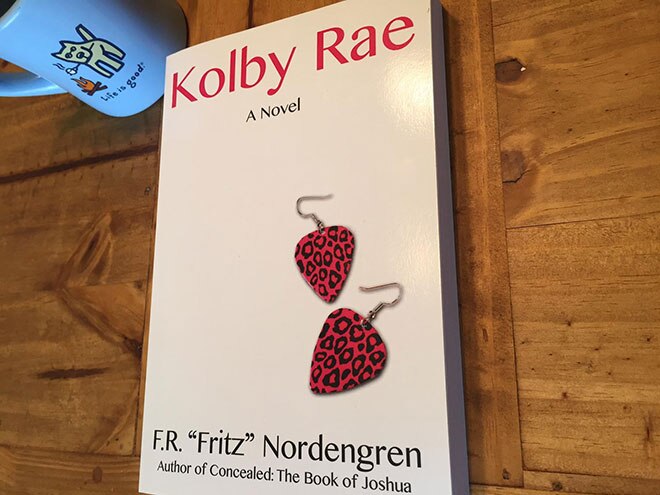 Though not a sequel, Kolby Rae is rather a sequential successor to Concealed. (Photo: Eve Flanigan)

Joshua Stone is back, but the setting—a rural Tennessee retreat and series of music studios and concert venues—is a different world.  He encounters Kolby Rae, a struggling Nashville musician, and her band, a tight-knit group with an array of colorful personalities. Romance and mystery follow, entwined to create an enjoyable, engaging read.

This tale may be brighter, but Nordengren weaves a sinister backstory that keeps the reader speculating about what’s next.  The band’s mis-adventures, and the budding romance between Joshua and Kolby, are peppered with a cast of minor and temporary characters that show the author’s keen powers of cultural insight and make the story come alive.

Music industry fans shouldn’t miss Kolby Rae. Nordengren’s attention to detail regarding every aspect of the writing, recording, marketing, and performance process is fascinating and masterful, even for the uninitiated. Though some of the story is business, it’s as entertaining as an episode of VH-1’s Behind the Music for your favorite band.

And of course, guns make an appearance. It’s a relatively minor role compared to Concealed, but concealed carry is artfully painted into some scenes.

Though Kolby Rae is a spin-off of Concealed, they’re sequential, not sequels.  If you’re going to read both, read Concealed first. If mystery and romance is what you’re into, Kolby Rae stands fine on its own.

I’m not much on romance, but I admit I cried at the end of this one.  Its 397 pages are brilliantly written and an absolute steal at 99 cents on Kindle; $9.99 in paperback.

A disclosure: Nordengren is my close acquaintance, a relationship that began when he served as a long-distance preceptor while I earned a master’s degree. It may embarrass him to know that his willingness to follow core interests and buck the constraints and alleged security of academia have been some of my inspiration to do the same. Like Joshua Stone, he’s moved on from university life to new horizons. You might check those out on Amazon too.