Battle of the mags: Box vs Drum 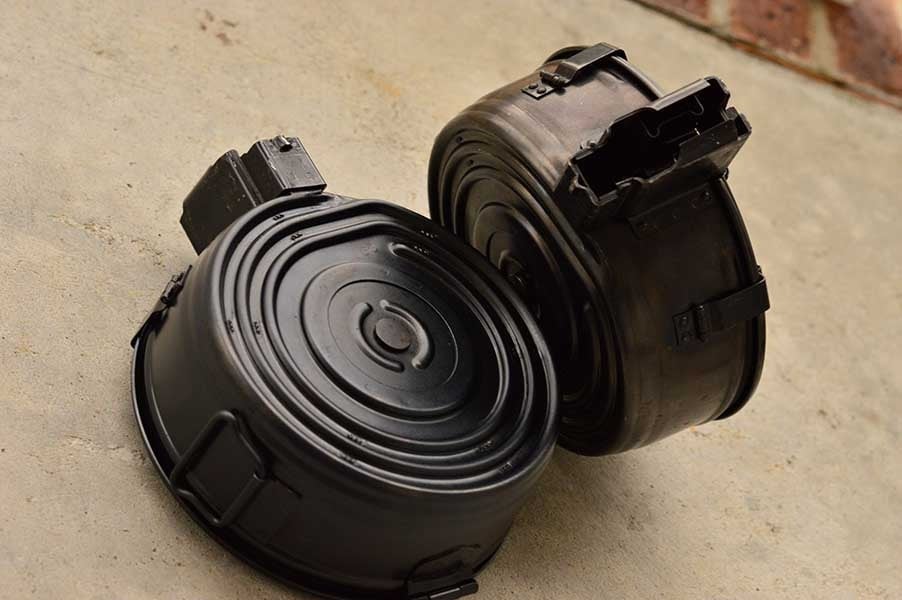 A combined 150 rounds of hell yeah! (Photo by Jim Grant)

You want to fed your gun as much ammo as you reliably can. This boils down to one question: should you choose massive drum mags or standard box-type magazines?

Box magazines consist of a container, a spring and a follower. The follower, propelled by the spring, applies upward pressure to cartridges contained inside the magazine body, continually feeding cartridges into the receiver.

Drum magazines are a variation of the box-type magazine, differing in shape and spring type. Box magazines use compression springs, whereas, drum magazines utilize a torsion spring wound around the center of the drum. This provides a rotational force to push the follower around the tracks inside the drum. 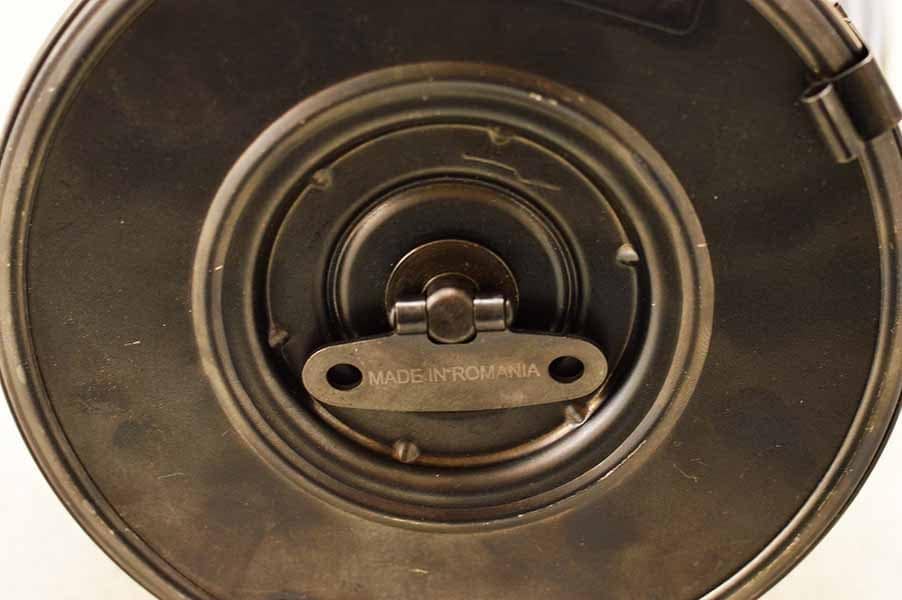 Turn this key to add pressure to the drum, and ruin your fingers (Photo by Jim Grant)

There are some downsides to having a drum magazine that carries 100 rounds, rather than  three separate magazines containing 30 rounds a piece. For starters, the addition of all that ammo makes the gun extraneously heavy, making it take longer to bring to bear. Also, the added girth of the drum interferes with firing positions, with prone becoming nigh impossible.

Although all magazines require routine maintenance, drums require more specialized attention. The majority of drum magazines require some sort of internal lubrication because the follower has to push so many rounds against the walls of the drum. All of that friction adds up, unless the shooters takes preventive measures and lubricate the drum.

Along the lines of specialized attention, many drums must be wound prior to use. Making them less than ideal for reactionary actions, such as home defense. Winding a drum requires 10 to 15 seconds and fine motor-skills, both of which are in short supply during an adrenaline dump. Winding ahead of time weakens the springs and reduces the drums reliability even more.

All magazines are fallible mechanical devices that are designed to be disposable. Granted, some are more durable than others, but every army in the world that has the capital to issue soldiers more than one magazine, will.

It will happen when you least expect it. Your favorite magazine will bite the dust and spill all your precious rounds across the room. Grabbing a second box magazine from your pant’s pocket or mag carrier is easy. Most people don’t have capacious pockets to accommodate a drum magazine and the pouches that can hold them are large and cumbersome.

Additionally, a broken magazine, drum and box, should be handled with the same respect as an empty magazine in a firefight. In other words, if you’re using a magazine-fed weapon for self-defense or defense of others, be prepared to ditch the magazine without hesitation. This brings up the issue of price. Drum magazines oftentimes costs triple what a box magazine does. 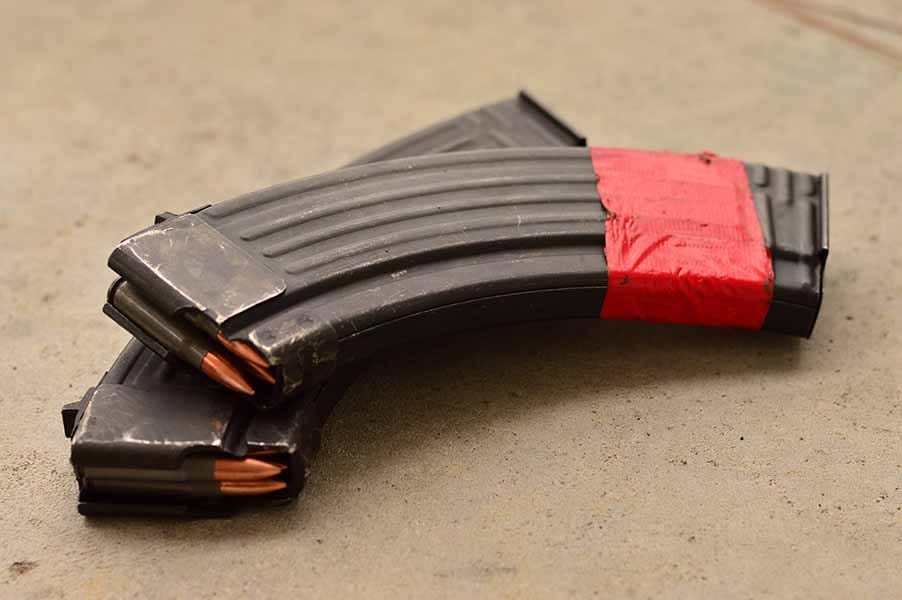 For the most part, box magazines are more maneuverable, durable and lighter than drum magazines. Conversely, drum magazines provide tons of ammunition already attached to the gun, reducing the need to reload. Drum magazines might be more fun on the range, but box magazines would be more reliable for a home defense use.

Box mags have far more reliable than drums and when utilized in a semiautomatic weapon the drums offer very little advantages. In an end of the world scenario I would be inclined to keep one drum attached to my rifle and as many ammo-filled magazines as I can carry.