Charles Daly 1911 Commander: Quality on a budget or not? 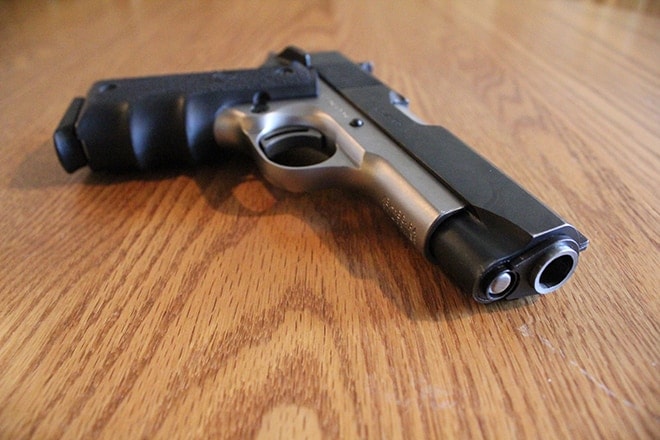 For a design that’s over a century old, the 1911 is as popular as ever and shows little to no signs of decreasing in popularity in the near future.  This is partly because its features adapted so well to demands from the military and changes in consumer tastes.  For many people, the weight and balance of the Commander model with the 4.25-inch barrel offers the best of all worlds, feeling better in the hand and being more suitable for concealed carry.  Nonetheless, the high price that typically comes with a full size 1911 exists with the compact Commander as well. 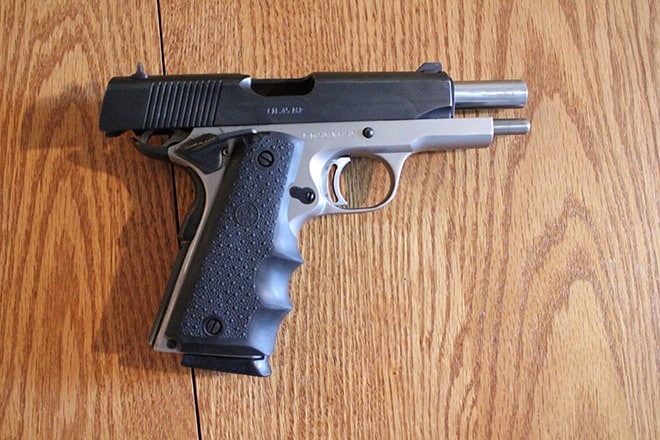 While we can dream all we want, many of us simply aren’t in the financial position to put down the money for a 1911 or a Commander.  Charles Daly is a little known company that meets this demand.  They produce basic 1911’s at low prices (around $500) that are marketed for 1911 dreamers who are tight on funds.  Prices like this on models like that get my interest—for better or worse.  Does the Charles Daly represent quality on a budget, or is the lower price point indicative of its worth?  I set to find out using a duo-tone Commander model as an example. 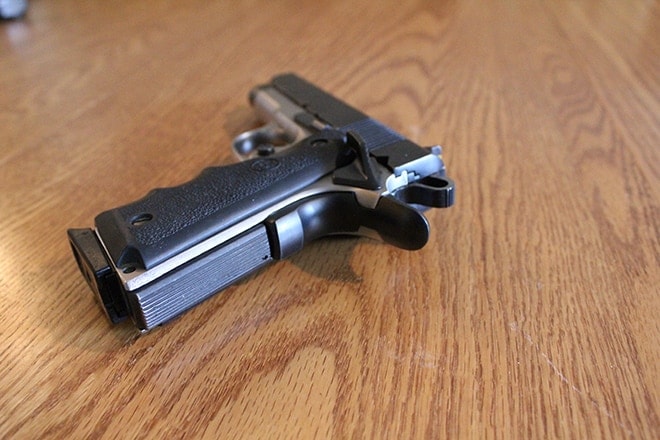 The Charles Daly Commander sports a number of features right out of the box that you would expect from a higher end manufacturer.  A beavertail grip safety, ambidextrous extended thumb safety, exceptionally comfortable Hogue grips, skeleton hammer, full length guide rod, and deep slide serrations are all present on the Charles Daly and in great working order. 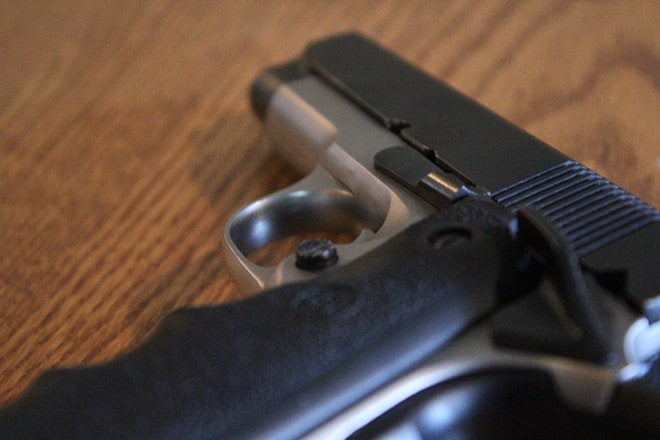 The slide on the Charles Daly 1911 Commander has no rattle and pulls back fairly smooth. (Photo: Nicholas Oetken)

The pistol also feels solid and well balanced in the hand.  Lifting it up out of the box, I never would have guessed this was a $500 1911.  There’s no rattling when you shake it, and pulling the slide and hammer back is fairly smooth.  It’s not as desirable as the Colts, Smith & Wessons, and Kimbers that I’ve had the most experience with, but the Charles Daly is definitely not rough and that’s a plus for a 1911 at this low of a price. 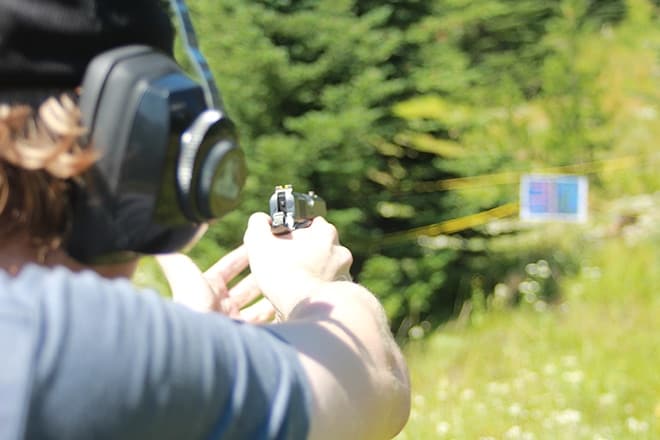 The sights on the CG 1911 Commander are only adequate and beg for an upgrade. (Photo: Nicholas Oetken)

The sights on the Charles Daly, while serviceable, are nothing to write home about.  They consist of two rather dull orange dots on the rear sight with nothing other than the matte blue finish on the front one.  They work, but if this were my gun I would definitely want to get them swapped out for something better.

The Charles Daly ships with one Mec-Gar 8-round blued steel magazine.  As with all Mec-Gar magazines, it reads “Made in Italy” in small letters on the side. 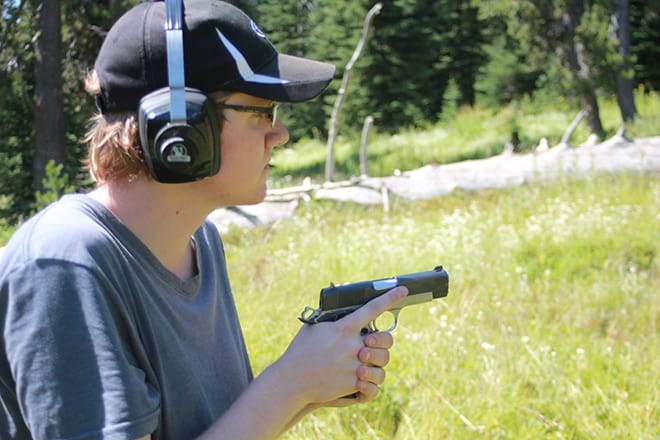 So far, so good?  Unfortunately, it was on the range that the Charles Daly revealed its true colors.  This gun had already gone through its break-in process when I received it with hundreds of rounds already shot through it across previous years, and there had even been some gunsmithing work done on it judging by the filing done on the inside of the gun.  In light of this, it was surprising to me when I encountered the number of problems I did with the weapon. 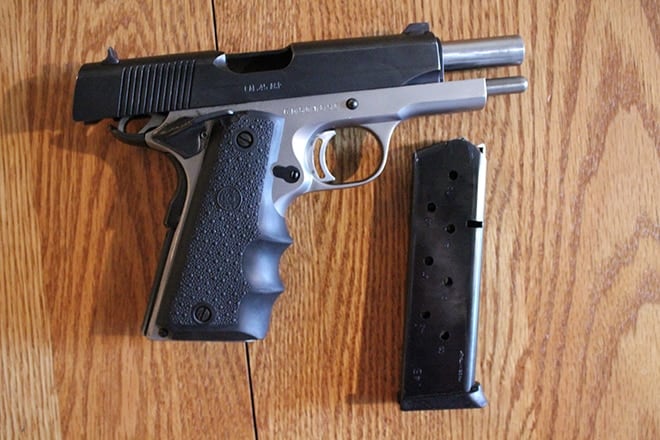 Shooting 230 grain FMJ ammo, I quickly became frustrated as I couldn’t go through a single magazine without at least one or two hiccups.  I reduced the number of loaded rounds in the magazine down to seven and then six, hoping that the reduced spring tension would solve the problem, but it didn’t.

I swapped out the Mec-Gar magazine for a Wilson Combat mag I had available, but I only encountered the same pattern of poor results: out of the six or seven rounds in the gun, four or five would fire flawlessly while the remaining one or two would become caught in the slide and require me to manually rack the slide. 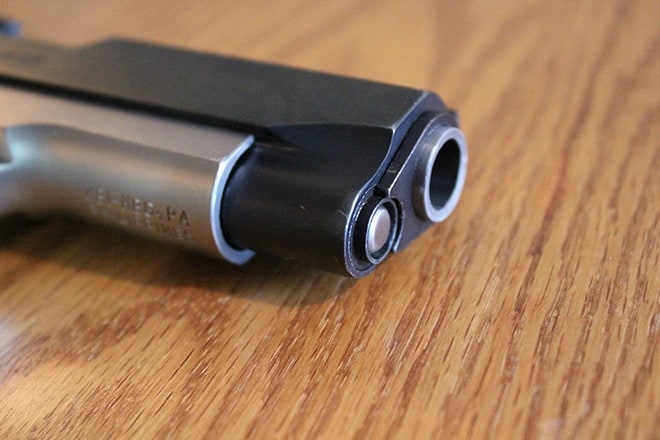 Despite reliability issues, I found accuracy on the Charles Daly to be quite good. (Photo: Nicholas Oetken)

I gave the Charles Daly another try by taking it out for another range visit on a separate day, and this time it performed a little better.  Still, I’m not at the point where I would want it to be one of my defensive guns.  I’ve shot several other brands and models of 1911s throughout my lifetime, and out of all of them, the Charles Daly has been the least reliable by a long shot.

Despite its reliability problems, the accuracy on the Charles Daly was quite good.  I was consistently putting rounds within the circle on paper and got closer to the center dot every time.  Granted, the Charles Daly’s accuracy is nowhere close to a competition 1911 such as a Colt Gold Cup, but for a $500 1911 Commander I find it acceptable, especially considering the moderate sights that I was talking about. 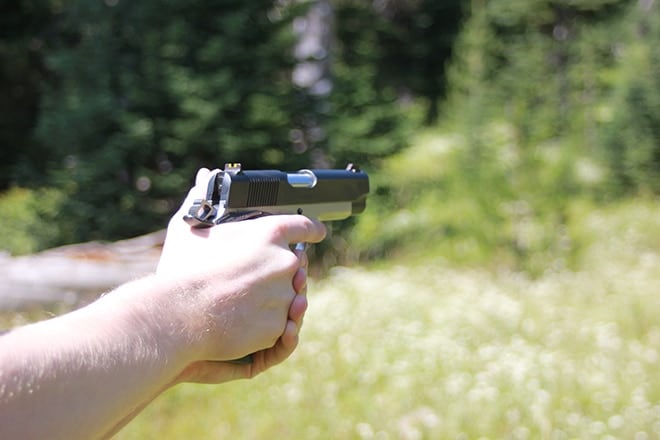 Because of the low price, I could see buying a Charles Daly Commander for recreational shooting. (Photo: Nicholas Oetken)

I was really hoping that the Charles Daly Commander would be the answer to those who wanted a quality 1911 variant at a low cost.  The gun looks and feels great, but when it comes down to it you get what you pay for.  If any 1911 is still jamming at regular intervals after a break in period and gunsmithing work, it’s a problem.

If you’re on a budget and just want a 1911 or a Commander for recreational shooting, and are willing to put up with a round or two jamming on half or so of the magazines shot through it, I’d give approval for the Charles Daly.  In its defense, it is accurate and feels very solid.  Maybe I just had a bad gun, but if you’re on that same budget and want a 1911 for self defense purposes, I am unable to recommend the Charles Daly Commander to fulfill this role because of the reliability issues I encountered in my testing.