The 1911 is the M1 Garand of handguns. The classic and powerful handgun is an example of what a pistol should be. This classic .45 automatic is a perfect balance between function and form. It’s complicated, but not needlessly so, like all Browning designs, it’s very elegant. From its brilliant trigger design to the unobtrusive grip safety.  Every shortcoming of John Moses Browning’s magnum opus can be overcome with enough cash. The only real issue with the 1911 is price. This is doubly true when it comes to concealed carry appropriate models. When I heard that Century Arms was importing the Scout, a commander-sized 1911 from Shooters Arms that retails for less than $500, I had to see it with my own two eyes. 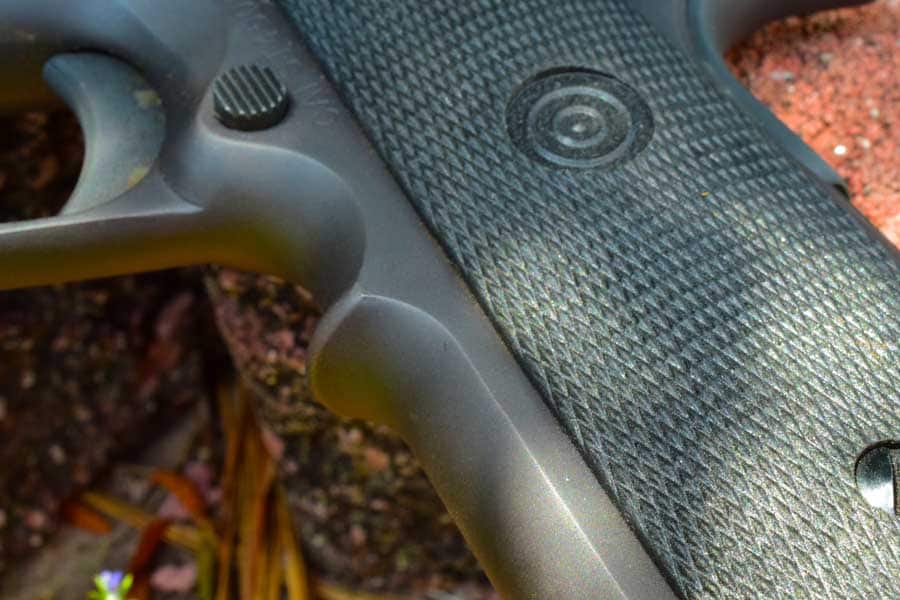 At that price point I expected the Scout to be a 1911 in name only. Maybe the frame was plastic or the barrel fixed and the makers went the same route as Hi-Point, making the weapon a gigantic blow-back pistol. However, this isn’t the case at all. In fact, the Scout is based on the Colt series 70 1911 action, so there is no disconnect or drop safety. While that might sound like a bad thing, most 1911 aficionados find that trait very attractive, as it lends itself to a smoother trigger.

I also expected basic GI sights and bare bones everything. Again, untrue. The pistol ships with a Novak-style set of adjustable iron sights and the frame is a desirable built-in finger groove type. Personally my hands are too small to properly take advantage of the finger groove feature, but many folks pay good money for such an addition. If that’s not your cup of tea, Shooters Arms also manufacturers multiple models that are identical to the Scout without the finger-grooved frame. 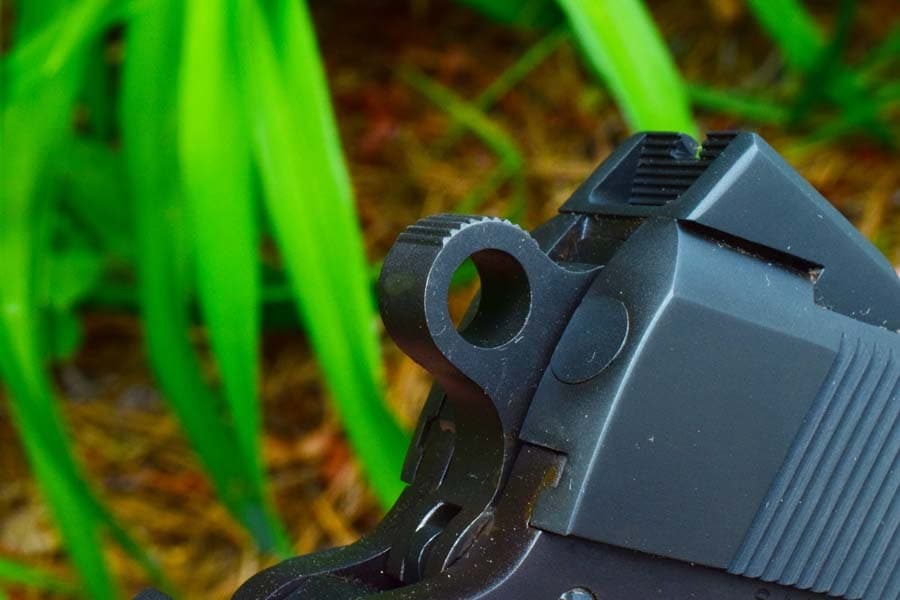 A bobbed combat hammer and Novak-style sights on a budget 1911? Impressive (Photo by Jim Grant)

The Scout accepts standard 1911 replacement parts and runs like a top. I ran 300 rounds of extra light match-loads, 400 rounds of Winchester Ammunition’s new Win 1911 ammo and 300 rounds of various defensive loads from Federal and SIG resulting in two malfunctions. Both were with hollow points and occurred when chambering a round by hand. Two rounds out of a thousand is an acceptable margin of error with an out of the box gun.

Accuracy was on par or better than most carry guns, though this is typical of the platform. The Scout grouped best with match-grade handloads and only slightly worse with Win 1911. That’s an impressive feat considering these match loads were hand-loaded by the former head of Smith & Wesson’s ammo department in the 1960s.

The Scout handled recoil very well and would have been very comfortable to shoot if it weren’t for the grooved frame, which dug into my middle finger’s joint. After 500 rounds of +P hollow points my middle finger was numb. The other shooters with me didn’t experience any of this and I assume it has to do with my smaller hands. The ergonomics on the Scout are, as you’d expect from any 1911, superb. The controls are easily accessed without shifting your grip and the trigger, while a tiny bit stiff, breaks very cleanly. 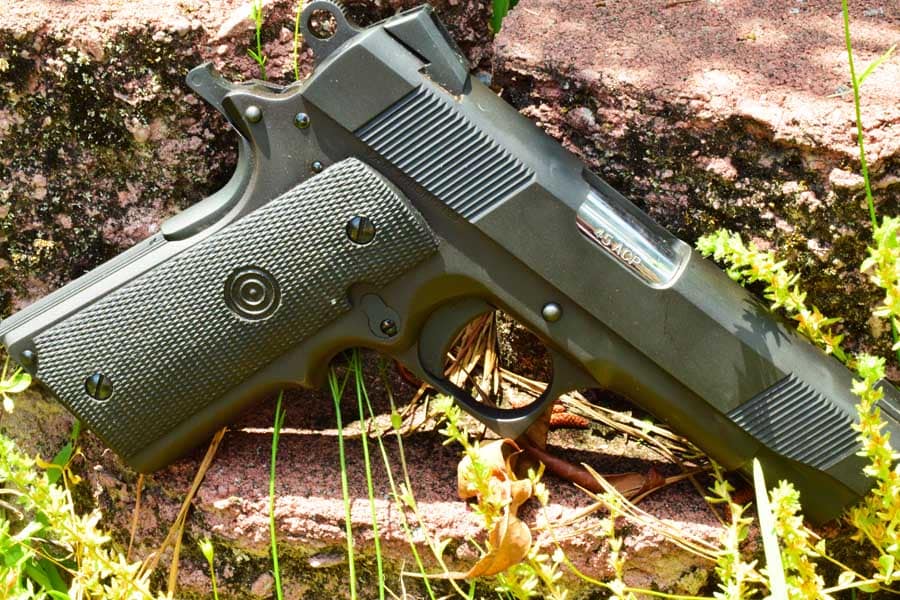 She’s a pretty pistol, especially given its low price (Photo by Jim Grant)

The Scout is Shooters Arms attempt to corner a portion of the 1911 market usually reserved for finicky knock-offs and outshines them all. The Scout is a perfect first 1911 for someone who wants to get their feet wet with the platform without dropping a thousand dollars. The Scout’s low MSRP of $499.95 leaves a shooter with enough money leftover to buy a case of .45 ACP and thoroughly learn all the aspects of it. 1911 snobs might not find anything worthwhile here, since the Scout doesn’t have well-known rollmark adorning its slide, but the average Joe who needs a heavy-hitting reliable sidearm will not be disappointed.