Coming out in Defense of the Beretta M9

Since it replaced the M1911A1 more than 25 years ago, the Beretta 92FS/M9 has been shrouded in controversy. Unlike its predecessor, the M9’s size, design, construction and caliber has always been under attack. Yet, the US military always ends up buying more.

Not too long ago military officials said they would allow Beretta’s competitors like S&W, Glock, FNH, SIG Sauer and HK (just to name a few) to submit commercial models to compete against the M9 to see which one can last the longest, is more reliable, and easier to use, and ultimately replace it.

Very few people seemed to come out in defense of the M9 and the majority – excited M9-haters – gladly volunteered their suggestions. But shortly following the announcement there was an upset. The US military ordered 15,000 more M9s. 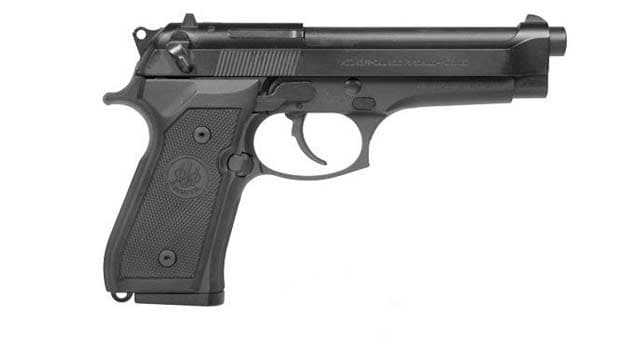 What many forget is it isn’t the best handgun that wins, but one that’s best for the circumstances.

Sure a traditional 1911 will work nearly forever, and a Glock is easy to use and maintain, but the role of a combat sidearm is vastly different than a pistol for civilian or law enforcement use.  For the former categories, the handgun is their primary weapon.

For troops, pistols come with numerous limitations.  They are short range, relatively weak, have limited capacity, are more difficult to aim, more difficult to shoot, and more labor intensive to become proficient with.  Their sole advantage is their portability and compact size – the proverbial “better than nothing.”  For an armed civilian or law enforcement officer with nothing more than a pistol for defense, they are a tool beyond price, but for a combat arms soldier they just on the better side of useless.

The simplest reason that the M9 is the best option?  It’s already in service; everyone already knows how to use one, how to shoot one, and how to maintain one.

The supply chains are all already in place, contractors selected, holsters bought, and an endless laundry list of mundane but important reasons, financial, logistical, and practical to not – in the middle of a military conflict, and in the midst of budget and spending cuts to tear down the whole support infrastructure to support a new handgun when it will have little impact on the effectiveness of our military. 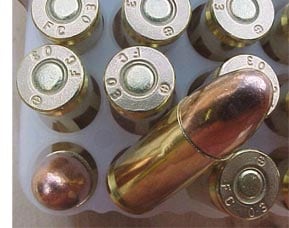 The main complaint most people have with the M9 is it’s chambered in 9mm.  They argue that the effectiveness of the cartridge is poor compared to .40 S&W and .45 ACP.  The problem is that this is not an “apples to apples” comparison.  Military sidearms are limited to Full Metal Jacketed ammunition, all of which are poor performers.  A .40 S&W 185gr. FMJ or .45 ACP 230gr. FMJ is not much better than the issue 9mm NATO ammunition.

On the other hand, when comparing modern JHPs of all three calibers, the terminal effectiveness is more or less comparable.  The issue is not the size of bullet, but the institutional requirement to limit ammunition to non-expanding FMJ designs.  An increase in caliber size is not going to address this issue.

The 9mm cartridge offers the advantages of an easy to master and very user-friendly recoil impulse for all troops, not just the ones who spend the majority of their time pulling triggers.

Many troops have other jobs they need to devote their time to and the necessary training time to make everyone proficient in combat handgunning simply isn’t there.  Combined with high capacity this translates to higher hit probability.  While I might prefer a different caliber, I’d much rather that if my IT guy has to shoot – he can at least make one or two hits out of 15 with 9mm FMJ than have him miss will all seven rounds of .45 ACP.

The general issue of ergonomics is basically size.  The 92FS is a big pistol and no one contests that.  While this is a problem for civilians who typically have to conceal carry, few military personnel are concerned with the concealing of their sidearm.  However, the size and weight of the M9 make it a very easy pistol to use, and makes the already light recoil of the 9mm seem even milder.  Also, full size pistols – while less desirable for civilians and under-cover LEOs – are generally more reliable than their compact counterparts.

The M9 has been accused of being less reliable and less durable than other pistols in its class.  This is simply not true.  The open-top slide, while it may allow a lot of superficial dust and sand to “stick” to the weapon, is one of the features that makes it so reliable.  It is much more difficult to “bind up” than other pistol designs.  The M9’s slide is “self-regulating” meaning during the firing cycle, some rather violent forces act to expel any trapped foreign debris in the action. 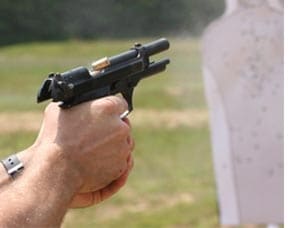 Yet, horror stories about M9 reliability abound.  Though many troops complain about jamming, but these problems are almost always linked to magazine issues or Preventative Maintenance Care and Services (PMCS) issues.  Early in the service life of the M9 the military purchased large quantities of magazines from Checkmate Industries, a government contractor.

They were soon found to be defective.  Springs and followers would bind, rounds wouldn’t feed, and weapons would jam as a result.  This problem was quickly identified and those contract magazines were supposed to be pulled from the inventory.  Unfortunately, this did not happen uniformly.  Unfortunately a great many of those defective magazines remain in inventories and are being circulated to this day.

Concerning other reliability and durability issues, for many, many years, proper PMCS procedures were not very strictly adhered to for the M9.  Many of the M9 pistols in circulation today have been in service since 1985 – and few had seen depot level maintenance and overhaul, replacement recoil springs, or technical inspection.

No firearm of any design or manufacture will be reliable after 25 years of abuse, neglect, and poor maintenance.  The Glock pistols that many tout as the potential replacements for the M9 have not existed much longer, or even been in continuous service without proper maintenance for that long.  These are institutional and command culture problems – not an inherent problem with the weapon system.

Nevertheless, while the M9 is still a good pistol, and arguably still the best suited to be the standard issue sidearm, there is always room for improvement.  The Marine Corps is already issuing the M9A1 in limited numbers – basically an M9 with a 1913 rail machined into the dustcover.  This allows users to temporarily mount lights and lasers to the weapon based on mission profile. 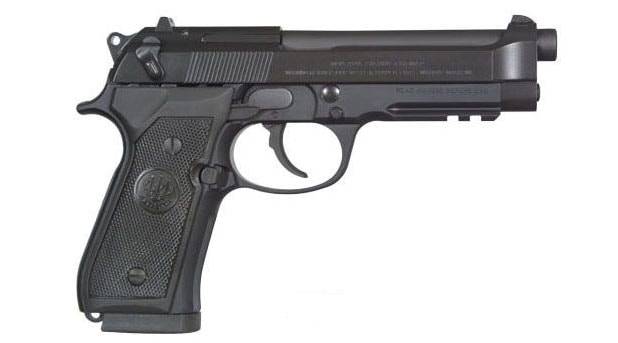 Furthermore, the current M9 does not come equipped with night sights – and the front sight of the standard M9 slide has a fixed front sight post that makes it difficult to remove and replace sights.  The recently released 92A1 models feature slides with dovetailed front sights making not only the installation of night sights easier, but also makes repair of damaged sights easier without having to replace the entire slide.

Both of these PIP features could be slowly phased in to the inventory – with new pistols being bought in an M9A1 configuration with a 92A1 slide, and replacement frame and slide kits issued for depot level overhaul to bring existing pistols to standard.  Other than that – the other changes that need to be made are with organizational policy, both in ammunition selection and maintenance and training, not by replacing the entire weapon system only to have a repeat of the issues seen with the M9.

For those who think that troops need a .45 ACP pistol – USSOCOM recently selected the Heckler & Koch HK45C as their new suppressed pistol to replace the HK MK23.  Also, many units in SOCOM still possess M1911A1 pistols in their inventories that can still be found in certain hands.  The Marine Corps takes these old 1911-style pistols a bit further, and select units both in their Force Reconnaissance components and the Marine Special Operations Battalions are issued the M45 CQC pistol.

For those who insist that .40 S&W is what should be issued, one of the very most elite of Special Operations units, the organization former known as Delta, is rumored to carry Glock 23s as one of their service sidearms.

For those that think any pistol is better than the Beretta, you’ll be happy to know that Army Special Operations has access to some numbers of Glock 19 pistols chambered in 9mm, while Naval Special Warfare (NSW – Navy SEALS) issues the Sig Sauer P226 and P239, while military law enforcement organizations like Army CID, NCIS, and Air Force OSI carry Sig P228s and P229s as their duty weapon.

While I have shown reasons that the M9 is sufficient for the military’s needs for a standard service sidearm, many will argue that some units should or need a different pistol and shouldn’t be limited to the M9.  This is absolutely true – turns out, the US military does have several different pistols in the inventory that are issued to specialized units that have a demonstrated need for them.  Not everyone gets what they want, but at least a good number of folks get what they need.