Gun Review: The CZ 75 SP-01 Phantom will not disappoint!

Right before the summer of 2012, I decided to buy my first 9mm handgun. Though I had resisted the urge to do so, I had a change of heart due to the availability (at the time) of 9mm ammo.

I wanted a gun that could shoot anything, was accurate and could take a beating (not that I intend on this). When I was on the hunt for this handgun, it just so happened that my local gun store had a gently used CZ-75 SP-01 Phantom for a little more than 500 bucks. 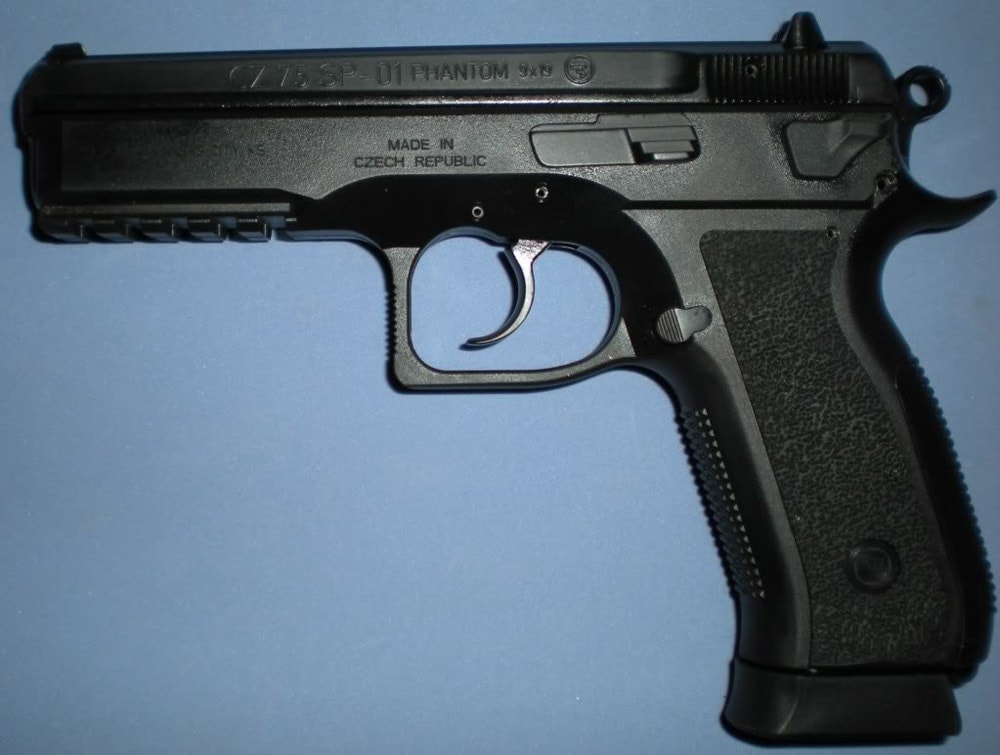 CZ began producing the CZ-75 in 1976, and if you know anything about the CZ-75 you know that there’s several variants branching from that base model (and even more clones), but the genesis of the SP-01 is relatively easy to follow.

The SP-01 is based on the P-01, a law enforcement model, with the major difference being the SP-01 has a steel frame instead of an aluminum frame. Some time later, CZ introduced another variant extending from the SP-01 model called the Phantom, which employed a polymer frame.

According to the CZ website, the Phantom weighs 33 percent lighter than the steel model. It weighs less than 30 ounces, has a 4.6-inch barrel, an overall length of 8.1 inches, and is just shy of 5.8 inches in height. Its magazine holds 18 rounds and it has a double/single-action trigger.

I’ve put about 500 rounds through the Phantom and have had amazing results. The pistol is accurate to 25 yards and beyond (in fact, I used this weapon for my handgun carry qualification. I hit the target every time!). 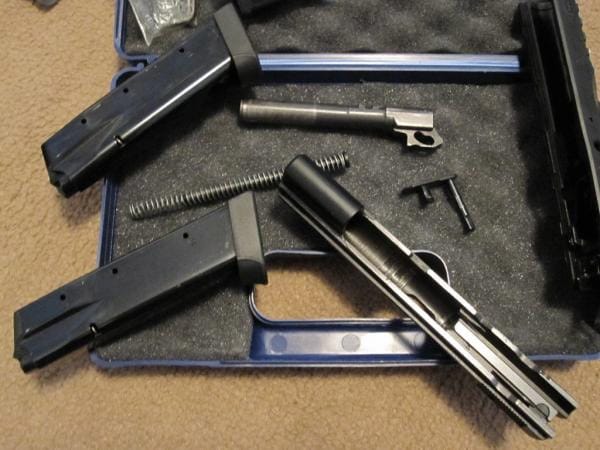 In addition to being accurate, the gun will shoot any ammo you feed it. I have shot FMJ, steel, clean and dirty ammo, and it all worked. In fact, I shot some of the dirtiest steel ammo I could find and the gun just ate it like it was candy. On top of that, I have not had a failure to feed or failure to extract.

The 18+1 capacity makes it a great combat or sporting weapon, especially competitive shooting. For daily concealed carry, it is a bit bulky, but can be done. While it’s similar in size to a 1911, I have no problem concealing the gun within my waistband and I’m 5-foot, 10 inches tall and 210 pounds.

But, of course, there is a downside to the CZ-75 SP-01 Phantom. The trigger pull had a little more weight than I was accustomed to, and this slightly affected my centering of the target each time for the first shot. However, I had a local gunsmith replace my trigger with supplies from CZ-USA, which cost me an additional $150, but what a difference it has made. My trigger pull is now about 6 pounds.

I am pleased to have the CZ-75 SP-01 Phantom part of my collection. It’s a fine carry gun, though I often go with something a little smaller in size, and I’m more than comfortable keeping it at my bedside.

If you’re in the market for a well made, dependable, accurate and tough looking pistol, the CZ-75 SP-01 Phantom will not let you down. It will fire every time!