The Vz. 61 Skorpion is a compact submachine gun in .32 ACP.  The gun in some configurations is capable of emptying a 20-round magazine in one second, and it has virtually zero muzzle climb.  It has since been replaced with a newer 9mm submachine gun; we love ’em both. 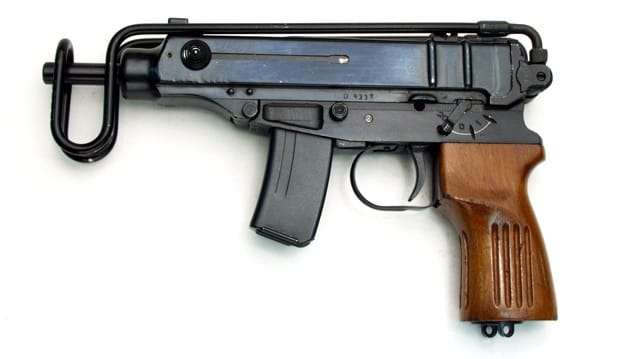 The original Skorpion, designed and developed by Miroslav Rybář, is a straight-blowback pistol-sized SMG that weighs less than three pounds, and because it’s chambered in the subsonic .32 caliber cartridge, fired from a 4½-inch barrel, is easily suppressed.  The original models feature an over-folding wire stock, and despite its small size, is very easy to point and handles like a dream. 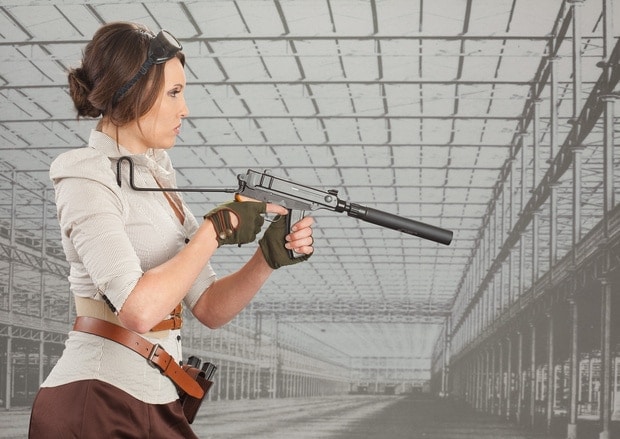 Even without help of the stock, the light-recoiling cartridge means the gun can be controlled in full-auto with ease, and while people tend to warn away from the small bullet, it’s hard to discriminate against ten or 20 of them flying through the air in one burst.

There were a handful of variants that saw little or no production in other calibers, although the Yugoslavian-licensed M84 was produced in numbers, chambered in .380 ACP.  The gun served special forces and security services very well, because it’s simple design lends itself to exceptional reliability.  Civilian models were made in pistol packages and trickle into the U.S. from time to time, even though the Vz. 61 has been officially discontinued.

It was replaced with a very modern submachine gun, the CZ Scorpion (no K) EVO 3 A1, a tacticalicious 9mm with a 7.7-inch barrel that’s rated out to 250 meters, and feeds from 30-round magazines.  It weighs six pounds and has a folding stock and quad rails.  The EVO 3 A1 selector has four positions; safe, single-shot, three-round burst, and full-auto.

A civilian SBR variant is in the works; the CZ Scorpion EVO 3 S1, although no word as yet to it’s availability in the U.S.  Please, CZ, pretty please with sugar and all that, please sell us this gun.  It would make an excellent companion to the CZ 805 BREN, a carbine in 5.56 NATO or 7.62 Russian. 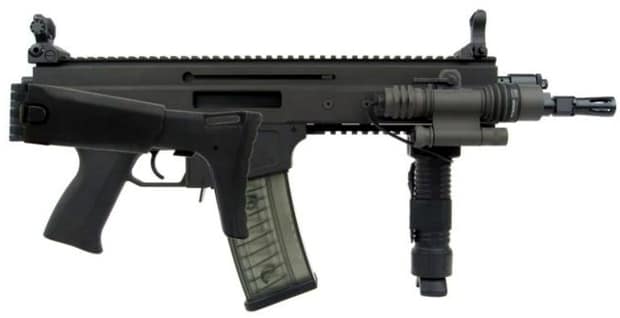 But as astonishingly cool as the EVO 3 is, it’s size and style just isn’t the same as it’s namesake; the Skorpion’s incredibly-small size and clean looks make it appealing to this day.

Look, we can’t pick one.  We love them so much, equally.  We’ll have to just get both.