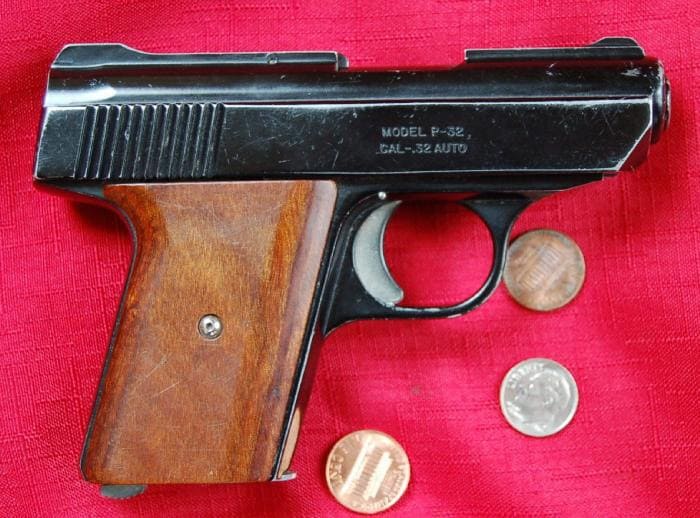 It’s easy to disregard, or even scorn the lowly Davis P-32 pistol. After all, what is there to love? It shoots a mediocre cartridge — .32 caliber — was made by one of the infamous “Ring of Fire” companies, and is built primarily out of a zinc alloy called zamac. It is the epitome of a “Saturday Night Special.” Cheap, low powered, clunky and made of inexpensive materials. And with a plethora of quality guns in my collection or on the market, I carry this little clunker nearly every day.

First a little history:  There could be no Davis Industries without Raven Arms, and there could be no Raven Arms without George Jennings, and George Jennings would have remained an aerospace engineer were it not for the Gun Control Act of 1968, which heavily restricted the import of small pocket pistols.  It is said a friend of Jennings who ran a pawnshop bemoaned the lack of inexpensive pocket pistols which had always been a big seller for him, so Jennings went into the gun business and produced the Raven, a small striker fired .25 ACP gun made primarily of zamac. The Raven received initial good reviews as a unique and well-built pocket .25, and soon became a popular gun. 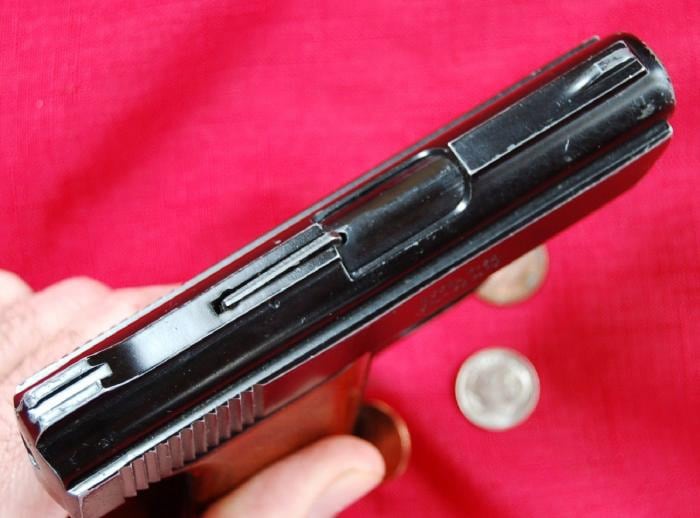 In 1982, the Raven office manager and son in law of Jennings started Davis Industries along with his wife Gail. They basically scaled the proven and robust design of the Raven to accommodate the larger .32 and .380 cartridges, building both calibers on the same frame.  Davis was sued out of business in 1998, and the designs and tooling of not only their auto pistols, but also their famous line of derringers were sold to Cobra of Utah, who continue to build the P-32 as the CA32 to this day.

Now for the gun:  Zinc alloy is dense and heavy, and to stand up to firearms use, you have to use a lot of it, so the P-32 is heavy — 22 ounces — to the point of being clunky.  But it’s a good clunky. There is a satisfying feel and heft to it when you handle the weapon.  The thin stamped steel magazine holds six .32 ACP rounds, and is secured by a rather robust European style heel release.  A strong mainspring coupled with the dense slide make chambering a round a breeze, and the oversized extractor will fling even a loaded road nearly 2 feet.

The trigger is stiff, but breaks cleanly, while the rotary safety is a bit stiff to set, but easy enough to disengage, and blocks the trigger and sear from moving, as well as locks the slide, but still allows for the slide to be retracted just enough for a visual inspection of the chamber. The grips are laminated walnut, and the gun is finished with a corrosion resistant black Teflon coating.

Shooting the gun is a pure joy. The felt recoil is minimal and the spent rounds eject from the top of the gun, and cycles flawlessly with all types of ammo that I have tested in it.  Keep it clean and lubed, but remember not to limp wrist it or the gun will not let you down. 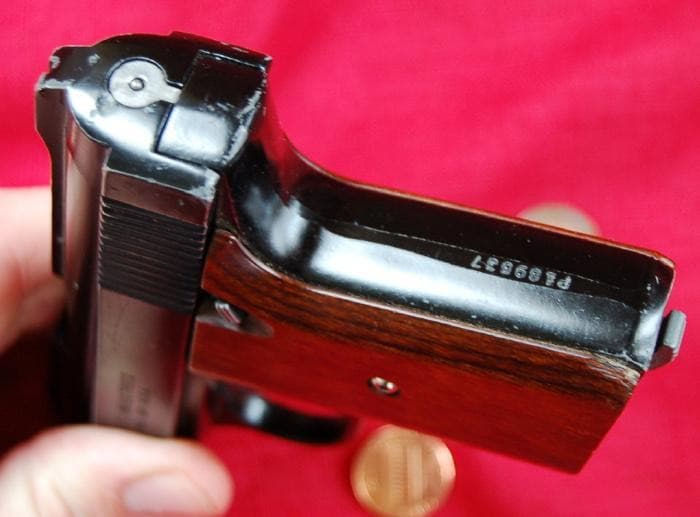 The Davis P-32 has a European mag release, meaning the release is located at the bottom of the magazine and on the rear of the grip. (Photo credit: Gun Auction)

Take down is a bit unusual, but reveals the inherent simplicity of the design.  First unload your gun, remove the magazine and double check that the chamber is empty.  Dry fire the weapon, and then using a small pen or similar object, press the take down button located at the rear of the slide as far forward as you can, while pulling back and lifting up on the slide with your free hand. You may wish to do this inside a bag, as there is the chance of the firing pin, firing pin spring and take down button flying off on their own.  The takedown seems a bit awkward, but with a bit of practice is a breeze.

Once apart you will see that the Davis has precious few moving parts you will care about.  The firing pin assembly is all contained within the slide, and should be wiped down and lubed.  The sear is spring loaded and should not be removed under normal cleaning circumstances.  The hefty mainspring rides under the barrel, and usually gets a drop or two of oil.  Reassembly is the reverse of disassembly.

How does it shoot? Well, it’s an inexpensive pocket pistol with rudimentary sights that are barely deserving of the name. At 7 yards I can keep all my rounds in a paper plate, which is plenty good for pocket gun duty.  You won’t win any target awards with this, and should only use FMJ ammo to avoid the dreaded rimlock common with hollow point .32’s, but at the end of the day, this is an affordable and easy shooting pocket pistol that won’t let you down as long as you take care of it.

Due to the large numbers made, and the general disdain held by the shooting public for this type of arm, one can often acquire a well cared for Davis for under $100.  Mine is cosmetically rough and was gummed up when it was sold to a friend of mine for $40.  After a bit of TLC it has been an absolutely reliable and fun gun to shoot, which is why it now lives in my pocket.