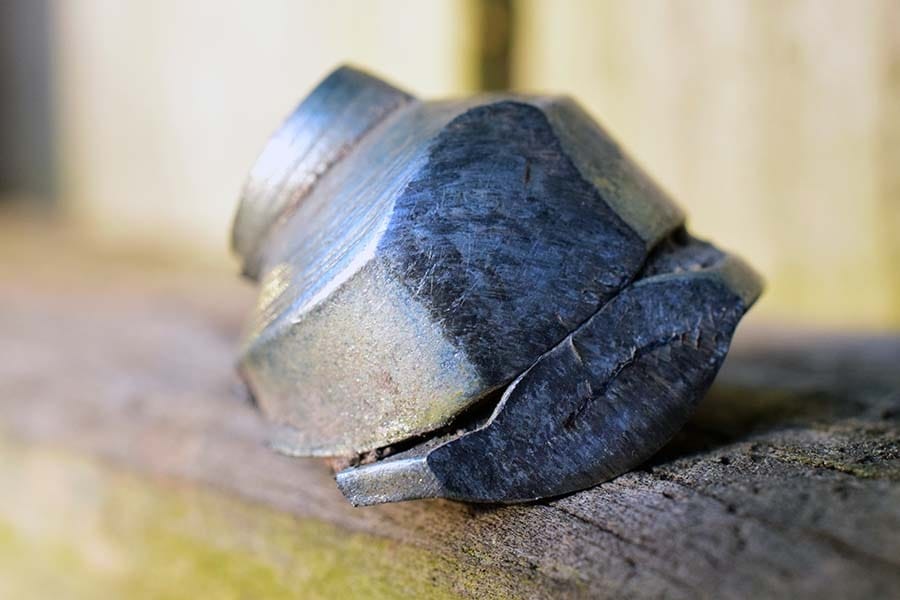 After passing through a handful of saplings, the DDupleks slug retains most of its weight. (Photo by Jim Grant)

Remember the last time you went hunting and that buck had the nerve to hide behind thick foliage? Or the time that doe peeked out from behind a tree decked out from head to hoof in level III kevlar? You had to pack up your gear and head home, knowing your shotgun was useless, even armed with slugs. Next time Bambi tosses on some trauma plates, show her humankind’s superiority by sending a 1.1-ounce Zinc slug from DDupleks sailing through her vest, landing her in your fridge.

That’s right, DDupleks in Latvia created a self-stabilizing, lead-free slug that tears through air and dense shrubbery at a blistering 1,575 feet per second. For those not mathematically inclined, that’s 2,720 foot-pounds of energy at the muzzle. Comparatively, a 150 grain .308 has 2,648 foot-pounds of energy — nearly 100 foot-pounds less. While this won’t concern people who can hunt with any rifle above a certain caliber, many counties restrict hunting to shotguns only, such as Erie or Putnam, New York. The DDupleks slugs allows shotgun hunters to have a cartridge on par with rifle calibers. 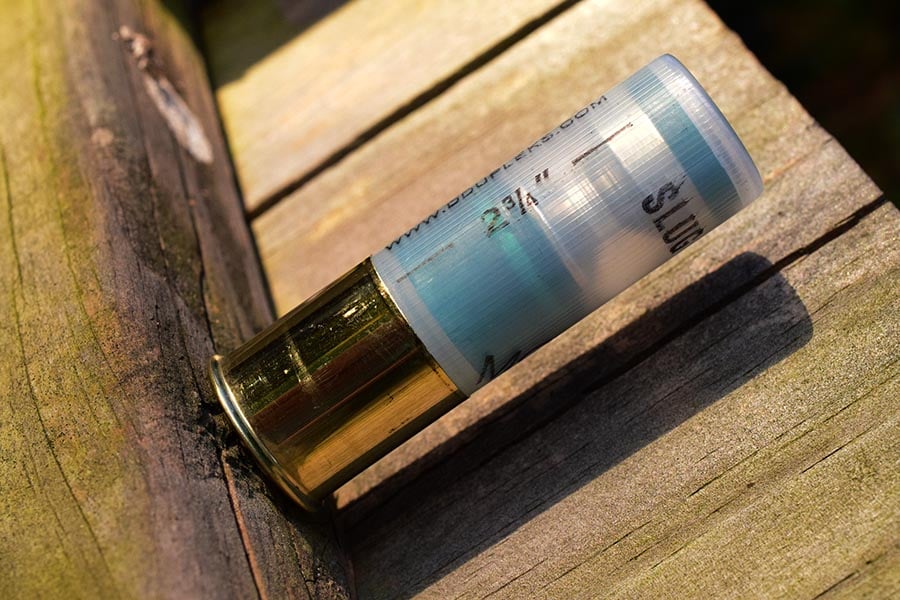 DDupleks slugs look ordinary from the outside (Photo by Jim Grant)

What about the rest of us in areas where we can hunt with whatever we want? Two words: Auto Musket. Okay not really, but a semiautomatic shotgun loaded with these slugs gives you similar stopping power of the 0.69 caliber muskets of old, in a semi-auto package. For example, the new Vepr 12 loves these things and once the Vepr is 922r compliant, a shooter can load 10 of these in a magazine. Thus, giving them the fight-stopping power of a sledgehammer in a compact, reliable package.

For my test I decided to see how these slugs dealt with standard Soviet steel pot helmets worn by many nations of the Warsaw Pact just a few decades ago. The slugs tore through both sides of the helmet and liquified the menacing watermelon within. Most impressive, was how the DDupleks slugs held their trajectory despite hitting slopped/angled steel helmets.

These slugs paired with a magazine fed shotgun, would make the ideal hog-hunting setup. It would give the shooter the ability to unload in an emergency, but also reach out and blast through a wild boar’s tough hide, even at distance.

DDupleks slugs are being imported by Century Arms and run around $5 a box.