I recently had a chance to pick up a new pocket pistol, one of a sort I had been looking for since I got rid of my Ruger LC9.  My local gun store had just one of them available and it turned into a matter of right place right time for me to pick up the Diamondback DB9.

But let me stop momentarily so we’re all on the same page here. 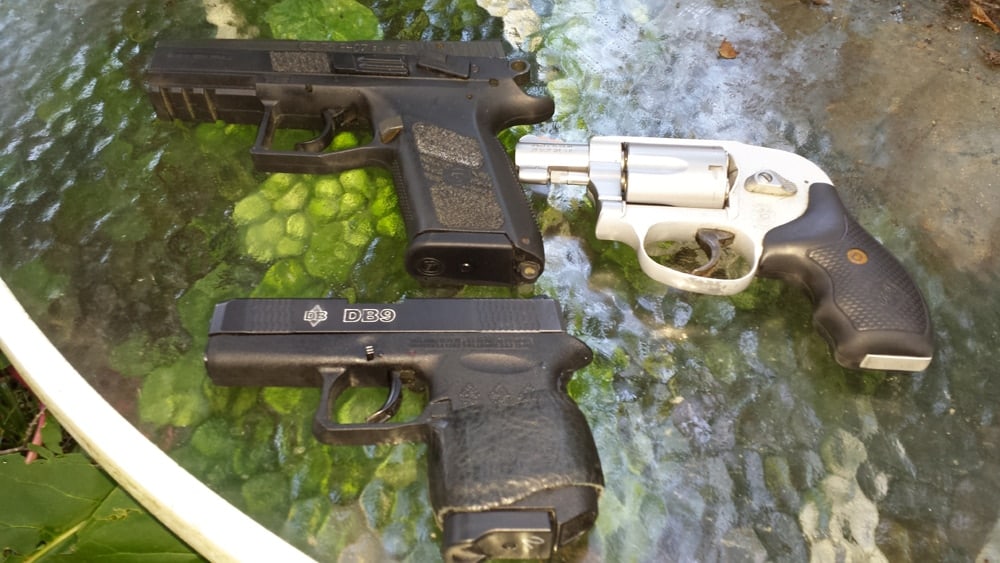 A couple of years ago I purchased a Kel-Tec PF-9, which after numerous failures-to-extract and failures-to-feed problems, I traded it for a Ruger LC9. I had zero problems with the LC9 except that it wasn’t really as compact as I would have liked. Being a revolver guy, I picked up a Smith & Wesson 638 shortly after this because as all gun owners know, variety is the spice of life. It amazed me that the Smith was only slightly wider than the LC9 and so the little Ruger trundled off back to the gun store in exchange for — I don’t even remember anymore.

After a solid year of happily carrying the S&W 638 Airweight revolver, the Internet got in my head. It happens to the best of us: caliber choice, reliability, newgunitis — I got a bad case of it. For me it was more about my ability to quickly reload the revolver with speed strips, I mean, after all doesn’t it make more sense to do a quick magazine change than fumble around trying to get rounds into tiny little holes when the adrenaline is flowing? So I kept my eyes open. Originally I was set on picking up a SCCY 9mm, but when none of those appeared I began considering other options, including a CZ 82 in 9mm Makarov. Finally though, the gun gods favored me and presto, a wild Diamondback DB9 appeared!

When I say this gun is tiny, I mean it’s as close-as-shootin’ microscopic. The gun is incredibly light and simply disappears into a pocket. At 0.8-inches wide I assumed on first seeing it that the gun store owner had put the piece in the wrong cabinet and I was looking at a .380.  Even fully loaded this gun made my old Smith feel heavy by comparison, something that was truly astounding to me when holding them side-by-side. The revolver looks monstrously large next to the DB9.

This gun is well designed in some aspects. The magazine release, which had been a problem for me with the Kel-Tec PF9, was sturdy by comparison and required more than a little bump to get the magazine to release. The fit and finish is pleasing, though for a new gun the finish on the slide was already showing to thin on some spots. 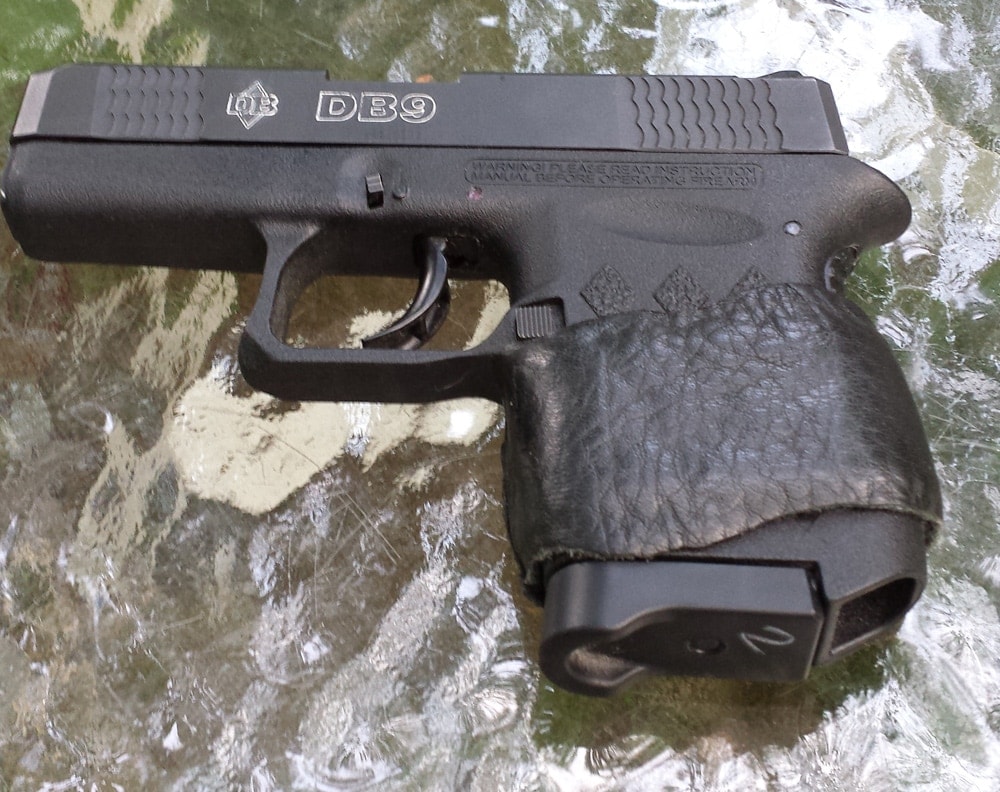 The size of this gun is something to admire, though.  With 6+1 rounds of 9mm available, this gun is, I think, as small as a pocket pistol can get for the 9mm cartridge. Being so small it allowed me to fully wrap my hands around it to help mitigate the muzzle flip.

Soon after purchasing the DB9 a trip to the range was in order and here I was reminded why letting Internet gun wisdom decide on what I carry is a bad thing.

After chambering the first round I immediately had a jam. The magazine was trying its hardest to force another round in behind the one already chambered, so as I stood on the firing line I got to know pretty quickly what it’s like to fumble with the DB9’s tiny magazine. My DB9 came with a base plate extension, which is nice, but provided little help when trying to extract the magazine. The fact that there is no last round hold open to keep the slide back also complicated things a good deal. After finally getting the magazine released and the jam cleared, I once more I proceeded to try yet again. 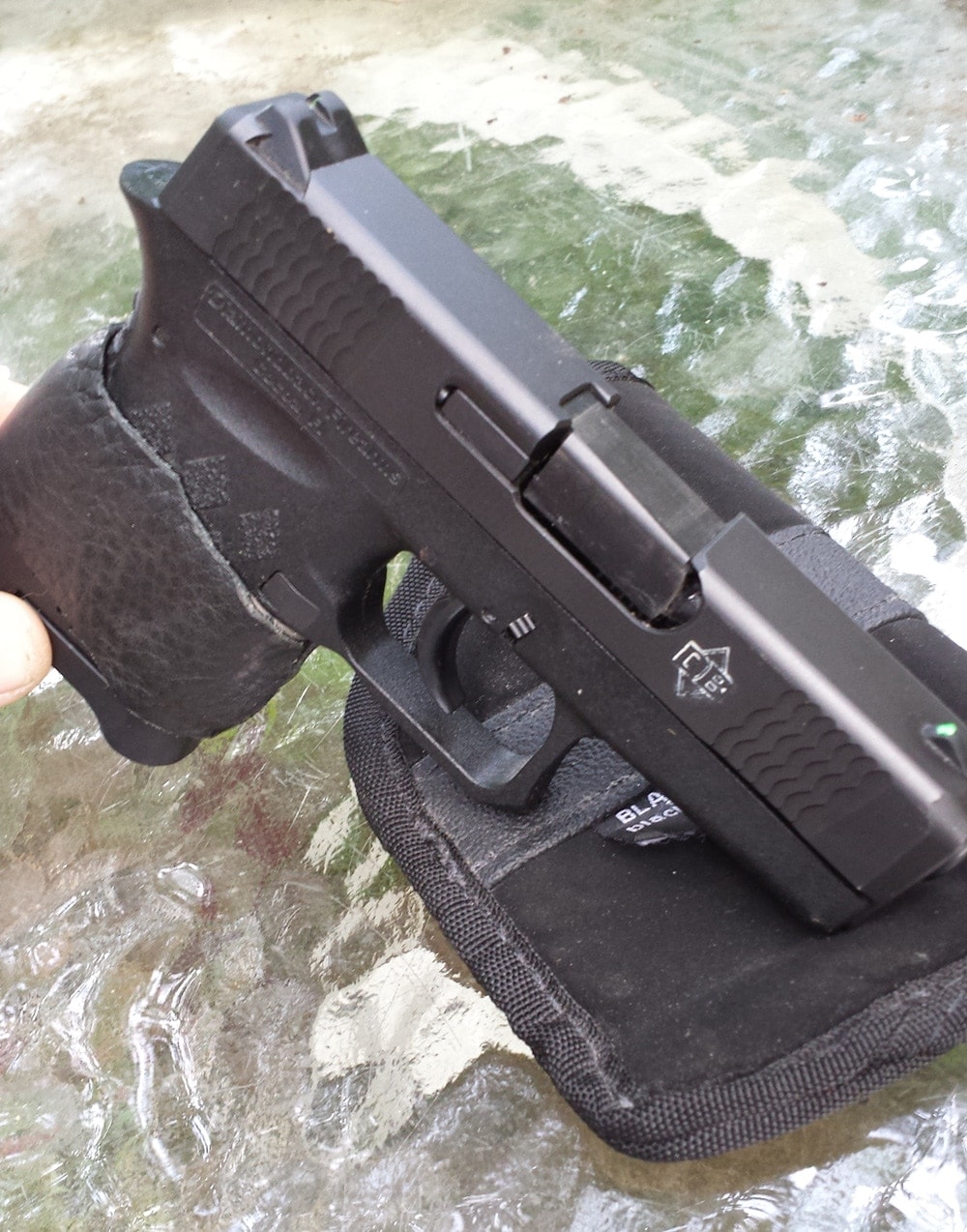 The recoil, which one would expect to be punishing never, really appeared. Even though the gun is tiny, recoil and muzzle rise were very manageable. The trigger on the DB9 is a long pull, but given this guns size the “long pull” double action only trigger never really becomes an issue.

I’ve done some looking on the ol’ Internets for an extra magazine for this gun and in that search discovered that magazines and reliable feeding tend to be the biggest problem the DB9 has. The folks at Taurus-Diamondback are aware of the problem but don’t seem to be doing much about it.

Lastly, I was able to feed it 100 rounds of reloaded 9mm and the only real problems I experienced came from the ammo itself rather than the gun. However, the Diamondback DB9, in addition to other tiny pistols, functions best with premium brand ammo.

So would I recommend this gun? Yes, with a caveat. This gun fits a very specific role for me in that its size makes it ultra concealable. This was the primary selling point for me as I often worry that my Smith revolver is going to peek out of my pocket when I’m at work. If you choose the DB9, work with it: lube it up, run the slide and familiarize yourself with its occasional stubborn magazine drop.

In looking over other reviews I saw a pretty mixed bag with some people having a gun that worked flawlessly right out of the box, while others had an experience more consistent with mine.