Gun review for the disabled shooter 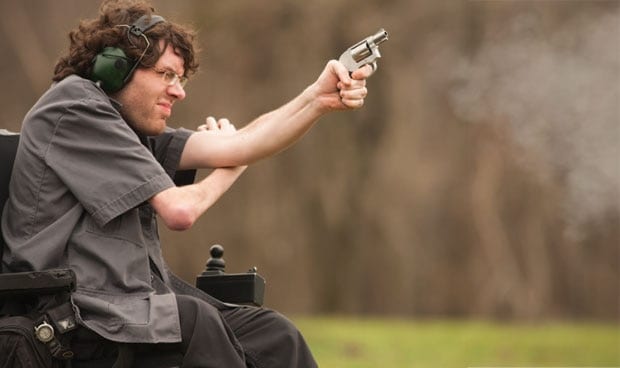 First, I must admit that I’m relatively new to the world of guns. But I am an expert on disabilities, and the convergence of gun ownership and being handicapped is the focus of this article.

For 46 out of my 57 years, I have learned to cope with the devastating effects of Juvenile Rheumatoid Arthritis. Four total hip replacements, two knee replacements and reconstructive hand surgeries have awarded me an advanced degree in dealing with a major disability.

Nearly four years ago, I set out to find a pistol that would be an appropriate home defense weapon when my condition worsened and forced me to retire on permanent disability.

Feeling more vulnerable than ever before in my life, I thought a gun purchase would not only alleviate my fears but also allow me to take up target shooting as a new hobby to enjoy now that I had time on my hands. My journey introduced me to all the major gun manufacturers and calibers.

Whether disabled or able-bodied, I quickly realized that it would be a good idea for a first-time gun owner, such as myself, to invest in a handgun safety course. There are many such courses across the country — conducted by NRA-certified instructors or local/state police officers who often partner with local gun shops.

In my investigations, I found a variety of one-day courses or ones spread out over three to four sessions. Because an eight-hour course would be difficult for me to sit through due to my disability, I signed up for four sessions that met once a week for one month. This also allowed me to try out different handguns for free since the rental of the guns was covered by the cost of the course.

The first class might have been my last if not for the intervention of my understanding instructor. A straight-laced former SWAT commander, Andy, saw I was having trouble bringing the gun up to eye level to sight in the pistol due to a bad shoulder.

Sensing my frustration, Andy worked with me on my form to get me to where I felt most comfortable.

There’s a gun for everyone

Having the chance to rent many different types of pistols in a month’s time was an invaluable opportunity. From cowboy action revolvers to semi-automatics, I found myself gradually narrowing my selections.

In the end, I realized that the numerous grip variants available in the semi-auto market offered me the best chance to overcome the challenges I faced from the arthritic finger contractions on my shooting hand.

I also realized that I needed a gun equipped with a Picatinny rail, also referred to as a tactical rail, to provide a standardized mounting platform for accessories and attachments. Again, this is where having an instructor was advantageous. 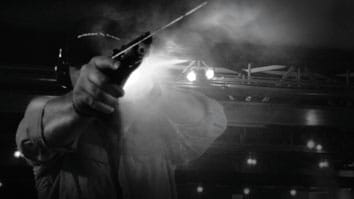 Using laser sights can give you a tactical advantage, especially if you cannot adequately use the standard sights. (Photo credit: American Rifleman)

Watching me shoot at the gun club’s range, Andy saw that I tired very quickly despite us finding a way for me to use the fixed sights. So together we worked on other ways for me to better enjoy the experience, including teaching me to shoot from the hip. But it was Andy’s next suggestion that made my total gun experience fantastic — using a laser.

Having selected a semi-auto pistol that had hand grips that could be switched between small, medium and large and a rail to mount my laser, I now had the task every prospective and experienced gun owner struggles over: what’s the best caliber?

The first pistol I ever shot was a Bersa Thunder 380, manufactured and imported from Argentina. The .380 round, sometimes called a short 9 referring to 9mm, was snappy but manageable.

In the course of my gun rentals, I then tried a .22, .357, 9mm, .40 and .45 calibers chambered through the many –but not all of — the manufacturers everyone is familiar with: Beretta, Heckler & Koch, Smith & Wesson, SIG Sauer, Springfield Armory and Glock.

Each caliber has its pros and cons and no single one can ever fit a person’s particular circumstances or tolerances.

But like many gun owners before me, I couldn’t decide on just one, so over the past four years I’ve acquired a .22 for everyday plinking and target practice, a 9mm for concealed carry and a .357 locked in a dresser safe by my bed for home defense.

I’ve purposely not named the gun brands I have in my mini arsenal as the purpose of this article in not to endorse any one brand or caliber, but to assure any of the estimated 83 million disabled Americans, many of whom are retired military, that a little bit of homework and first-hand experience can get you into the wonderful world of firearms.