DIY with Duracoat: Could it be any easier? (VIDEO)

The old Ithaca 66 is a break action shotgun. The lever breaks it open.  A solid break action shotgun is a true find.  There are thousands of them out there.  They age slowly and rarely die.  When they do come up for sale, they are cheap.  And they have a purpose.

I have big plans for this one.  It is going to be my prepper test gun.  We’ve got some steel barrel inserts coming that will allow the 12 gauge to fire a variety of rifle and pistol rounds.  This shotgun will eventually shoot a little bit of everything.

So I wanted a durable gun that could take some abuse.  I also wanted a platform that was a bit disposable.  Don’t get me wrong, I like the old gun.  But if I screw it up, I won’t be heartbroken.

But let’s talk about DuraCoat

I wanted a finish for the gun that could take any kind of abuse and one that would keep the gun from rusting any more.  DuraCoat is perfect.  The finish is made by Lauer Weaponry specifically for the firearms industry.  It comes in a ton of colors and can be applied over a number of materials and finishes.  The folks at DuraCoat said this color of tan is one of their most popular choices, so it was what I chose.

And I wanted to start at the most basic DIY level, so I picked up a Prep and Spray kit in Coyote Brown.  The kit comes with the paint, hardener for the paint, an aerosol can of degreaser, a spray jar for mixing the paint and hardener (and applying it), and an abrasive pad.  Everything you really need.

At the bare minimum, you need to degrease the metal (and the wood, if applying it to a stock).  Some degreasers will leave behind a film.  It is better to use the one that comes with the kit.  I degreased this whole shotgun and had more than half of the can left over. 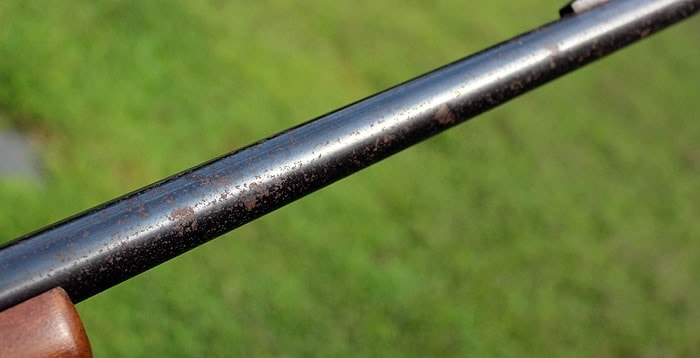 After, it is helpful to rough up the surface a bit.  A little tooth will give the paint something to hold onto.  This is most important as you the paint will have to grab and hang on three dimensional pieces.

I sanded the barrel down by hand, just to knock back the rust.  I sanded the stock also.  The rest of the parts, I roughed up with the sanding pad from the kit.  In all, I put in less than an hour of prep work. 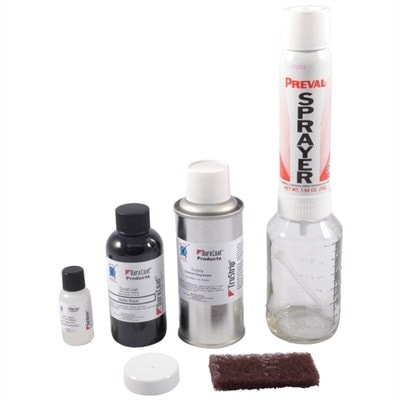 The color mixing is done before you ever buy the kit.  But you can mix any of the colors, if you want.  Mixing the paint and the hardener should be done right before you intend to use it.  It is easy enough to do.  Shake up the paint, pour it into the jar.

It is advisable to keep the glass mixing ball from the paint container out of the glass sprayer jar.  It won’t impact the flow of paint, but you need to shake the jar again after you add the hardener.

If there’s a glass ball shaking around in a glass jar, it might break and dump paint all over you.

I’m not new to spraying finishes.  I used to build electric guitars, and learned the hard way about over-spray and runs.  But I approached this like a novice.  I hung the parts from a tree on a clear afternoon and followed the instructions exactly, at first. 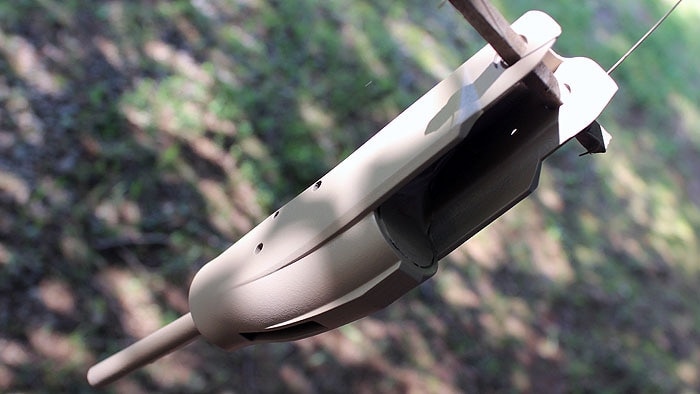 The spray comes out in a heavier spray than typical spray paint.  The drops cling to the metal and don’t run.  I even over coated some places.  No runs.  I sprayed too close.  No runs.  The only place that I had any problem at all was on the angular corners.  There the paint wanted to flow more, and seemed to pool a bit. 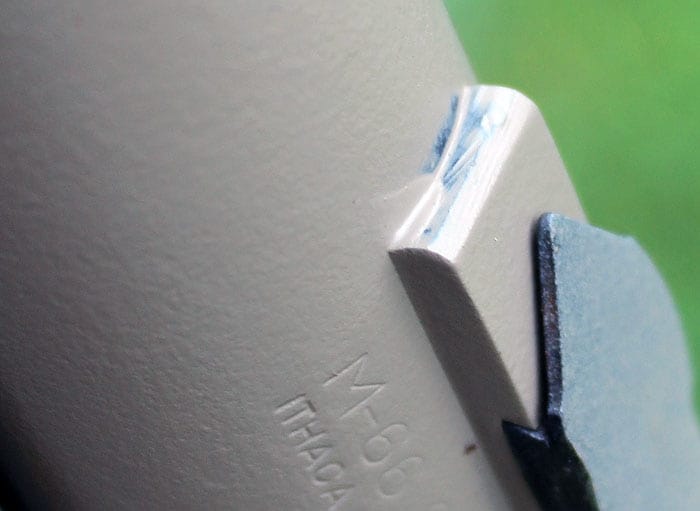 But by spraying lightly, and moving constantly, and starting just off of the piece you want to spray (and not stopping until you are clear of the piece), the finish goes on flawlessly. 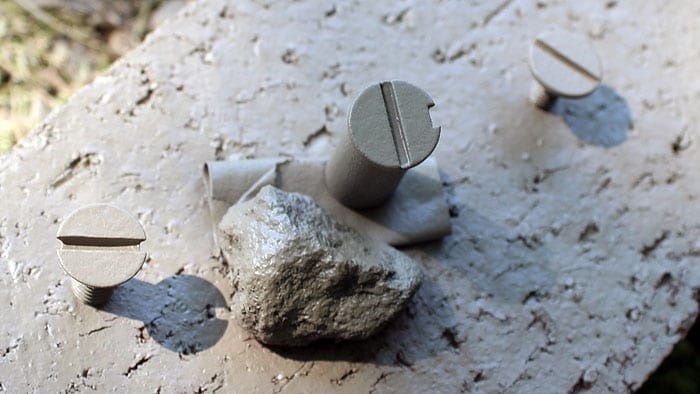 Five minutes between coats.  In the afternoon light, it was easy to see when the parts were ready for another coat.  The wet paint had a sheen.  The drier coats had a matte finish.  This makes seeing what needs paint easy enough.

Three coats is the minimum.  More will produce a slightly thicker finish.  After finishing four to five coat on the 66, I still had paint left over.

This is the most basic DuraCoat option.  Spray on, let dry. It dries to the touch reasonably quickly, but stays pliable for a while.  It firms up nicely after a few hours.  Overnight, it feels even harder.  After 30 days or so, it is completely cured and ready for hard use. 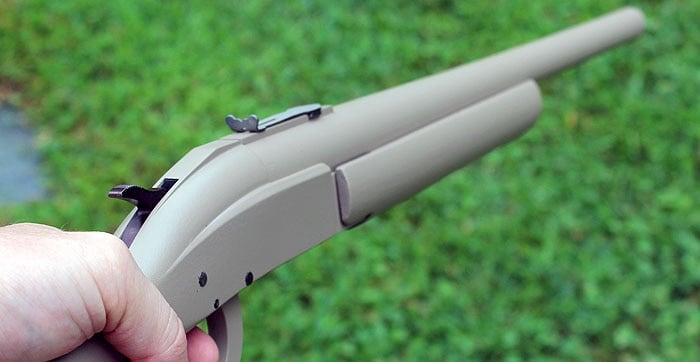 The finish can withstand heat up to 600 degrees.  They make options that can be cured in the oven for faster turn around time.  They also make a finish that can withstand higher temperatures.  In addition to these, they make a full range of finishing supplies, from clear coats to fillers.

The finish has been on for three days now, with no issues.  I’m not going to pound on the gun until after the 30 day mark.  As for the color?  It is an unusual choice for an Ithaca 66.  But if you ever need to bug out and hunker down on the beach, this is the perfect color.

The basic kit sells for just under $30.  With careful use, I could have finished two shotguns with one kit.  It would be enough for several pistols, but they would all have to be sprayed at the same time.

But the application of the finish couldn’t have been easier.  It is not completely idiot proof, but you’re not an idiot.  So don’t hesitate to try.  As for the durability of the finish, we are prepared to test that out, too.  Just as soon as we give it an opportunity to dry.