Does the Walther PPK still hold up?

First appearing in 1962’s Dr. No to replace a Beretta M1934, legendary spy James Bond carried the Walther PPK until 1997’s Tomorrow Never Dies – give or take a film or two – when it was replaced by the Walther P99.

Much like Bond, the Walther PPK is shrouded in legend and hyperbole with many making the claim that it is the greatest compact pistol ever made. Perhaps it is, but, then again, perhaps it isn’t. Certainly, the star power of some of the finest movies ever made helps the legend, but does the legend still ring true today? 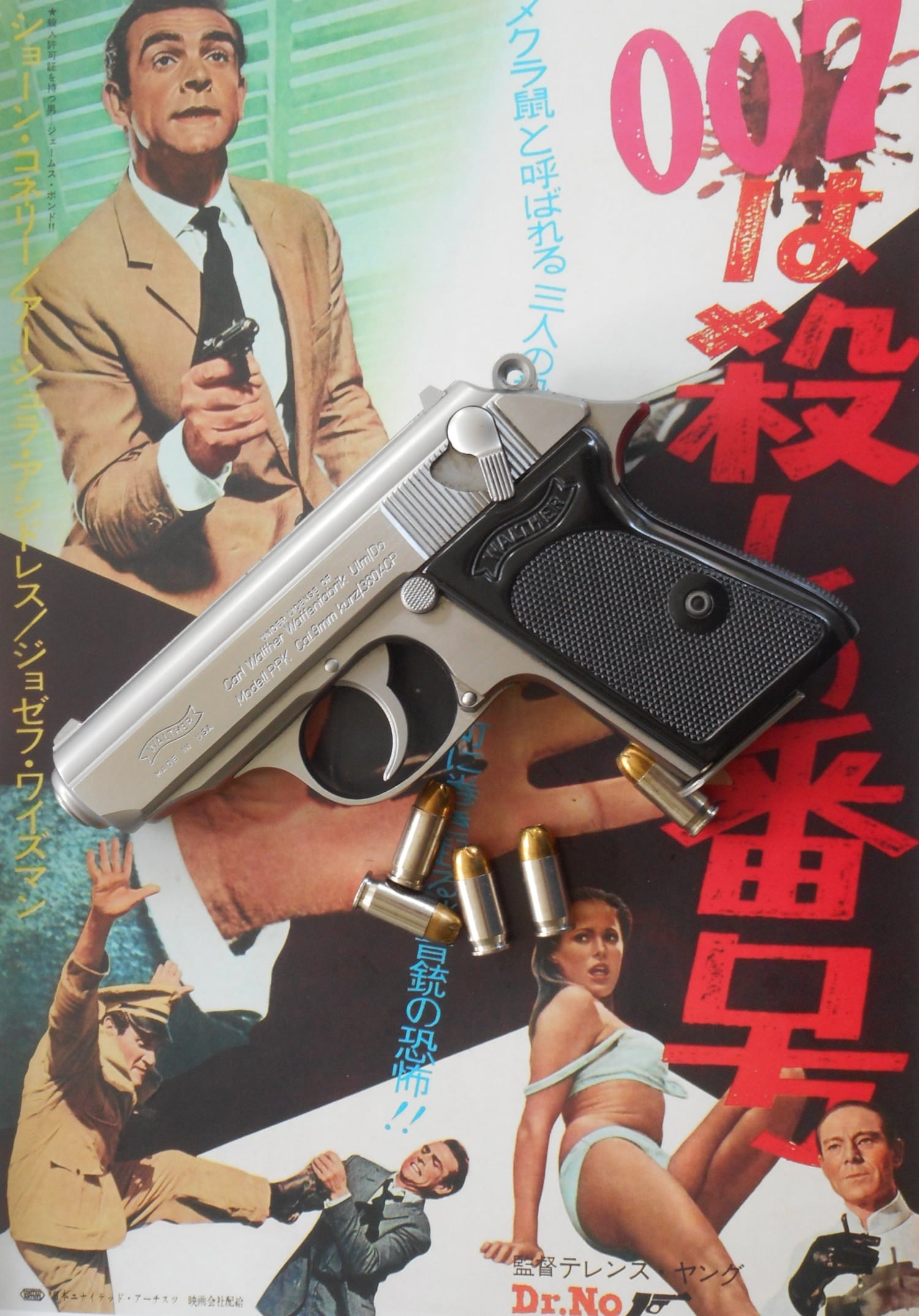 The Walther PPK above the film that introduced it in Bond’s world. (Photo: Francis Borek/Guns.com)

The Walther PPK is an old design. Based off of the larger Walther PP, it was designed in 1929 as a simple and durable police service pistol with the designation PP standing for ‘Polizei Pistole’. It was an age of hope for the German people who, at the time, were slowly crawling their way out of the mess of post-World War One Germany. Industry was starting back up, and Walther was not as badly damaged from the war as many other gun companies. The PP was innovative for the time, with hammer block safety-decocker and a loaded chamber indicator as standard.

Six years later, a much more compact version was released as the ‘Polizei Pistole Kriminal’. Named for its target market much like the Colt Detective Special, the PPK at the time was meant for detectives and not criminals or charismatic British secret agents (not yet at least).

True it might only hold eight rounds of 7.65 Browning or 9mm Kurz, but that was considered enough for the time. During World War Two it proved to be rather popular with officers and aircrew due to its good looks, quality build and simplicity.

It is long documented that a Walther PPK was the handgun that Adolf Hitler took his own life with, though it has since been lost to history.

Due to importation regulations, the PPK couldn’t be imported because it is too small. When the PPK slide was placed on a PP frame, it scored enough points to be imported as the PPK/S. Interarms would eventually contract with Ranger Manufacturing to license produce a high-quality copy of the PPK. Today they are manufactured by Walther USA.

Does the PPK stack up in today’s world however? PPKs are offered in both blued and stainless steel. This makes a small gun rather heavy, clocking in at 22 ounces. The grips are checkered black plastic and make holding the PPK feel like holding a board.

Compared to more modern designs, the Walther PPK is not exactly pleasant. This is only amplified by the straight blowback operation of the design. The heavy slide combined with the blowback operation make for some painful shooting sessions. Modern handguns of comparable size are often lighter or carry more rounds.

Out on the shooting range, the PPK is not something you’ll be spending all day with. I can get through a box of a .380 through this gun and that’s about it. It can be rather brutal. Gloves and a .22-caliber pistol of a comparable size are probably the best accessories for this gun. That being said, the trigger is rather nice for a sub-compact gun.

The DA trigger is revolver-like in how heavy it is, but it is also very smooth. The SA trigger has a bit of creep in it and not exactly a crisp break. But it is light around five pounds. Accuracy was a little better than I expected, and kept up with modern handguns which I attribute to the PPK’s fixed barrel. Five rounds of Federal .380 FMJ grouped 3.5 inches at 10 yards. Not exactly target grade accuracy, but the PPK is far from a target handgun.

To be fair, I think most of the Walther PPK pistols available these days deal mainly with nostalgia and the James Bond film series. The PPK is painful to shoot, which could discourage practicing with it. While many sub-compact handguns are pleasant to shoot, they are at least far lighter than the PPK. The PPK is rather reliable which is attributed to the simplicity of its design, but so are many modern handguns. I suppose the one thing the PPK still has going for it is its small size.

The PPK has a hell of a track record and celebrity status. When Bond transitioned to the Walther P99 in 1997’s Tomorrow Never Dies, he made the correct choice. A larger caliber, more comfortable to shoot and with a larger magazine. Yet, nostalgia demanded Bond return to the PPK, which he did in Quantum of Solace. It may not be the most modern handgun out there and most of the love is driven by nostalgia, but it is still (just barely) a viable weapon.