Does the Walther PPS Classic still stack up? 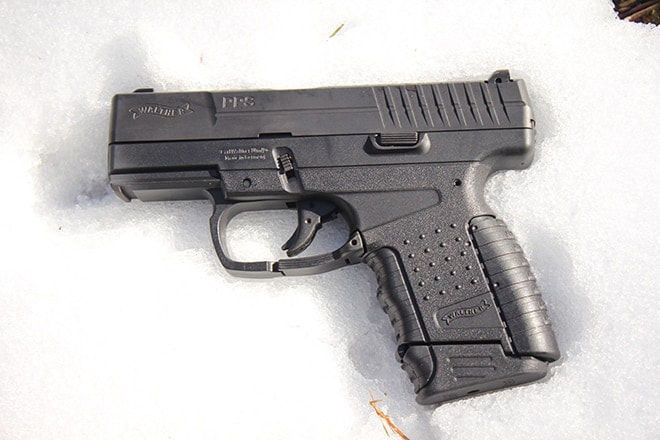 The Walther PPS “Classic” in 9mm debuted in 2007 as a polymer update on the original. (Photo: Nicholas Oetken)

With the release of the new Walther PPS M2, the original PPS has become the PPS Classic.  Walther has announced that they will continue to produce both pistols, so now you have two different PPS pistols to choose from.

This review, however, is going to focus on the 9mm Classic model (I’ll refer to it as the PPS Classic throughout this review to differentiate it from the new PPS M2). 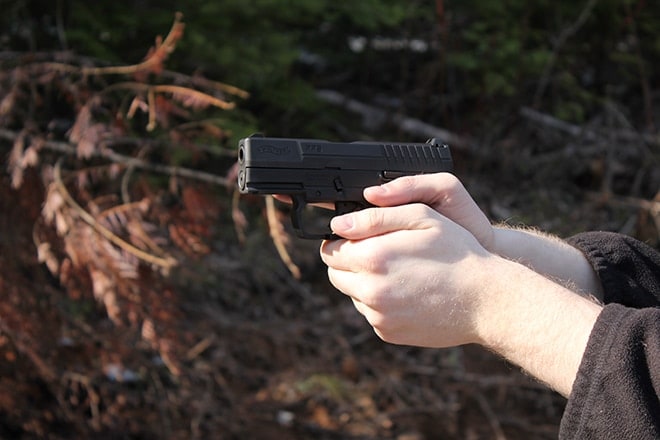 Walther PPS Classic may feel a little blocky, but this has advantages. (Photo: Nicholas Oetken)

The Walther PPS (which stands for Polizei-Pistole Schmal or Police Pistol Slim and now known as the Classic model) was introduced in 2007 as one of the first polymer framed, striker fired, single stack 9mm/.40 pistols. Since then, this sector of the firearms market has exploded to the point where competition is everywhere and the PPS has been largely forgotten by many folks. 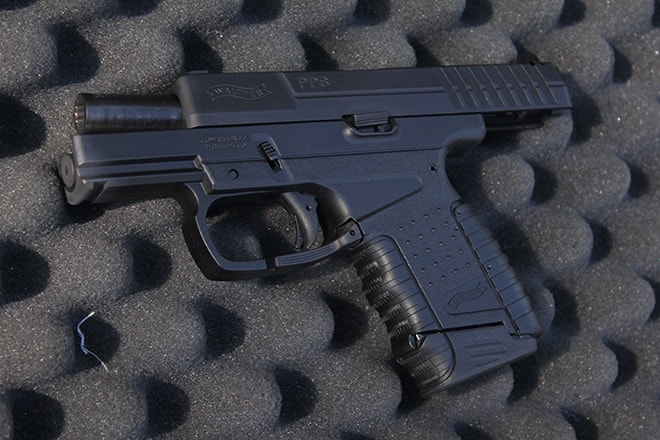 But while the PPS Classic is slender and easily concealable, it also feels rather blocky in the hand, especially in comparison to some of its main competitors that I have experience with such as the Shield or the XDS.  This is primarily due to the enlarged trigger guard, which, despite the increased blocky feel, is undeniably great for accommodating gloved fingers. 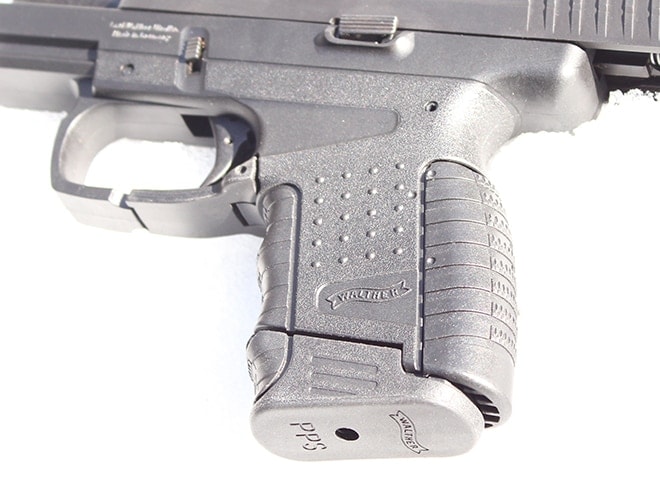 Something that will be a deal breaker for a few people is the fact that the PPS Classic utilizes the European-style paddle magazine release (note: the PPS M2 uses the push button like the PPQ M2).  Personally, I don’t mind the paddle release because it’s fully ambidextrous and convenient.  To eject the magazine with my thumb, I do have to slightly adjust my grip, but if I use my firing index finger all I have to do is swipe it down.  Once the paddle is depressed, the magazines eject right out with no friction.

As I’ve come to expect from Walther, reliability was perfect with the PPS Classic right out of the box.  I experienced no malfunctions or jams whatsoever with a variety of 9mm 115-grain, 124-grain, and 147-grain ammunition.  Reliability is the number one factor to take into account when considering a concealed carry gun, and the PPS Classic delivers effortlessly in this front. 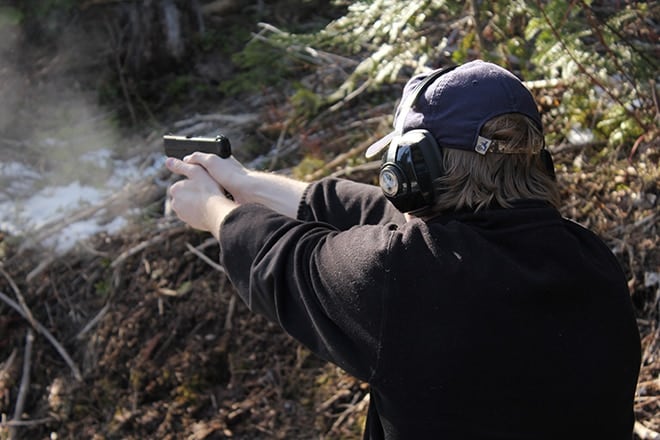 Reliability for the PPS was excellent as was, surprisingly, the accuracy. (Photo: Nicholas Oetken)

But while I expected the excellent reliability out of the PPS Classic, the excellent accuracy was a pleasant surprise.  Small, single stack 9mm pistols are designed to be defensive weapons, not target pistols.  Despite this, I was shooting groups the same size as I was getting out of my PPQ M2 at a distance of nine to ten yards.  Other people who were with me managed roughly equal sized groups out of the two pistols as well.  The fact that I was able to shoot the PPS Classic and the PPQ M2 equally as well is what impressed me the most about the PPS Classic.

The PPS Classic comes with three different sizes of back straps, and the largest back strap is by far the most ergonomic for me.  It simply fills up the hand the best and offers the most secure grip, though I realize that everyone has their own preferences. 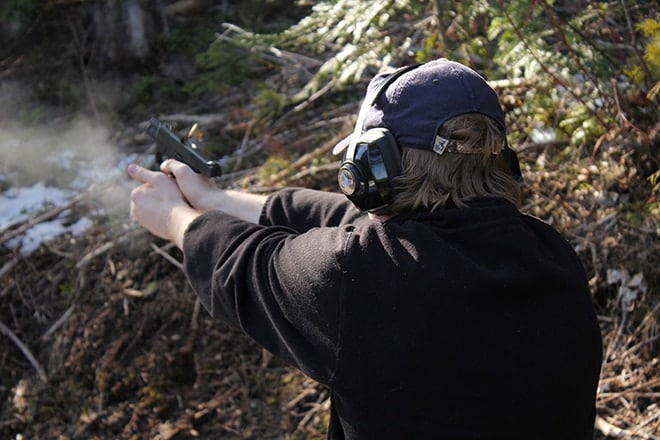 I like the options of having different sizes of back straps, but ironically the back straps are also my biggest gripe with the PPS Classic, and the only factor that would make me think twice about carrying it.  This is because the firing system is rendered inoperable if a back strap is not in place on the rear of the grip.  In a self-defense situation, if the gun is somehow thrown hard enough on a wall or the ground and the back strap manages to click out of place, it won’t fire until you click it back in.

Obviously the chances of this happening even in the most deadly of self-defense scenarios are extremely slim, but it still psychologically bothers me.  Fortunately, this has been remedied with the new PPS M2, which doesn’t even have interchangeable back straps.

The price on the PPS Classic is more than fair.  It MSRPs for $469, but I’ve seen them sell for much lower than that.  To prove my point, this PPS Classic was bought brand new for only $369.  This is a German made pistol that won’t break your bank. 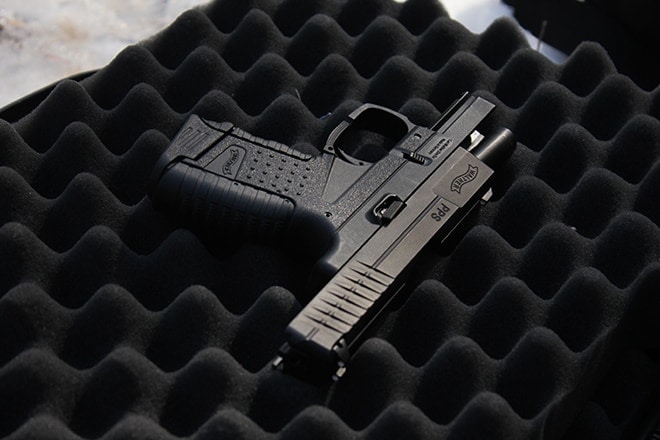 The Walther PPS Classic has an MSRP of $469 with real world prices north of $300. (Photo: Nicholas Oetken)

All in all, the PPS Classic is a high quality concealed carry gun that easily lives up to the legendary Walther name.  The only real criticism I have of it is the fact that it won’t fire without a back strap locked in place; other than that, I like the PPS Classic much more than I thought I would and I am very fond of how it’s equally as shootable as the larger PPQ while preserving its thin-sized frame.  If the PPS M2 becomes more popular, I don’t know if Walther will consider to keep this Classic model in their lineup, but as it stands it’s a perfectly viable option as a concealed carry or a backup piece.