Many IDPA shooters feel intimidated by the cost of getting started in the sport. Guns, holsters and gear can seem like an expensive endeavor and a confusing selection process, but a good, basic set up can be affordable and easy to find as long as you know what you’re looking for.

Most people who start shooting IDPA use a gun they already own, be it a carry gun, nightstand gun or target plinker. Those who are shopping for a good IDPA gun would be best suited looking at the competition models the major manufacturers make.

The Glock 34, Smith & Wesson M&P 9 Pro or even the Springfield XDm 5.25 are all excellent, reliable and easy to shoot firearms chambered in the affordable and controllable 9mm cartridge. 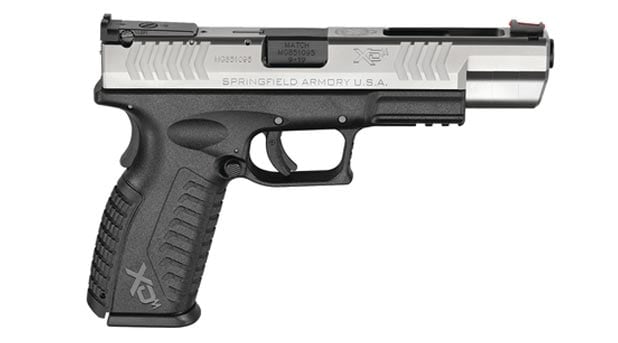 Of all the pistols I mentioned, each one was designed more for competitive shooting than self-defense. They have long barrels and also a long sight radius – features that are more practical accuracy than self-defense/carrying.

When it comes to purchasing accessories simplicity is the best for first time competitors. A gun belt, while not necessary, will not wear as quickly as normal belts and will also provide better stability for a quicker draw. While most local shops carry gun belts they can also be purchased online through companies such as Blade-Tech. A strong, leather gun belt works well for both competition and carry and can even be transferred over to day-to-day wear. 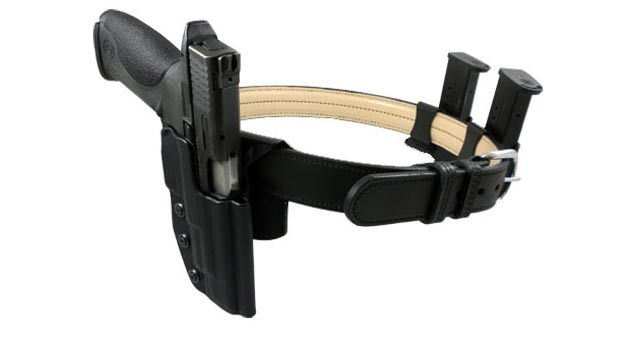 Magazines pouches can be purchased as both single and double pouches, competitors should look for simple kydex pouches with no retention such as those from Blade-Tech. Since courses of fire are limited in round count, most competitors find that one double magazine pouch and three magazines will get them through their first IDPA match. However, shooters in CDP, ESR and SSR, the divisions for 1911s and revolvers, will want three or four more magazines and magazine pouches or speed loader holsters.

Holsters should be as simple as possible for new competitors; retention devices complicate an already high-stress environment. A plain, concealable kydex holster such as the Blade-Tech Eclipse is perfect for IDPA events, although many competitors use their daily carry gear. The holster should keep the gun close and be a plausible carry holster but still easy to draw from. 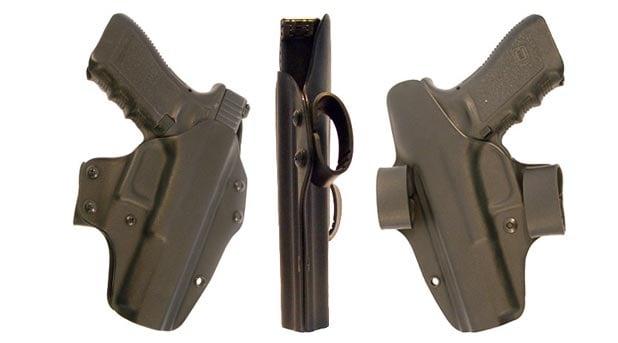 IDPA competitors will also want to find a good cover garment. While serious competitors look at tactical vests such as those manufactured by Woolrich Elite Series Tactical new shooters need only to bring a jacket or zip up sweatshirt. Placing a rock or other weighty item in the strong side pocket can help ease movement of the cover garment for the draw.

Shooting IDPA for the first time can be as simple as showing up with existing carry gear, but for those looking to get into the sport it’s important to remember that simplicity is important. Just like a shooter’s first match should be about going slow and being safe a shooter’s first set of equipment should be about good, easy to use accessories that don’t break the bank.

What would you recommend?