Guns.com recently ran an article about a compact, hand-held pistol geared for seniors, the disabled and women called the Palm Pistol.

Manufactured by Constitution Arms and conceived by the company’s president, Matt Carmel, the pistol aims at leveling the playing field for those unable to manipulate traditional handguns. I was recently invited to meet with Carmel out on the range to a first look at his Palm Pistol. 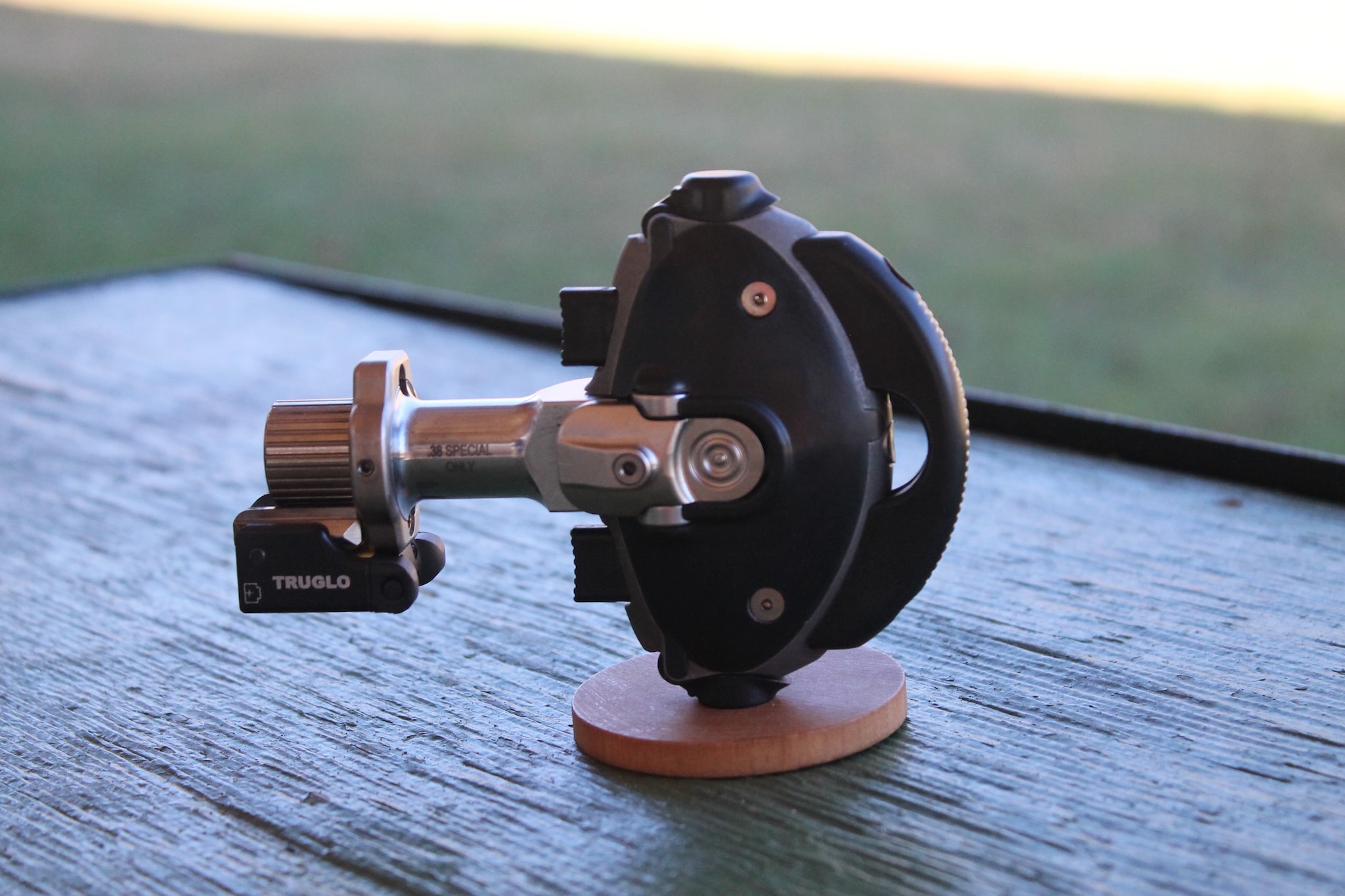 Though hardly a new concept, this Palm Pistol is unlike anything I’ve ever met in the gun world. Engineered to assist seniors, the disabled and those with difficulties firing traditional firearms the Palm Pistol doesn’t look like your average handgun. In fact, the oval shaped pistol doesn’t really look like a handgun at all.

Pushing my skepticism aside, I stepped up to the range table to get a better look.

The first thing Carmel did was put the pistol in my hand to introduce me to weapons’ surprisingly intuitive ergonomics. The round shape, which I was first leery of at first as I would imagine most shooters would be, fits nicely in one hand. Additionally, Carmel has paired that with two sizes of backstraps, large and small, so shooters can ensure a decent fit. Overall, the pistol measures in at just 5.2 inches with a 2.5 inch barrel.

I found the weapon to be weighted well, especially given that this is intended for seniors and the disabled. It’s not too heavy but it also doesn’t feel like a toy. Protruding outside the oval is a metal barrel with a standard 5/8 muzzle thread and thread protector. Nestled underneath the barrel is a picatinny rail which currently accepts TruGlo Micro Tac and LaserLyte Centermass lasers. 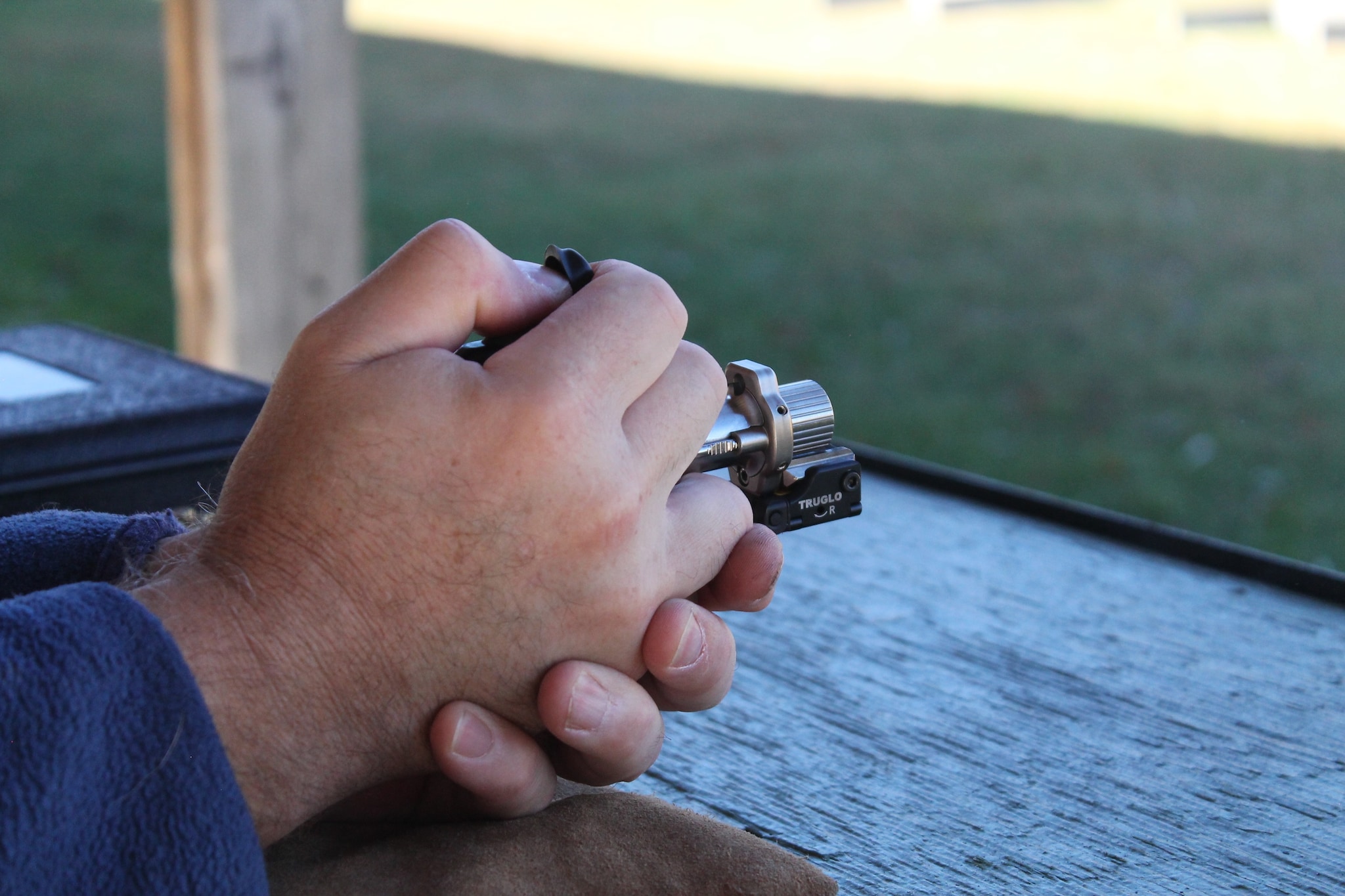 Utilizing two grip safeties and two trigger options, the Palm Pistol can be manipulated solely with one hand. The shooter places the pistol in the palm of the dominant hand. Two fingers go on either side of the barrel. The ring and middle fingers are used to depress the grip safety. The top and bottom of the pistol have a covered trigger, painted red. When the top is flipped up the trigger is exposed and the shooter simply pushes down with the thumb to fire. For those with extremely weak hands, a second trigger is located on the bottom of the firearm allowing for a dual push.

To load/unload the palm pistol, a latch must be depressed and the barrel rotated down. The cartridge goes directly into the barrel for loading. The barrel is then tipped forward and re-latched. The pistol is equipped with an ejector to assist in removal of the spent cartridge. 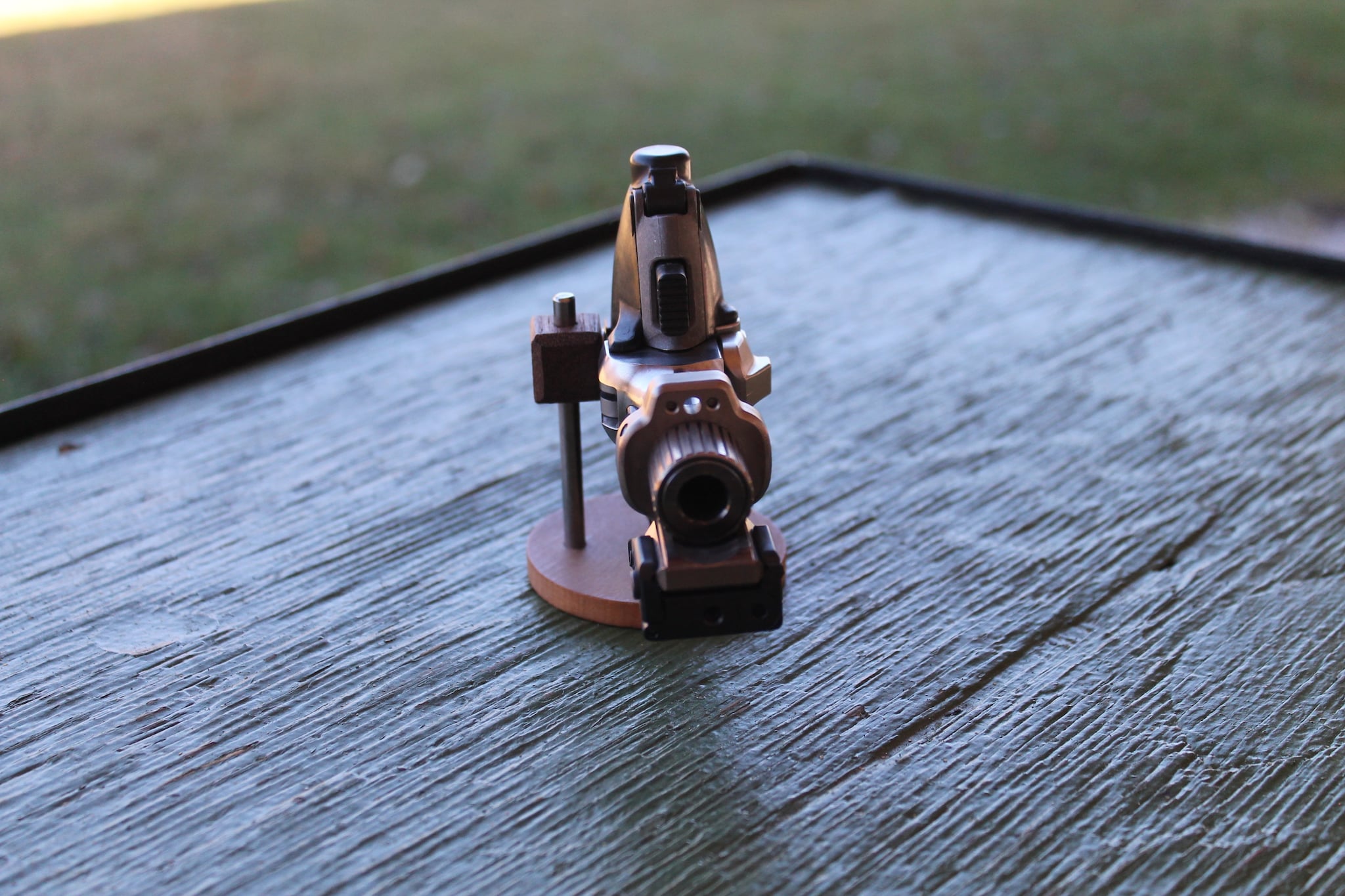 Notice I did use the singular in the above statement. Yes, the Palm Pistol is a “one-shot wonder”, meaning it only fires one round at a time. Admittedly, I would prefer my Springfield XD’s capacity to the Palm Pistol’s limited capacity but I also am not disabled. For some shooters it comes down to currently not having any shots. If I have to choose between zero and one, I’ll take my chances with that one shot.

At the time of this writing, Constitution Arms’ insurance had not yet started. For this reason I was unable to live fire. My experience dry firing the Palm Pistol was, well, an experience.

Due to the design, I struggled at first to get my fingers placed properly. The firearm relies on the user depressing both grip safeties in order for the trigger to be pressed and the pistol to fire. My fingers had a mind of their own the first few times I attempted to dry fire. After a few practices, I started to nail down the motions and it became easier to do. 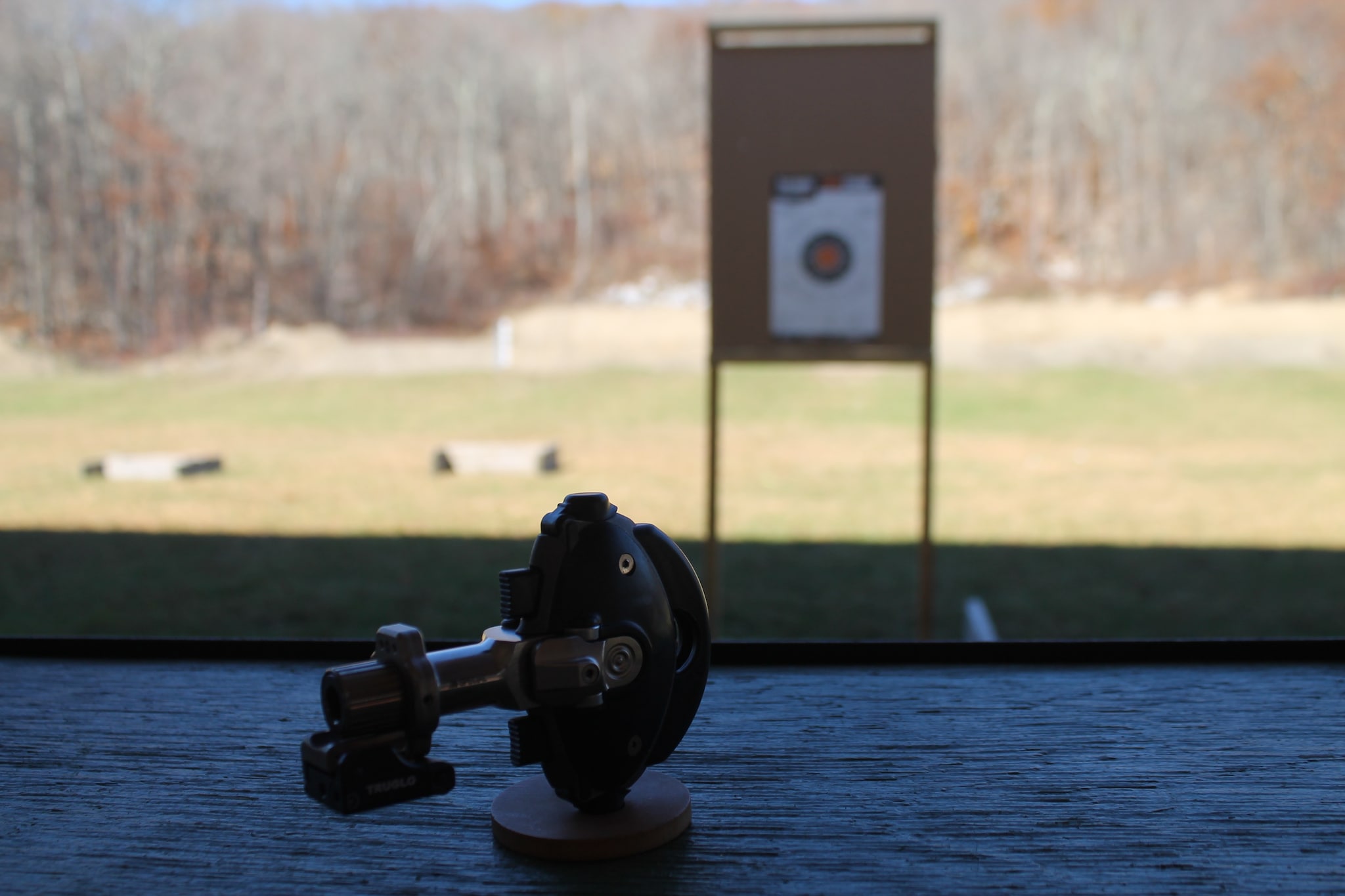 I found dry firing difficult at first but with practice, it became easier. (Photo: Jacki Billings)

As I mentioned, the triggers are a set of buttons located on the top and bottom of the pistol. This allows the pistol to be used in either the right or left hand and gives it some leeway in terms of how to hold it. I was quite skeptical of a button-style trigger, but after using the grip safeties and pressing the trigger I felt better.

Both triggers are a good balance of difficult and easy. They are still accessible to the disabled but also not so easy that you worry about an accidental discharge. The cover on the triggers is also a nice touch to prevent accidents.  The pistol is engineered in such a manner that if you struggle to depress one trigger, you can depress both, which eliminates some of that strain.

Though I wasn’t able to fire it, I wanted to see it in action. Carmel stepped up to the firing line in my place. Firing American Eagle brand .38 special ammo, the Palm Pistol performed well with no failures or malfunctions. Carmel did warn that certain brands of ammo might not perform as well on this platform. He suggested sticking with American Eagle for the best results. 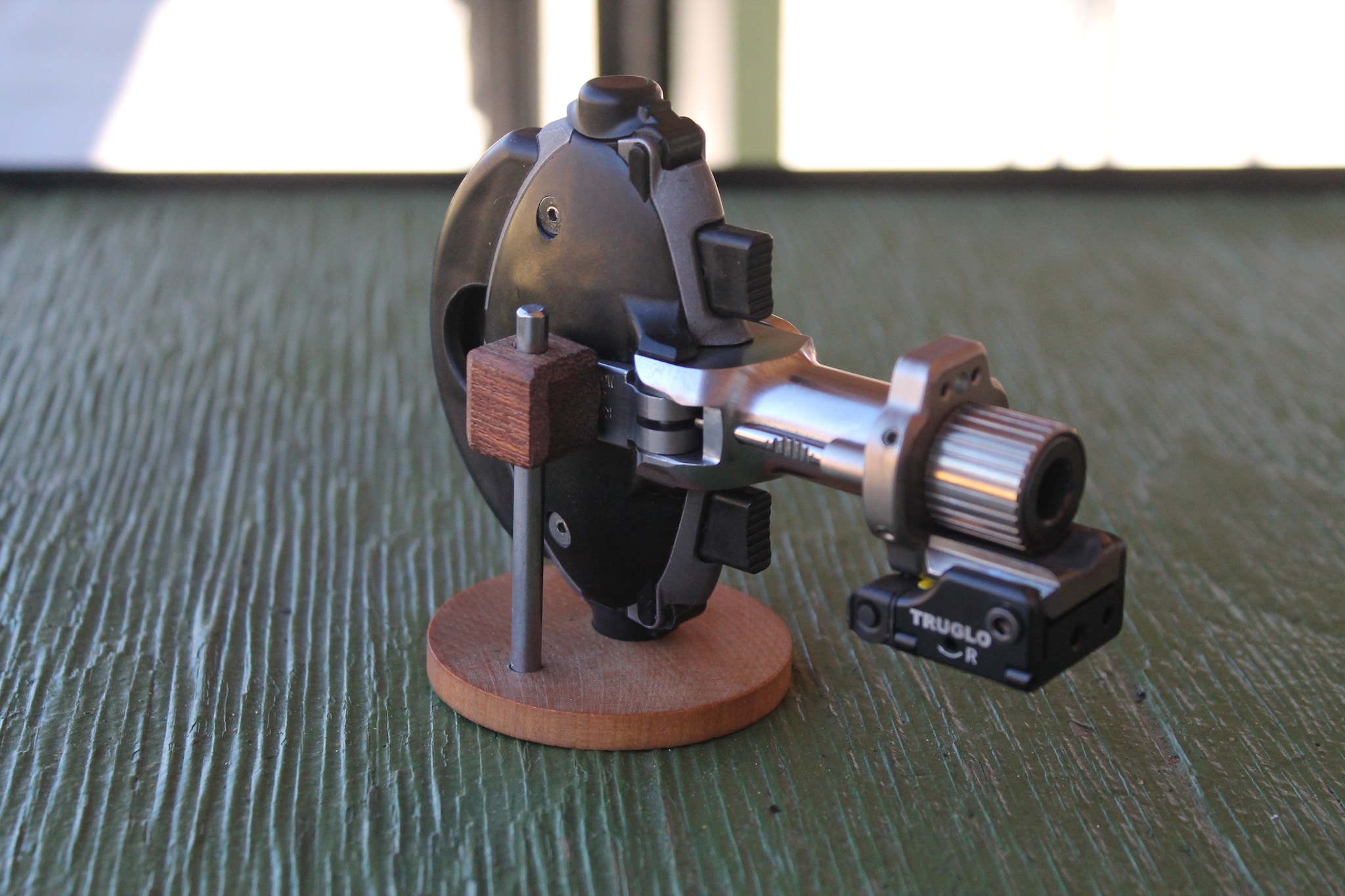 Carmel had this Palm Pistol outfitted with a TruGlo laser on the picatinny rail. Our target was set up at the three-yard line and even at this short distance, the laser proved to be a necessity. At one point, the batteries of the laser failed and Carmel was left instinctively shooting at the target, which produced high shots off target.

This gun was not intended to be a distance shooter. It was engineered with close proximity in mind. In fact, three yards is the maximum distance this pistol can perform. Distance is one of greatest allies when it comes to a fight and I like having a firearm that can give me that advantage. However, this is a micro gun and there’s going to be trade-offs. For the Palm Pistol, one is definitely distance. 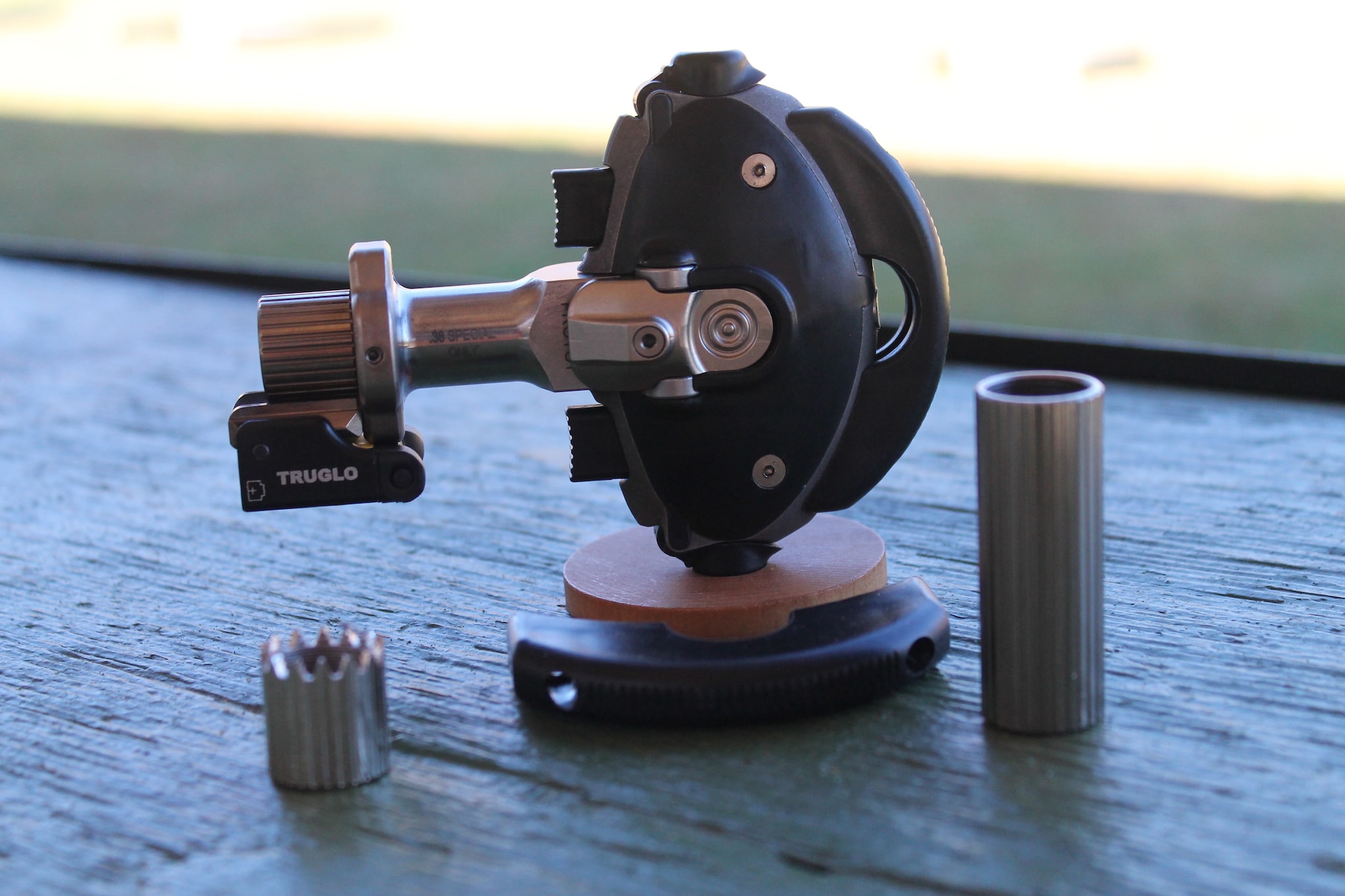 While I don’t have a need for this firearm there are seniors, returning war vets and arthritic shooters who, at the moment, have no other options. The Palm Pistol is pricey, $1350 is the going rate, but it does fill a void the rest of the industry has ignored. Until other manufacturers step up to the plate and offer a disability friendly firearm, the Palm Pistol is better than packing nothing at all.