While slickguns.com may no longer be around, we encourage you to shop the Guns.com store for a great selection of firearms.

If you’re reading this right now then you’re probably an avid internet user and gun enthusiast. If I’m right about that, then you might also be looking for sweet deals on firearms, too. And the interweb is a great place to find them. And when we look for gun deals online we begin our search with our friends at Slickguns.com – Why? you may ask. Because they’re a repository for current online deals and the deals are posted and rated by gun folk like you. 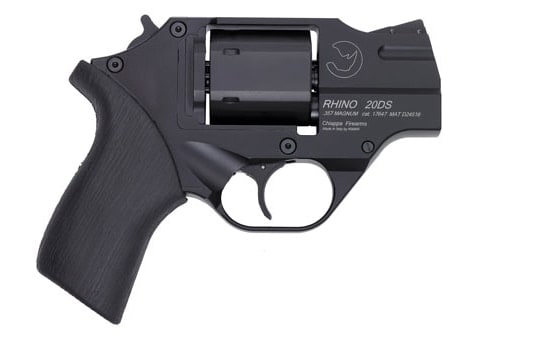 Now Slickguns.com has a ton of these listed online. The Rhino might be a kind of an ugly revolver, but that unique design serves a purpose. The barrel is inline with the bottom of the cylinder. The repositioning of the barrel helps reduce muzzle flip, so when you shoot a .357 Magnum round, it feels more like shooting .38 Special.

Features include a flat cylinder, a lightweight aluminum alloy frame and a double-action only trigger. It’s available with a two-, four-, five- or six-inch barrel. But the best deal for a Rhino right now is the two-inch barrel, which is optimal for concealed carry. It’s available for $677 – that’s about $75 off MSRP. But if you’re looking for one with a longer barrel than you’re looking to drop at least $800.

Now, you can probably find a Mosin-Nagant 91 at your local gun store sitting on the discount rack – maybe even collecting dust. The M91 were dependable military rifles – on par with the Springfield 1903 – but now they’re primarily for fun, hunting and competition. And there’s a lot going on with old military rifles, too, like the Civilian Marksmanship Program’s Vintage Military Rifle matches.

This mass produced beauty is about as no-frills as it comes. It features iron sights and a wooden stock.

But the real reason I’m telling you about this deal is the availability of ammunition. You can get 440 7.62x54R rounds for $77. Or if that’s not good enough, buy 880 rounds for $165. Basically what I’m saying is there’s plenty of ammo available for cheap.

Slickguns.com has a top rated one for $79, but you have to be a little careful with surplus rifles. Just be sure it’s in decent condition before buying it. $79 isn’t much, but it’s enough to feel ripped off. 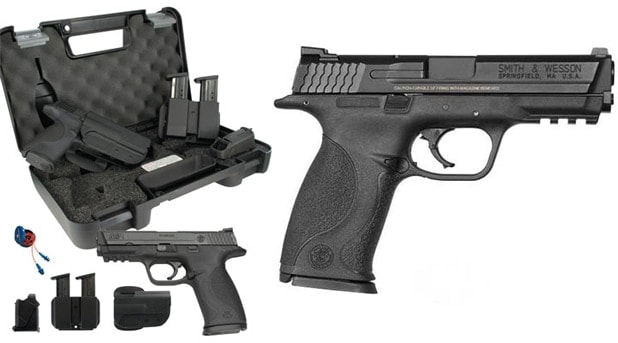 What I like about this deal is that the S&W M&P9 is brand new and comes with a ton of accessories – and at $507 it’s about $50 less than MSRP and it ships for free. M&P pistols are comparable in quality to Glocks. They have a polymer frame, steel slide, and they weigh about 24 ounces or 1.5 pounds, that plus 9mm makes for an easy gun to shoot. The M&P9 is a great first gun, too. Especially if you’re thinking about getting into competitive shooting like IDPA, IPSC or USPSA.

Features include stainless steel construction with matte black finish, interchangeable grips, a Picatinny under-barrel rail, and a trigger safety similar to whats found on a Glock.

Plus, since it’s a new gun, it comes with a ton of accessories. The factory kits are pretty good – by that I mean, they come with everything: the gun, two magazines, magazine pouch, holster, ear plugs, reloader and cleaning kit. A lot of people do replace the holster, but other than that, you’re good to go. 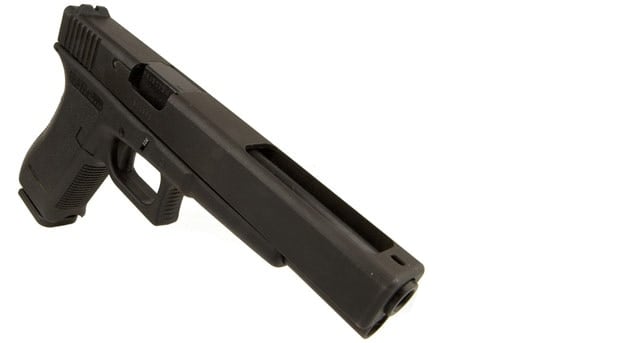 I chose this deal in the spirit of competitive shooting – plus I’m a sucker for target guns. The Glock 17L is a 9mm target pistol. It has an extra long slide in turn and extra long barrel (6.02 inches!). Not only that, it has adjustable sights.

Otherwise it has all the same Glock features such as a Tenifer finished steel slide, a polymer frame with a rough textured grip, and a safe action trigger, which makes it practically dummy proof because there’s no manual safety to fool around with.

I have yet to here a convincing complaint about the Glock 17 – the Glock that started it all. There’s plenty of reason to own a Glock (click here for seven). This Glock 17L is available for $615 and shipping for free.

The last deal is for the hunters out there. It’s Weatherby Vanguard Synthetic bolt-action rifle chambered in .308 Winchester. Now the price caught my eye before I noticed that the users of Slickguns.com gave it an almost perfect rating. It’s priced at $362, which is about $80 off of MSRP.

Now the Vanguard series is actually Weatherby’s economical series of hunting rifles, which means instead of a Walnut stock, they have a synthetic stock. And that’s fine. The action doesn’t change and the performance isn’t sacrificed either.

It features a steel barrel and receiver with a bead blasted finish, a trigger factory-tuned to 3.5 pounds, but it’s also adjustable, and its bolt has a fluted body. Plus .308 Winchester is great for hunting and it just happens to be that time of year again when a .308 hunting rifle becomes useful.

Weatherby is a nice American company. They’re very open about their products and their customer service is also easy to work with. $362 is a pretty good deal for something of such high quality.

…those are the five deals we’ve picked out for you. We hope you liked them and if you have some that we should know about, let us know below.