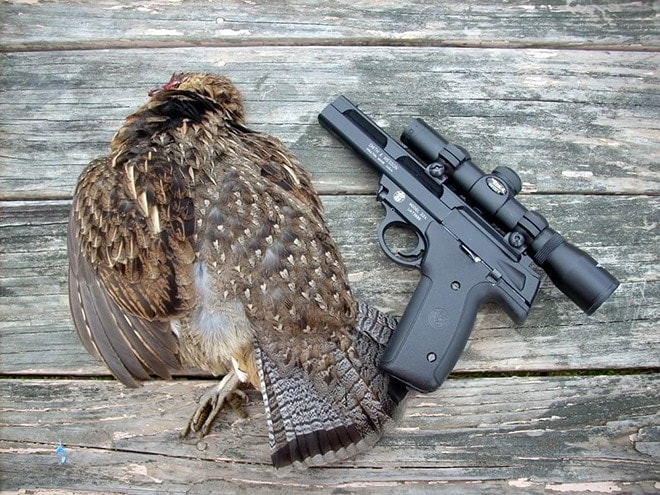 Over the years much ink has been spilled over which caliber should be used for downing just about everything — from the tiniest squirrel to the most massive pachyderm walking the plains of Africa, to that deer or elk you caught on your trailcam last season. I find most of these types of articles focus on terminal ballistics, but really the caliber you choose should be directly informed by the shots it will be necessary to make in order to bag your game animal.

If you spend enough time in the woods or around hunters you will hear about or see for yourself instances of animals that are gut shot or that are not hit cleanly. In these cases, the animal either has to be shot a second time or, in the worst case, is never found.

I can recall when I young being paired with a friend of one of my relatives on a hunt. In two days he shot two deer and lost them both due to lousy shot placement. His gun should have easily done the trick as he was using a 12 gauge shotgun loaded with slugs. From what he described to me, he hit one four-pointer too low and far back and the second he even admitted was too long of a shot. He struck that spike buck in the leg. We found some blood but could not track down the deer.

Another time I got a call from a friend to tell me that a younger hunter he knew had shot a deer and needed help processing it. When I rolled up on the scene, what I saw was a deer that looked like it was the bad guy at the end of a Hollywood action movie. It was riddled with .30-06 caliber holes — six of them to be in fact. This deer had been raked from stem to stern, chest to hindquarters. With a single round placed properly, the young hunter’s .30-06 would have killed this buck deader than Julius Caesar, but his poor shot placement gave him an adventure in field dressing as the deer was gut shot so badly, I don’t know how he was able to salvage any meat. 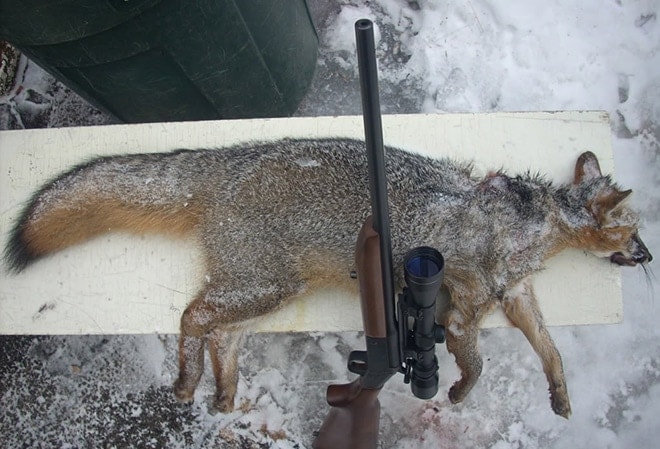 One big mistake I see hunters continue to make — because they feel the need to hunt game with something the equivalent of a cannon — is choosing a caliber that’s recoil causes them to flinch or jerk the trigger in anticipation. Universally, this will make your shots in the field go off course. I once knew a hunter who used to hunt whitetails with a .300 Winchester Magnum. A great round, but I watched him shoot it and he could have gotten by so much better with a .308 or a .270.  But he was worried caliber… in the wrong way.

The way you get your best shot placement for any caliber is, of course, through practice. But this includes knowing the anatomy of the animal you’re hunting. It’s easy to imagine where the vitals are on a deer but do you know exactly where the lungs are? Do you know where the heart sits and how it sits in the chest compared to the rest of the organs? How about where the shoulder blade is in comparison? I have seen with my own eyes deer smacked in the shoulder with a bullet, surely breaking bone, but still manage to run off.

Targets that show the vitals of an animal are one of the best ways to learn, but practice should strive to be as realistic as possible. There are not too many times you are going to be shooting animals off of a sandbag rest as they stand broadside. As a handgun hunter, one of the things I like to do is to practice in some of the positions that I know I am going to be sitting in on the hunt. I’ll place a whitetail deer target out to about forty yards and then sit in a chair without any gun rest since that is how I will be sitting when I hopefully see a deer come my way. This gives me an honest idea of what I can do with the gun and a realistic picture of my range. You could and should do this with whatever gun you are going to be hunting with, and don’t forget to include shooting offhand as well. 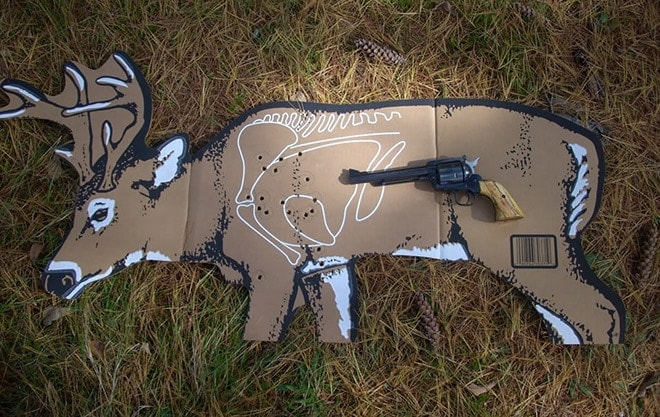 Simple targets that demarcate the vitals of game animals are useful but not perfect. (Photo: David LaPell)

In the old days I recall seeing pictures of hunters with rifles that were nowhere near as advanced as some of today’s guns. They didn’t have the higher quality bullets or even optics available. I recall seeing some of the deer my grandfather would bring in during the season with nothing more than a muzzleloader using a traditional round ball which was all that was legal then or his .30-30 Winchester. What I do know is that he was careful about his shots. Over the decades he made that little Winchester simply an extension of himself. Compared to some of the modern rounds out there today it is a peashooter.

There was another man I used to hunt with who also for many years carried a .30-30 Winchester and who was also a skilled shot. I found out that he had been using that rifle since 1959 and as far as I know he may still be using it. Shots on his deer were always hit right where the bullet needed to be with some dropping where they stood.

Picking the right caliber for hunting is certainly a smart thing to do, but don’t think a powerful round is a crutch for poor shooting. Learn to place your bullets where they need to be as precisely as possible and you can assure yourself a better chance of having venison in your freezer instead of eating track soup for the winter.