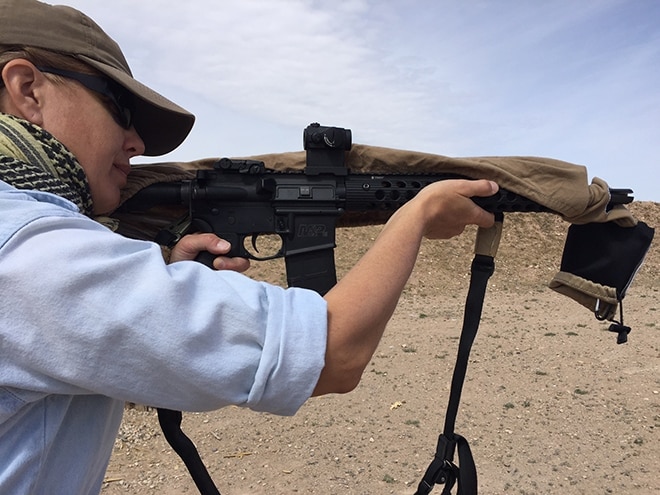 Alpine Innovations AR slicker in use by the author. The slicker is designed to protect the weapon against the weather and optics against moisture. (Photo: Team HB)

Among the baubles and guns in the SHOT Show 2016 New Product Center was something a bit unusual: a raincoat for ARs.  Naturally, we had to check it out. 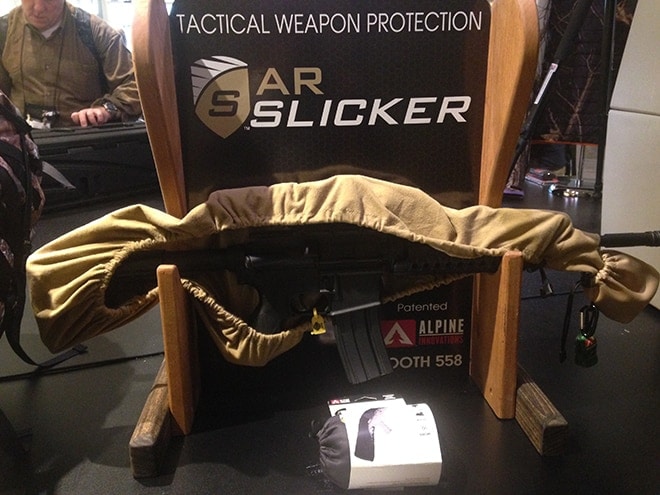 Alpine Innovations makes the AR Slicker, and a companion product for long guns called, simply, the Gun Slicker.  Both are made to protect firearms and mounted accessories from moisture.

The construction of the AR slicker is a lot like that of a shower cap. The waterproof outer layer protects a gun from precipitation, and the opening is elasticized all around.  One difference between a shower cap and the AR Slicker is, the Slicker is lined with soft, lint-free fabric to protect your valuable gun and accoutrements from scratches. 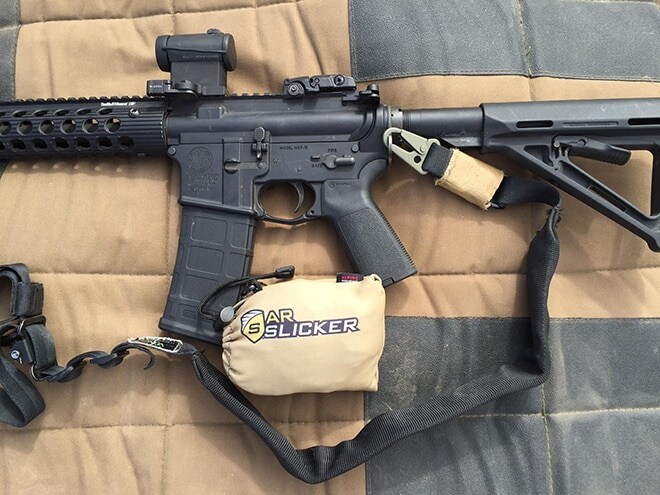 The shape of the Slicker is oblong when unfolded, and there’s a finished, hemmed hole at one end.  We were puzzled by this and called Alpine Innovations for information.  Turns out, it’s a shooting port. Of course, the mid-section of the Slicker must be pushed aside long enough to use an optic or sights and shoot, however it stays in place nicely and allowed for complete and safe operation of the AR. 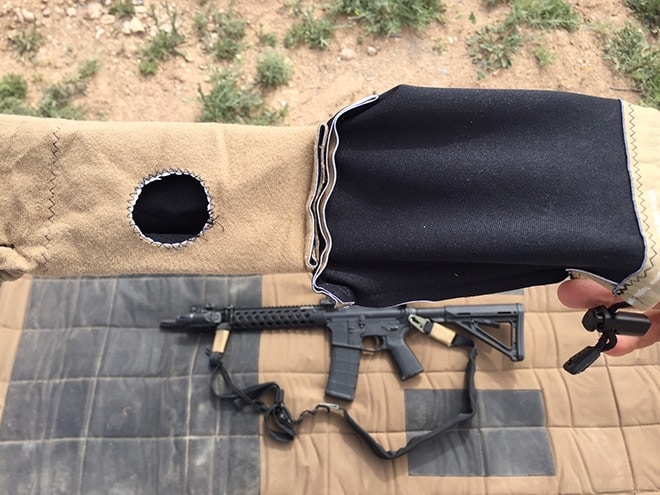 Detail of inside of AR Slicker. (Photo: Team HB)

We found the Slicker to be easy to move out of the way and back into a gun-protecting position while walking, stopping to shoot, and then covering the gun to walk again.  While we haven’t had enough rainy days to test how it performs in keeping optical glass dry and clear, it’s obvious it would be effective for that purpose.  That’s a big asset for anyone using any sort of optic.

As for the shooting port, Alpine Innovations advised to keep the continuous fire rate to ten rounds or less while the gun is garbed with the Slicker.  That’s due to heat buildup and the potential for the barrel to melt the Slicker’s synthetic material. 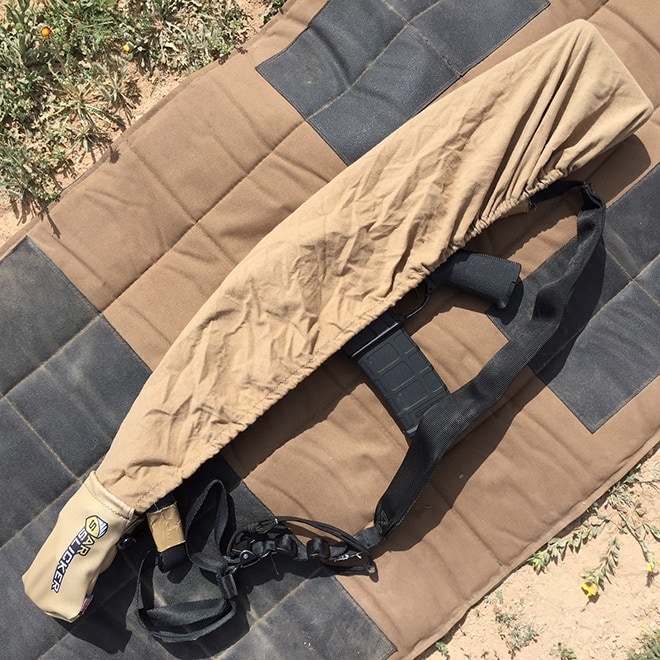 AR slickers are available in flat dark earth and black.  The black has some sheen to it; for our local dusty desert environment, FDE would be my choice.

Portability is excellent.  The AR Slicker Is carried in a drawstring pouch that folds to about the size of a softball, and remains soft and flexible even as it’s densely packed.  This is due in part to ingenious design—the carry pouch becomes part of the slicker when it’s opened up.

Most AR owners have invested substantial funds and time into putting together the perfect carbine setup. The AR Slicker ensures that investment will be protected in bad weather.  It also gives hunters every chance to make perfect shots on wet mornings by keeping optical devices free of vision-occluding moisture. 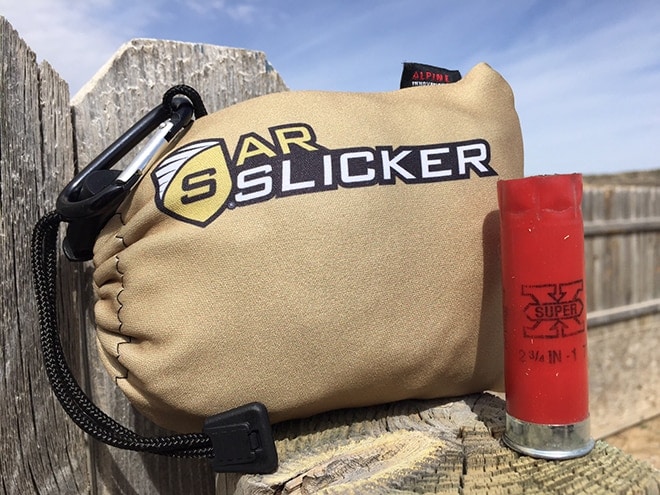 It was nice to have a live and knowledgeable person answer Alpine Innovations’ public phone number when we called to ask a question. Thumbs up to the company for their customer service.

The AR Slicker’s price is $29.00. It can be purchased at the Alpine Innovations website, along the rest of their slicker line—for long guns, binoculars, spotting scopes, and rifle/bow optics.