A few months back, my mother decided she wanted to upgrade her concealed carry pistol.  She came in for a visit and we talked at length about her options.  I had a couple of pistols in for review, and I borrowed some other typical carry guns from friends, all with the intent of finding the perfect gun for her.

In the end, she decided on the Ruger SP101 in .357.  She couldn’t work the slides on any of the autos.  Not reliably, anyhow.  She could muscle it back, but the experience was painful and unsafe.  So she went with the revolver.

The choice was right for her.  I still think it is.  But some of you wrote about in about an option I hadn’t considered.

The concept is easier to see than is to explain. Two milled aluminum halves join with a simple pin and a small bolt.  It slides over the rear of the slide and is easily tightened down.  The groves in the handle align with the cuts in the slide.

The Slide Pull is simply a loop that attaches to the back of the slide.  The index finger of the support hand holds the loop, and then both hands move in opposition.  The movement is easy and natural.  More importantly, the Slide Pull makes charging consistent and much safer. 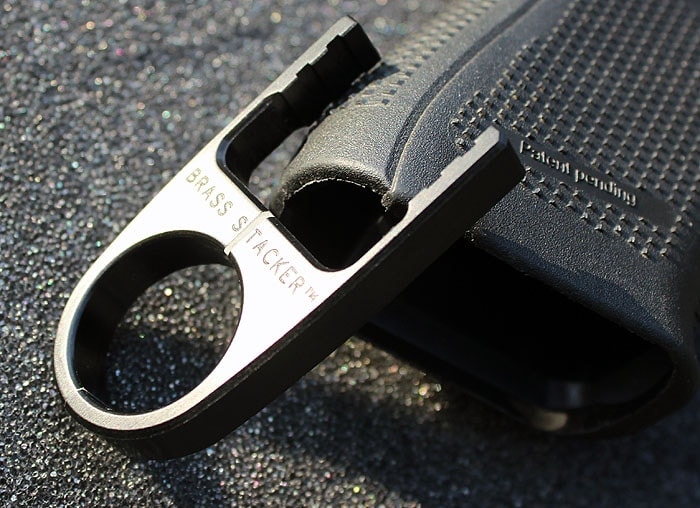 I keep coming back to the safety issue.  In the video above, my wife provides a fine example.  Despite our conversations about trigger safety and where her fingers go, she needed to wrap that fourth finger around the gun for grip and leverage, and so it fell to the trigger.  And she was so focused on the slide that she wasn’t paying attention to the trigger.

With the Slide Pull in place, she could move things much more easily. 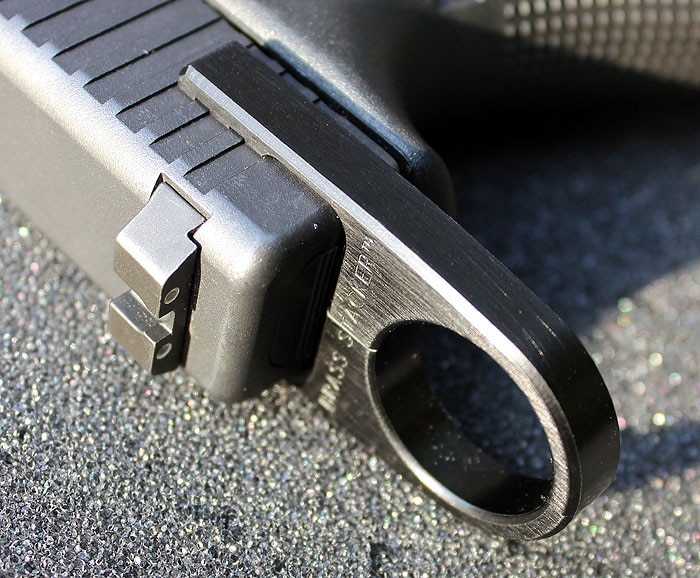 The Slide Pull fixes the leverage problem.  Or is the grip problem?  I’m not sure it isn’t a combination of both.  Those of us who don’t experience this problem rarely think about it.  I grip a Glock and knock back the slide with no difficulty.  I do it all the time, so frequently that I have callouses on the meaty part of left index finger.

But others don’t.  And they have difficulty pulling the slide back.  Or they can’t hold it securely enough to get it all the way back.  Or both. 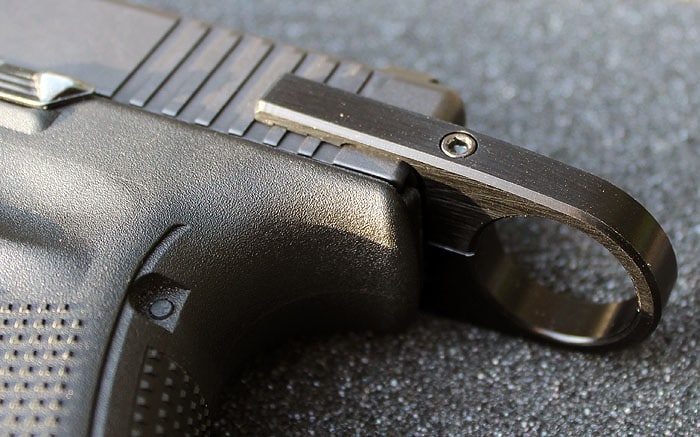 Without a charging handle, a gun like this Glock 19 could be useless.  If there happened to be a malfunction with the gun, it might be useless.  Limp-wristing a Glock isn’t easy, exactly.  But think about the demographic we’re talking about.  Shooters who have difficulty managing a slide are the most likely to have a failure due to a weak grip. 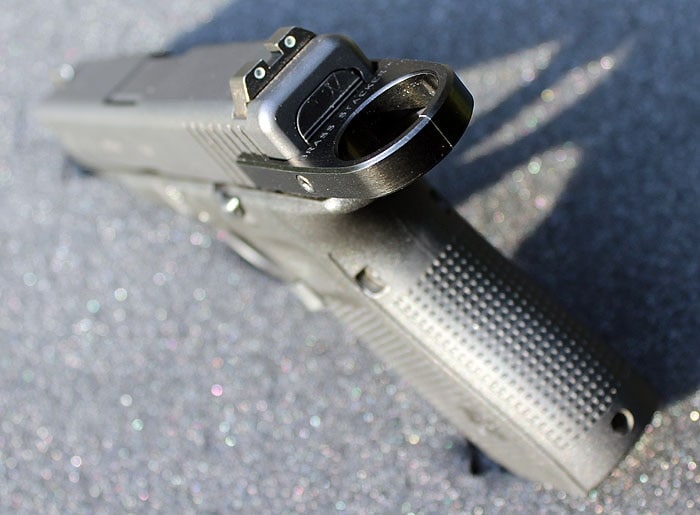 The Brass Stacker, though, makes it practical again.   The handle rides high enough that it won’t come back and bite your hand when you shoot.  It adds a modest inch or so of length to the rear of the gun, but won’t add so much that it becomes difficult to conceal.  You may drop a bullet here and there when you go to unload a gun, but that can be done safely.

The MSRP on the device is $42.  They currently make the Slide Pull for most Glocks, and the Springfield Armory XD line.  And they’re working on others.

It works great.  If you need one of these, it will make shooting easier.  And it will make carrying much more practical and safe.  So pass on the word.  That’s how I found out about it, and that’s the only real way to ensure that they’ll still be around when the rest of us need them.